Get a Closer Look at the OVO x Air Jordan 8 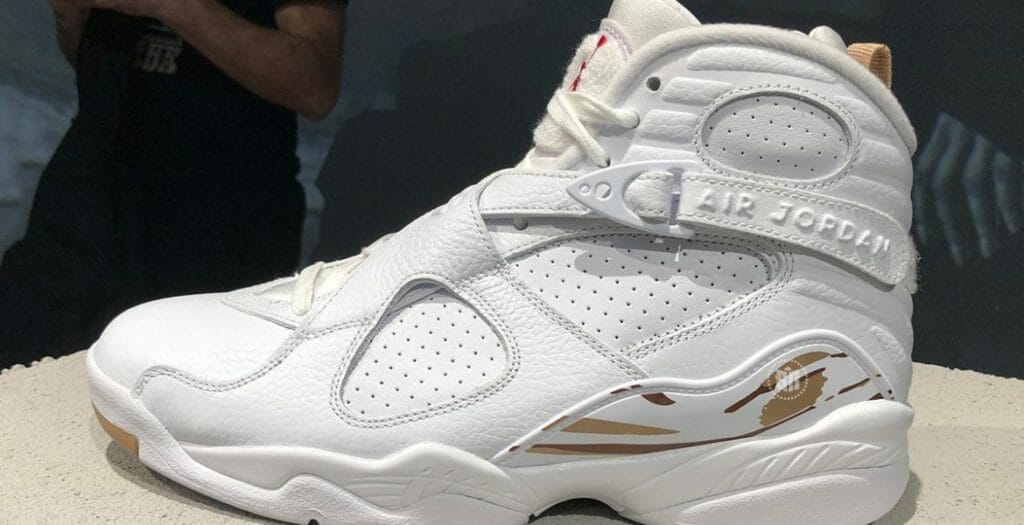 Canadian rapper Drake has collaborated with the Jordan brand before, and it was a huge success. Now he’s back with a brand new team effort, this time around he’s chosen the Air Jordan VIII as his blank slate, and so far the duo’s efforts look amazing.

The OVO Air Jordan XII released back in 2016 and was an instant success. It sold out instantly as pairs were snapped up by sneakerheads, Drake fans and resellers alike. They’re still a desirable model even now, and often sell for over three times retail price. Now, the Canadian superstar is back, and joining forces with the Jordan brand once again. The model of choice this time around is the Air Jordan VIII, and with images of both a black and white colourway floating around they’re looking extremely clean.

The sneakers follow very visually similar colourways as the XII’s that we saw two years ago, with both colourways featuring exquisite looking gold details. Air Jordan branding can be found on the strap and tongue of the sneaker, and the iconic OVO owl can be found on the pull tab, located on the rear of the shoe. Fans around the world are already hyping over this sneaker, and with the fanbase that Drake has under his belt we’re honestly not surprised.

There’s been no word from Nike or Drake on an official release date yet and these are only leaked images so nothing is confirmed, but we’d expect the sneaker to drop in the coming few months. If you are planning to get your hands on a pair of these, make sure have a solid plan in place for drop day, as there will be many wanting to get their hands on a pair of these.

Where to buy a pair of OVO x Air Jordan VIII