From The Vault – The Nike Air Max 90 Hyperfuse “Independence Day” 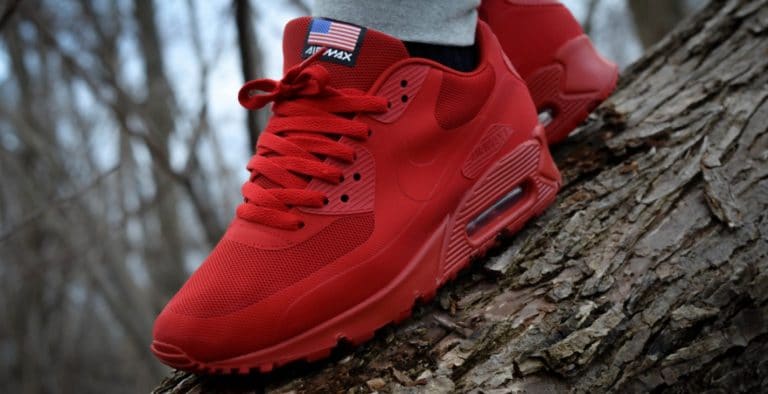 Releasing originally in 2013, the “Independence Day” pack is definitely one of the most talked about sneaker releases of the past 5 years. Even now, 4 years later it still has a significant resell value, however you might struggle finding a pair in deadstock condition.

As stated above, the Independence Day pack, consisting of 3 colourways, originally released back in 2013. The idea behind the pack was to pay homage to the USA, hence the red, white and blue colourways that launched. The release took advantage of the then relatively new Hyperfuse technology. Some of you may be wondering what Hyperfuse actually is, well, it’s a method of construction that involves fusing three different layers of material together using a hot melt process. This creates an extremely sturdy upper, and new levels of breathability as well as comfort. 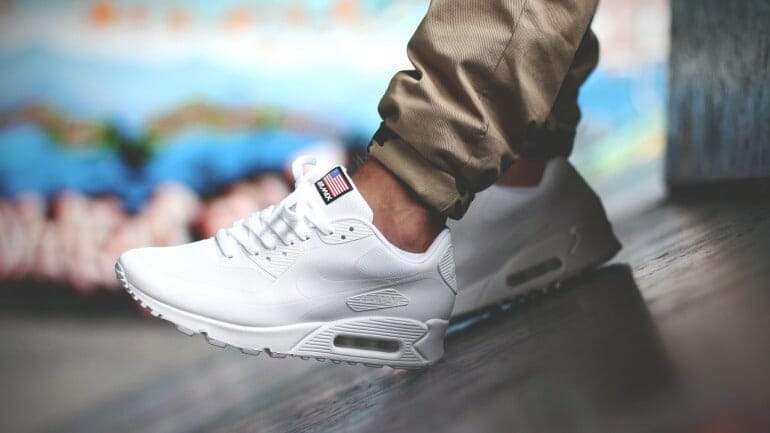 All 3 colourways are totally monochromatic, except for the USA flag and “Air Max” branding printed on the tongue. This release was also one of the most highly faked Nike’s ever. Factories across the world were churning out hundreds of thousands of near exact copies, and the market became flooded with them at one point. The only thing that made fakes distinguishable from genuine Independence Days was the fact that the fakes could never get the size of the flag on the tongue right. So much so that an internet meme was created amongst sneakerheads “Flag’s too big”. 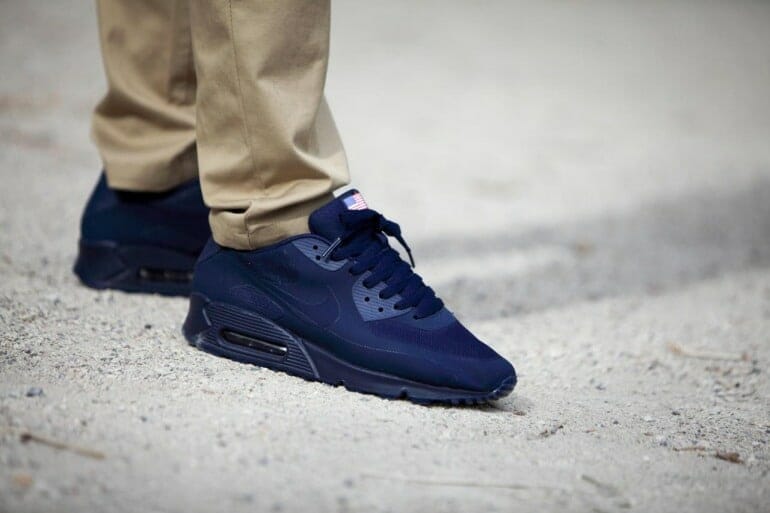 Part of the reason behind the hype of the Independece Day pack, was the fact that the world famous rapper Kanye West famously wore a pair. Of course, millions of people saw the photo of Kanye wearing them, and then straight away wanted a pair. He didn’t actually rock his pair until a few weeks after release, meaning they had already sold out, so this drove resell prices even higher than they already were. The star actually wore all three colourways on separate occasions, this was before Kanye signed his deal with Adidas and when Nike Air Yeezy’s were still all the rage. 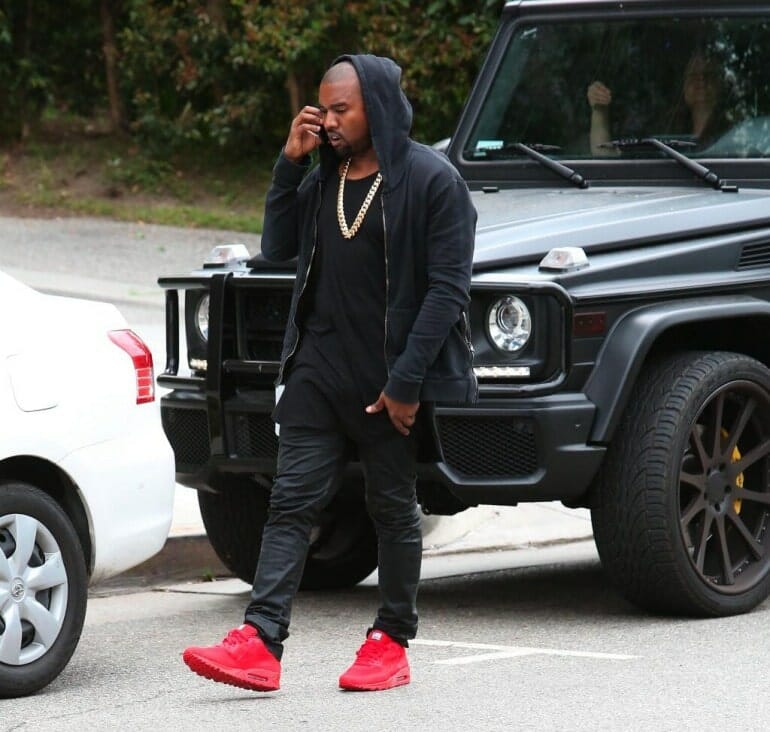 If you want to get your hands on a pair now, be prepared to have a lot of cash waiting. Alongside this, a lot of people who bought this release actually wore them to death. Therefore, you’ll struggle to actually find a pair in wearable condition first. Hyperfuse material also gets especially dirty very quickly, which doesn’t help trying to keep them clean.