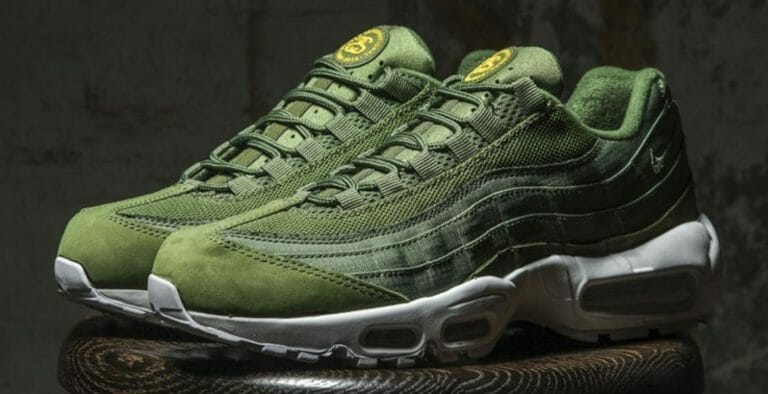 Stussy and Nike are two brands that both have impressive histories, centred around the sneaker/streetwear scene. Back in 2015, the two brands joined forces (not for the first time) to create a limited edition Air Max 95. We’re taking a look back at the sneaker and the hype surrounding it.

Stussy are a brand that have an immense history in the world of urban and street culture, they really are the OG’s when it comes to streetwear. They were a reputable name before the likes of Supreme, and many other brands that were birthed from their legacy. These days, they’re still going just as strong as ever. Nike are arguably the biggest sneaker brand in the world, and they’ve collaborated with Stussy several times throughout their history. Models such as Air Huarache’s, Air Huarache Light’s and Blazer’s have all been used as base silhouettes over the years. However, in 2015, the Air Max 95 celebrated its 25th birthday, and as part of the celebrations, Nike asked Stussy to input on the design of a brand new set of colourways. 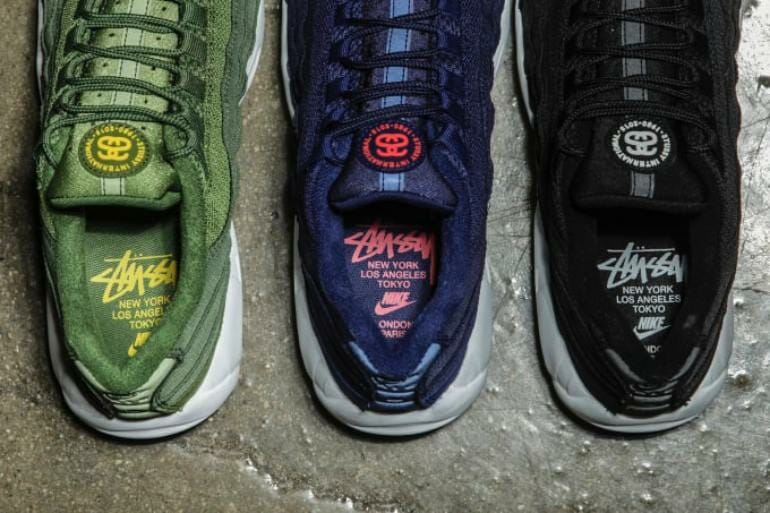 The result was a trio of simple colourways, with an added Stussy touch. The colourways consisted of black, olive, and navy blue – all finished off with a crisp white midsole. The olive version features yellow detailing, whereas the navy blue rendition is finished off with contrasting red details. The black colourway keeps it monochromatic and features white detailing. All the usual Air Max 95 features are present here: there’s no point in messing around too much with a classic – that’s pretty much guaranteed failure. What this model does extremely well is the minute details. The tongue tab features Stussy’s iconic interlocking S logo, which is instantly recognisable, and the insole is adorned with the Stussy “World Tour” logo – which I’m sure you’re all familiar with. 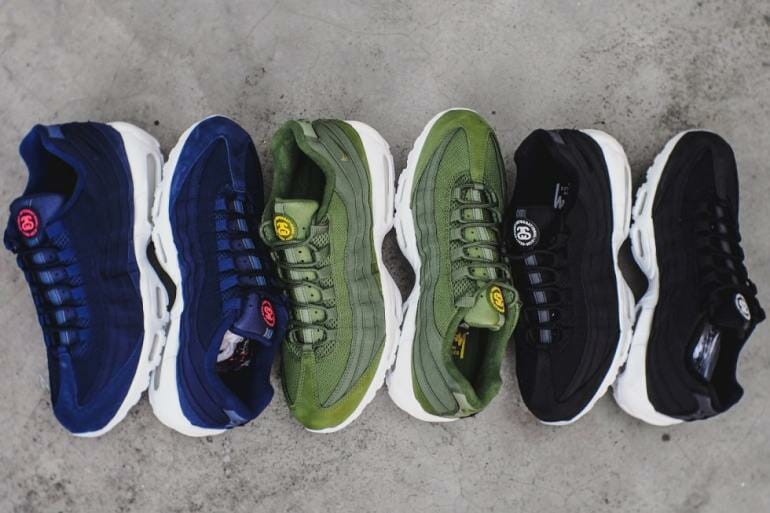 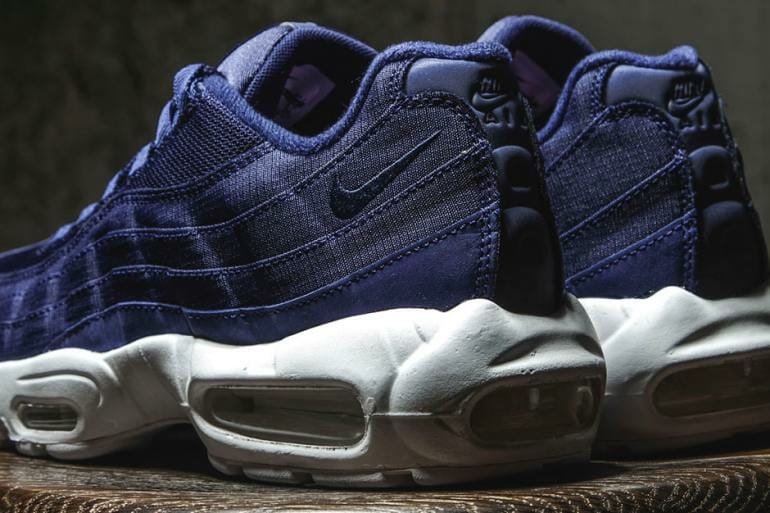 If you want to get your hands on a pair of these beauties today, your only option is going to be the resell market. Although, these don’t actually sell for that much above the original retail price. You should be able to get your hands on a pair for around the £200 mark, which as it goes, isn’t too expensive. The only issue you might face is tracking down a pair in your size, as these don’t actually come around for sale too often. However, if you wait it out you should be able to grab them eventually – they don’t hold the same mythical status as other Stussy x Nike collaborations do.