From The Vault – Nike x VLONE Air Force One 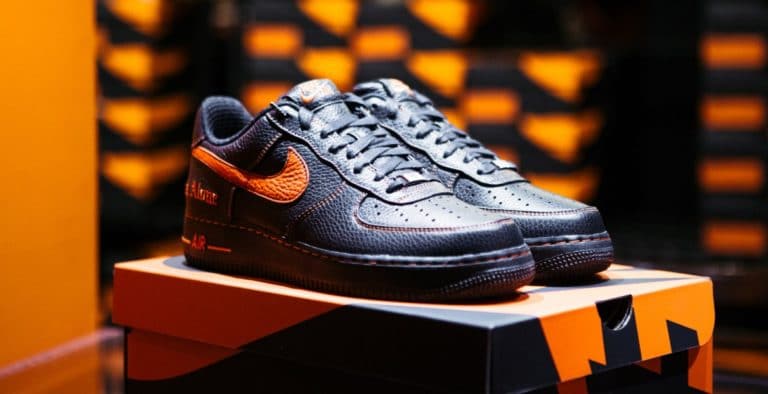 Everyone loves an Air Force One, but remember what happened earlier this year when one of streetwear’s biggest influencers got the chance to create his very own premium quality AF1 silhouette? Yeah, everyone went mad for it and queues were insane.

Rewind way back to around November 2016. Images were starting to leak of a completely leather black and orange Air Force One featuring ASAP Bari’s very own VLONE branding on the heel. Were they real? Were they samples? Were they simply a fake? For a long time, no one knew. Eventually, after several more images leaking and a whole lot of hype created in the process, the Nike x VLONE Air Force One Uptown was announced officially in early 2017.

To give a bit of backstory, ASAP Bari is one of the founding members of the NYC based hip-hop collective ASAP Mob. Bari is not a rapper himself, more a creative. He was formerly head of design for ASAP Rocky’s tour merchandise. In 2011, the designer founded his own streetwear label – VLONE. Bari worked on his project for 3 years solidly until the first collection was debuted in 2014. Between then and now, huge hype has been created around the brand and it’s a favourite for streetwear fans around the globe. 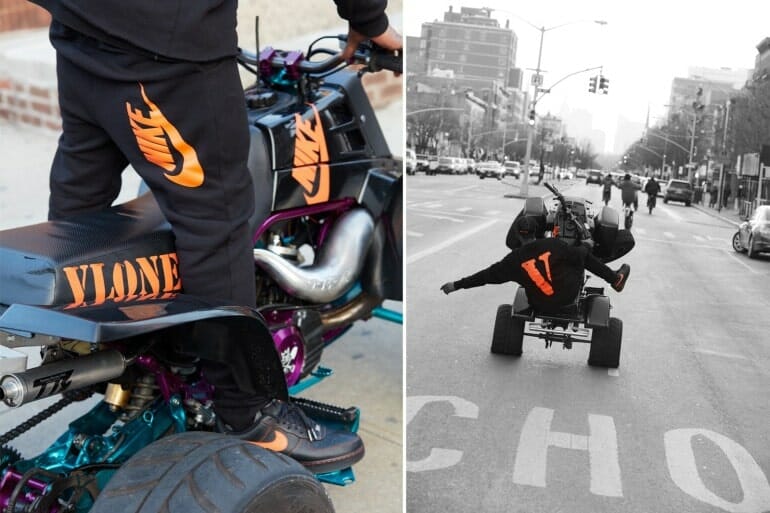 Bari regards himself as “just a kid from the hood”, therefore to collaborate with Nike was obviously a huge dream for him. The sneaker eventually released in February 2017. It dropped in Nikelab stores and pop-up shops around the world. Of course, it was stupidly limited and streetwear kids/sneakerheads were queueing for hours on end to try and get their hands on a pair. Alongside the sneakers, a whole load of apparel also released, including long sleeve T-shirts, bags, and even basketballs. 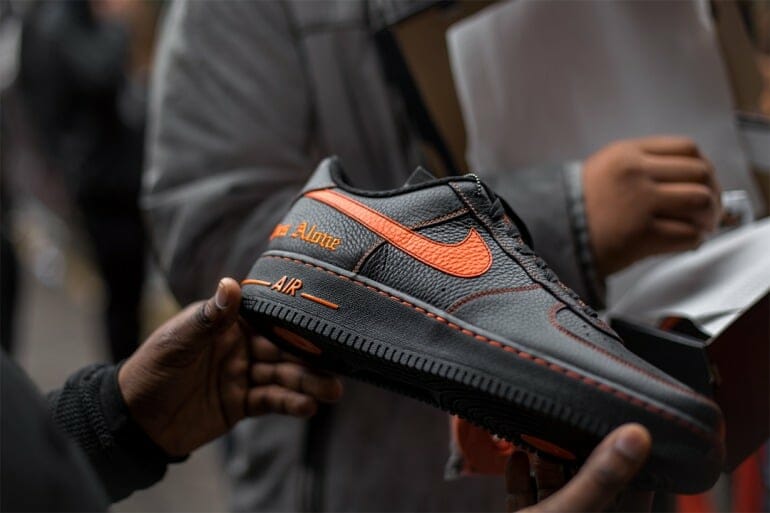 The Air Force One’s themselves were huge design wise. Constructed entirely of premium leather, they’re certainly durable and able to withstand wear and the elements. They feature VLONE’s signature “V” branding on the heel, and underneath this “Every Living Creative Dies Alone”, another VLONE slogan. The black and orange colourway is instantly recognisable on the street, and extremely on trend still now. 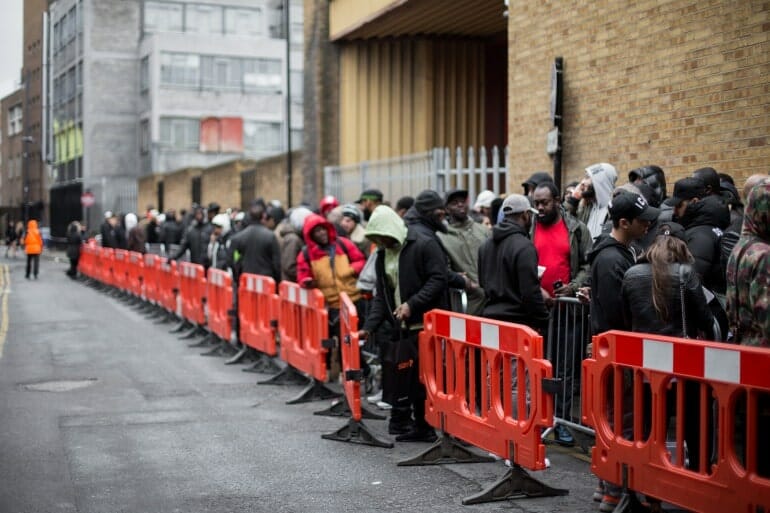 After the initial release, pairs were reselling for totally insane amounts, rocketing the VLONE Air Force One into an instant classic. Resell prices were around £1200 for a good amount of time, and even now you’re looking at over £1000 for a brand new in box pair. ASAP Bari clearly understood his target market extremely well, as the VLONE AF1 is pretty highly regarded as one of the best sneakers of the year, and is likely to still be a classic for many years to come.