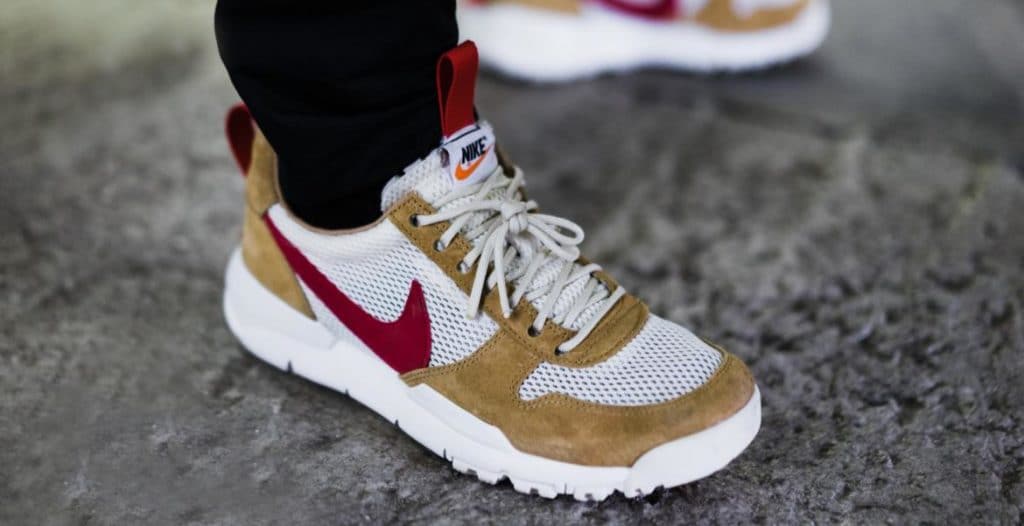 Mid last year, Nike decided to revisit one of their most epic sneaker concepts of all time, the Mars Yard, in collaboration with Tom Sachs. This new version was titled simply the Mars Yard 2.0, and it instantly became a highly desirable and classic silhouette.

The original Nike Mars Yard sneaker saw an extremely limited release back in 2012. It released as part of the SPACE PROGRAM 2.0 exhibition that took place in NYC. Tom Sachs worked in close conjunction with both Nike and NASA, and attempted to create a Nike sneaker suitable for use in space. The resulting sneaker was the original Mars Yard. However, when it was actually put to use it underperformed, despite passing all the necessary tests beforehand. The shoe still became a highly desirable silhouette amongst sneakerheads though, and went on to sell for some pretty crazy prices via the resell market.

Of course, Sachs was disappointed with this result. Therefore, he spent the next five years working harder than ever to perfect his design. On July the 27th 2017, we were blessed with his brand new and updated version of the NikeCraft sneaker, titled the Mars Yard 2.0. The shoe featured small but significant updates – mostly technological and not visibly noticeable, but on a sneaker of this magnitude they made a huge difference. The entire upper was created from a more breathable mesh material, meaning fewer weak spots, all stitching was created to adhere maximum stress, and the SFB style midsole had been inverted to allow for many more miles of wear before damage started to show.

The pair have now become an absolute modern classic, and are one of the most desirable silhouettes to release last year. They were voted the “sneaker of the year” multiple times by many different outlets (including us), and resell for extraordinarily high prices. Personally, I believe that the unique selling point for this pair is the fact that they’re just so wearable. They can be easily matched with virtually anything – denim, workpants, cargos, and even tracksuit bottoms. They’re also instantly recognisable due to the iconic colourway and materials.

If you’re looking to get your hands on a pair of these classics now, unfortunately your only option is going to be the resell market, and they don’t come cheap either. Prices on eBay currently range from around £800 all the way up to £1500. If you wait it out a while you may be lucky and find a cheaper price, however we wouldn’t advise waiting too long as it prices will only rise as time goes on. Also, please be aware that there are fakes of this sneaker on the market, so make sure you get the pair you’re considering buying thoroughly legit checked before dropping that amount of money.

Where to buy a pair of Nike x Tom Sachs Mars Yard 2.0