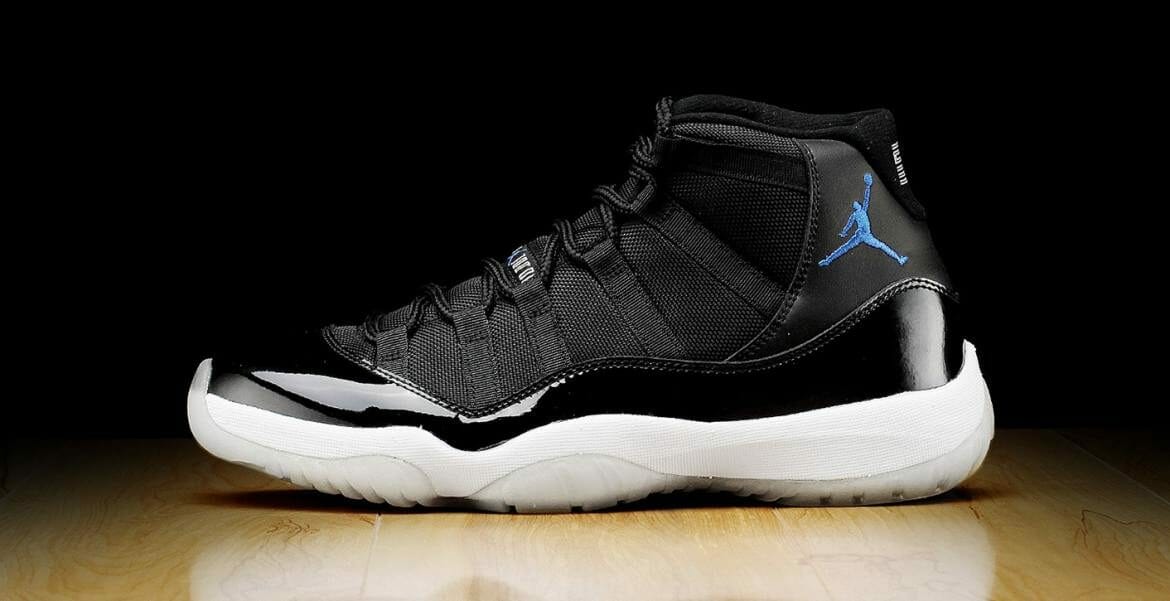 The Air Jordan XI is a much loved silhouette by all sneakerheads, not just fans of the Jordan Brand. One of the most iconic XI colourways is the “Space Jam”, taking its name from the 1996 cult film of the same name. We take a look back at the sneaker and its history.

The 90’s classic Space Jam actually featured Michael Jordan himself, as well as Looney Tunes character Bugs Bunny. Four years after the film debuted, the Air Jordan XI was released, sending shockwaves throughout the sneaker community and introducing a whole new generation to the legendary Air Jordan series. The “Space Jam” colourway was worn during the NBA playoffs in 1995 by Jordan before the XI had even been unveiled, causing a vast amount of hype, and then they were seen again worn by the star throughout the film itself. The colourway didn’t release until 2000 – five years after they were first seen. 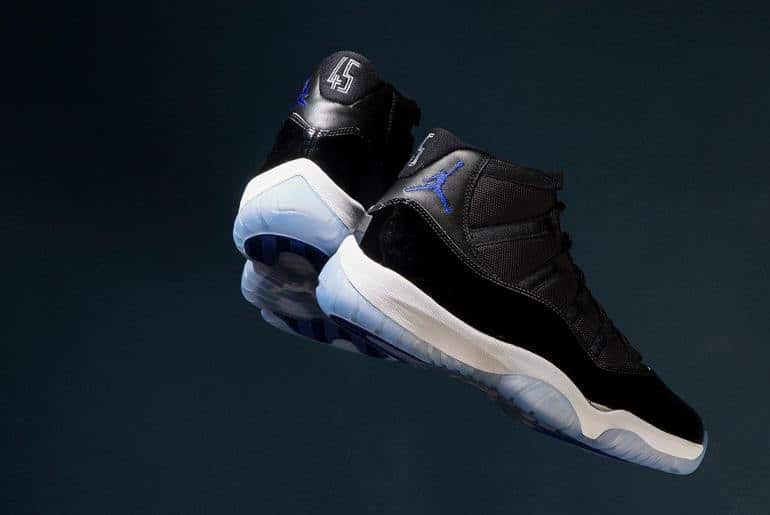 The Jordan XI itself is a futuristic looking colourway, showcasing a variety of materials and different construction techniques. The Jordan Brand’s famous “Jumpman” is featured on the rear side of the sneaker and the number 45 is embroidered onto the heel tab. The colourway itself just flows perfectly – the black and white are quite simply classic and we can’t pick any flaws with that. The whole look is finished off by ice blue detailing, seen on the Jumpman and the sole. This rendition of the AJXI is just so easy to rock, as they look great matched with the right pair of denim, and even with tracksuit bottoms for a sportier look. There’s been a low version released several times also, however it’s the OG high version that always brings the hype. 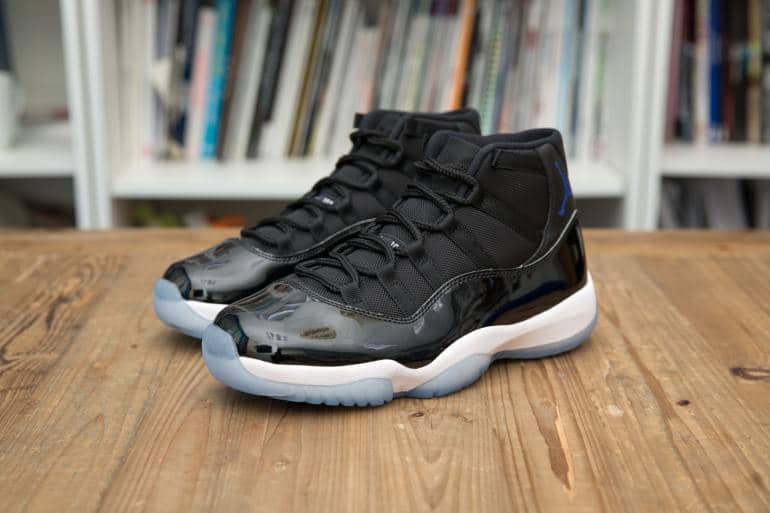 The colourway has had two retro releases over the years: the first was in 2009, and the re-release was met with just as much hype as the original, with fans queuing up outside stores from the early hours to make sure they got their hands on a pair. It was also a similar situation when the shoes released again for the third time in December 2016. I actually attended the drop at a sneaker retailer local to me, where there aren’t usually large queues for releases, however this time it was evident that these Jordan’s were a seriously popular pair. 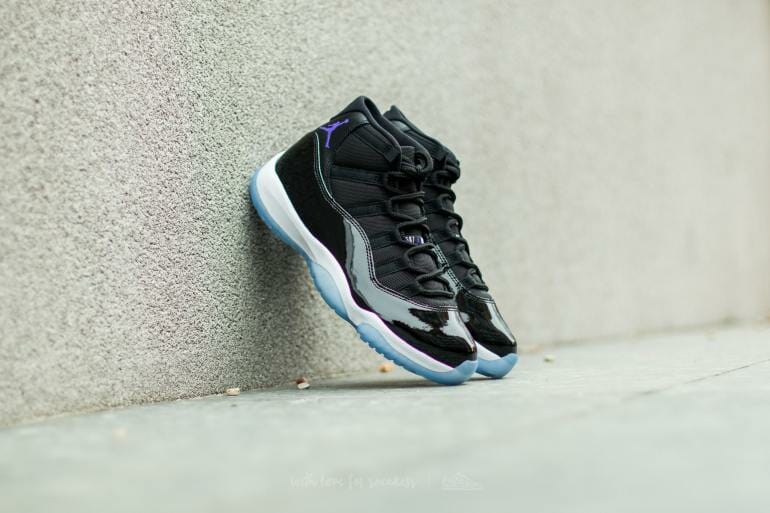 If you want to get your hands on a pair of Space Jam’s today, you’re going to have to turn to the resell market until they are treated to their next retro release, which could be years away yet. Luckily, they can be picked up for not too much above the original retail price. We wouldn’t advise paying over £200 for a pair of the 2016 release – any more and you’re being ripped off. If you can find a pair for around the £150 mark you’ve bagged yourself a bargain – cop away. In regards to fakes of these, they’re not commonly faked but we wouldn’t rule it out, so make sure you legit check the pair before handing over your money.