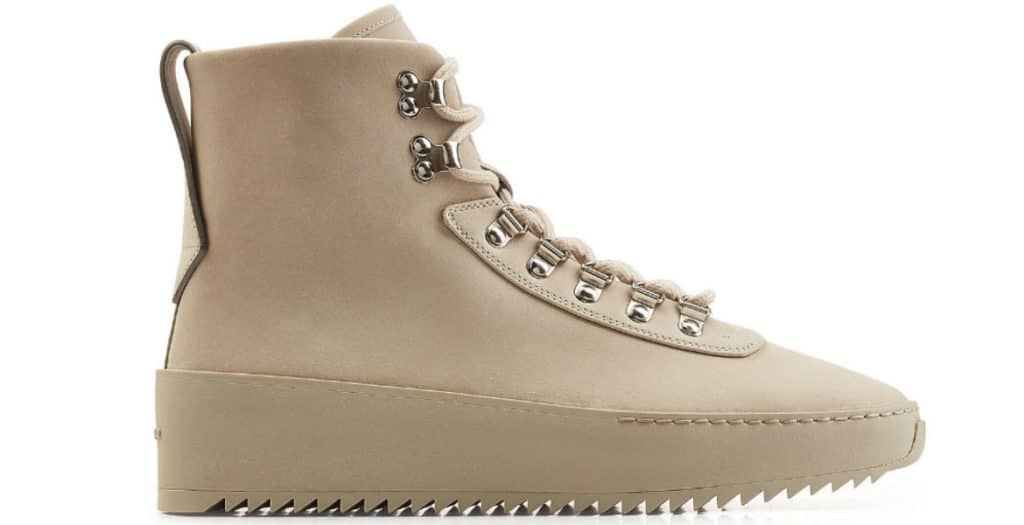 Jerry Lorenzo has announced the drop of three new military sneakers for his label Fear of God. Set for a December 9th launch exclusively at Tokyo retailer NUBIAN UENO.

Announcing the release of the three new silhouettes through his personal Instagram page, Lorenzo’s newest collection of footwear is dropping tomorrow exclusively in the Tokyo based retailer NUBIAN UENO.

Since Kanye West’s Yeezy Season 1 popularised the Military aesthetic, Jerry Lorenzo’s LA based Fear of God label has been a mainstay for fashion enthusiasts to purchase re-imagined Miltary wear. The labels previous combat boots have seen huge success and have been on celebrities such as Justin Bieber and Shia Labeouf. Carrying on from past successes with boots, Lorenzo has announced the release of three new combat boot silhouettes through his personal Instagram page.

The new collection consists of three individual styles that are all reminiscent of classic military wear. Included in the collection is a tall olive and black boot with both laces and ankle zips for both extra support and comfort. An all white leather version has a high top sneaker feel to it, consisting of  white upper with some black detailing and a fully white sole. A beige boot finishes of the trio, being by far the most militaristic of the three, it is constructed of premium suede and has industrial metal lace loops. It looks as if the boot used by the American military today received a runway makeover.