Adidas Ultra Boost 4.0: Everything You Need to Know 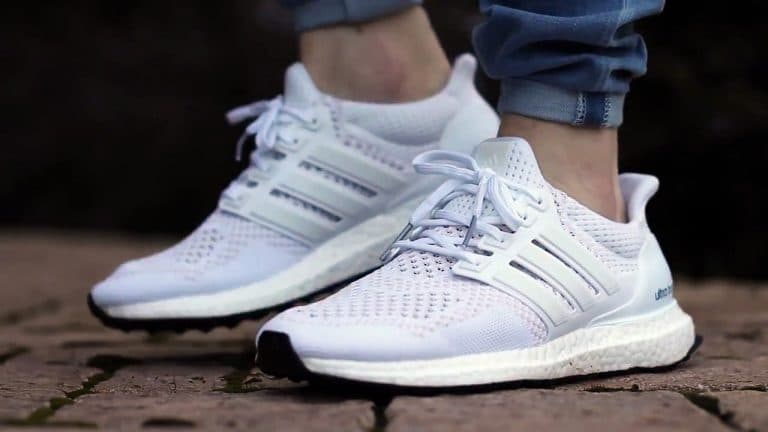 Adidas has been absolutely killing it in 2017 through their Boost technology range of shoes. Now, we get the chance to have a look at the upcoming 2018 shoes thanks to Yeezy Mafia. We’re excited, to say the least.

With the Three Stripes absolutely dominating footwear at the minute, we’ve now got a preview of what they’re going to be bringing into 2018. Adidas’ Ultra Boost technology is a global phenomenon and it doesn’t look like it’s going away anytime soon. Ahead of the new campaign for the German brand, leaked pictures have surfaced showing a variety of colours, some of which are really exciting to see. Take a look at the 2018 Adidas Ultra BOOST 4.0.

Now you may be thinking “why have these pictures come out so soon? It’s only June!” and you’re right, it’s nowhere near 2018 yet. But, Yeezy Mafia, a highly trusted source for online leaks, have got early pictures of the new colourways shown in a vast array of colours for the coming year. Ultra Boosts certainly aren’t going away anytime soon. 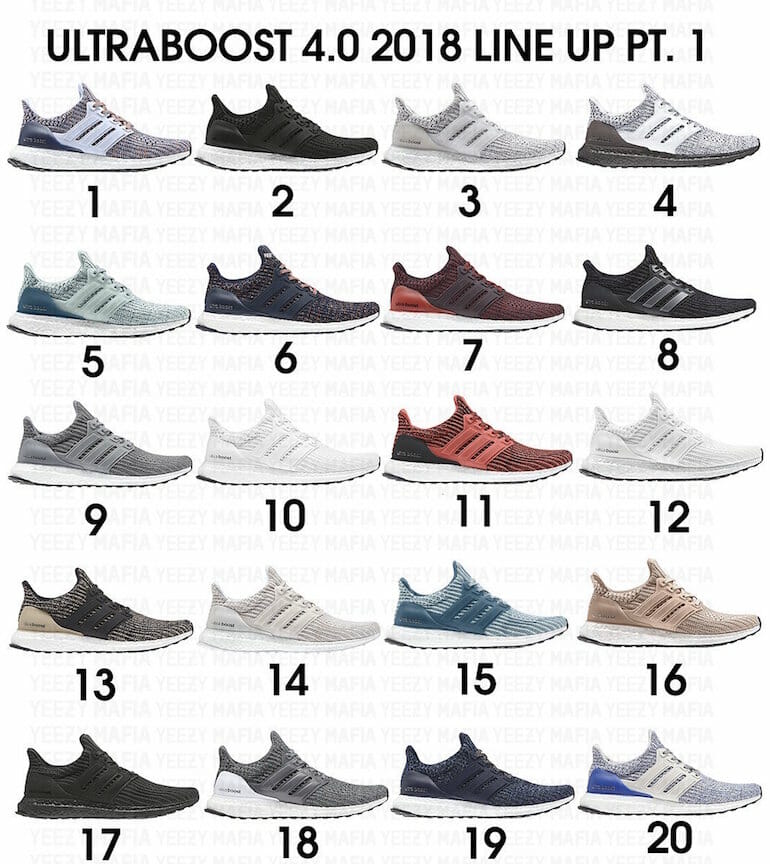 The biggest change to next year’s iterations of the Adidas UltraBOOST has to be the new and updated Primeknit pattern. Besides the vast array of new colours and the raised toe and heel on the shoe, the fan favourite Adidas Ultra Boost Oreo is back once again. Personally, our favourites are 16, 10 and 14. They’re clean and will work with a lot more outfits than you’d think.

The Ultra Boost is on par with Yeezy’s in terms of popularity and with that being said, they’re surpassing the Swoosh. Expect the Adidas Ultra Boosts release date to be announced in early January 2018. It’s safe to say that another big year is going to go Adidas’ way.

Where to buy a pair of Adidas Ultra Boost 4.0