Different Types Of Collars: Consider This Your Comprehensive Guide 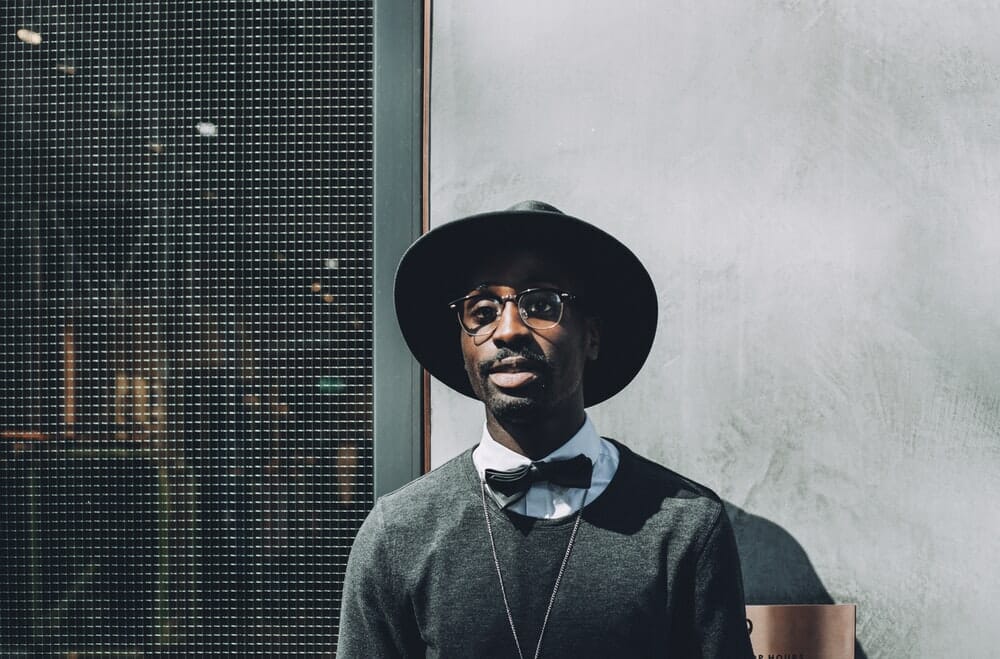 Don’t sweat the suit stuff (actually, sweating a little bit whilst you’re wearing a tall collar is perfectly normal), your guide to what type of collar you should wear is here to help.

If you’ve got an event coming up and you want to look smart, but you’re not sure where to start, look no further. However before we dive in, you might be surprised as to how many collars there are, so let’s take a brief look at when and where the types of collars stem from.

Different Types Of Collars And How To Wear Them

If you were to have been a man in the late 19th century, you would have been the trendiest guy in town if you were seen with a stiff collar, especially if you only washed it once every few weeks (they believed that the dirtier their clothes were, the closer they’d be to God). Although this might sound odd today, and honestly, kind of gross, a stiff collar shirt could only be washed every so often as they were made by adding starch to the collar.

So the collars were made detachable from the shirt, which made it so that, when the time came, only the collar would have to be washed. Nowadays, you’d probably be given a pair of plastic collar stays with your shirt which you can insert into the collar yourself, and the job would be done.

The size of your collar can depend on what style you are going for, and for which occasion you want to wear it. For business occasions, a medium-sized collar would look sleek and professional.

However, the size of your collar also very much depends on your own taste and of course what you feel comfortable with wearing. Men often choose their shirt collar size depending on their face shape. For example, if you have a bigger or rounder face shape, a bigger sized collar would help to balance that out, in the same way that if you have a narrower face shape, a small collar would compliment your proportions better.

Keep in mind why you are looking at buying a new shirt – whether its for a formal event, or something completely different – and what kind of impression you are looking to make as the higher the collar, the more formal the shirt will be, but also the more aggressive you will look. A taller collar, such as the button down collar inspired by Italian fashion and Polo players which will be mentioned later, can lean on the heavier side of the types of collars which means they might not be as comfortable around the neck.

A spread collar typically consists of two points that face outwards rather than downwards, so the spread of the collar refers to the amount of space between those two points. When it became trendier to wear thicker ties such as the Windsor, the collar spread became wider so that there was enough room. The collar spread also ties in with the collar size, as a spread collar would suit someone with a slimmer face shape.

Let’s take a look at this good old collar first. These shirt collars, sometimes also referred to as just the ‘point collars’, is a good place to start when looking for the perfect balance between formal and classic. Most men will already have a shirt like this in their closet and choose to wear this for business because it looks professional; the collar spread is narrow enough that it shouldn’t be covered by your jacket’s lapels. To dress it up more, you could even add a lapel pin. Consider this the ultimate starter kit collar.

This style became popular after Polo players relied on the buttons to keep their collars from flying in their faces for practicality whilst riding, and has since then been considered a somewhat dressed down yet still preppy look. This is ideal if you are going to a more relaxed event and if you do not want to wear a tie. That being said, many shirt and tie combinations can work well with the button-down collar.

The tab collar originated not too long after the detachable collars we saw earlier. What distinguishes this collar from the others is the the tab that runs underneath both leaves of the collar and then sits fastened to the top button, hiding behind your tie knot. If you have an interest in shirts with a vintage touch, this could be the type of collar for you.

Band collars, also commonly known as the Mandarin collar, can be recognised from it’s rather lack of collar, actually. Instead it’s made up of a band that sits around the neck and is usually never worn with a tie. It is one of the types of collar that can be worn more casually, especially if the top buttons are worn unbuttoned for a warm, summer vacation look.

Originating from a group of Eton College students who wanted to make their school uniforms more unique and standout from others, this type of collar has rounded edges. It gives off an elegant partying vibe so it shouldn’t be worn to formal events such as a wedding, but rather to a fancy night out, and is a go-to style for the men in Peaky Blinders who sport a club with a tab collar.

This is a very bold look, and even considered aggressive by some because of the large spread. It is one of the collars that has also been around for a while, dating back to the early 20th century where it was the shirt to combine with Windsor tie knots. Not many tend to go for this look, but if you are feeling confident, this style could easily become a go-to for a variety of occasions, from business to the most formal events.

Finally, these collars function similarly to the tab collar; they both close the spread between the points of the collar. The tab collar buttons underneath the tie, whereas this pin collar comes with a hole in either point, so that the points can be held together by a safety pin of sorts. In terms of formality, this can be worn for business but also formal events. You could also replace the pin with a bar to dress it down a bit.

Which Different Types Of Collars Would Suit You

It’s time to think about which one is best-suited for you (pun intended). A crisp white shirt with a forward-pointed collar is a shirt collar you can always rely on, and will make sure you look good at every and any event, just like Leonardo DiCaprio. To dress it up a bit, you could add any tie you like, and a matching blazer to go with it.