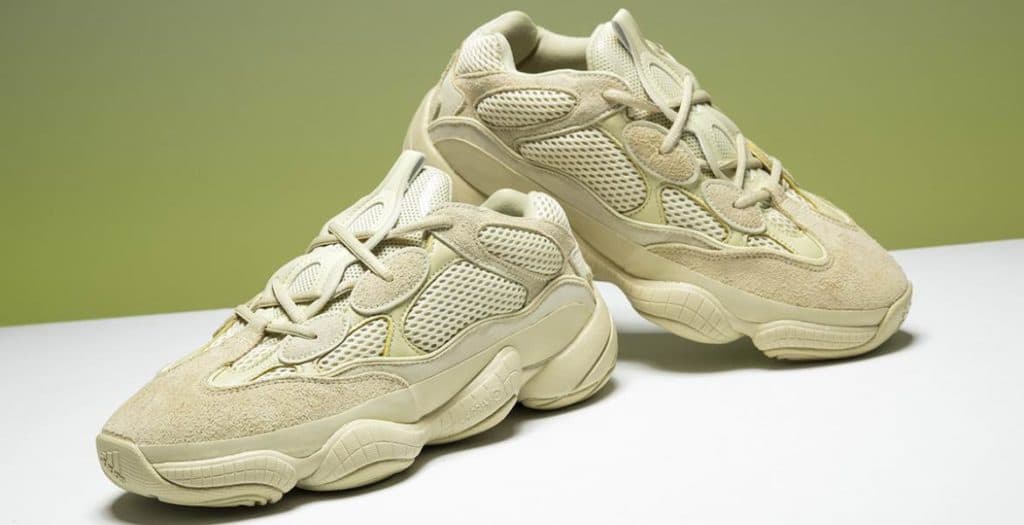 The hype for Yeezy’s is still as strong as ever, and the latest silhouette Mr. West is responsible for doesn’t feature the ever-popular Boost technology. Regardless, fans are still as eager as ever to get their hands on the star’s latest silhouette, especially as the Yeezy 500 shows never before seen design elements and interesting features.

The adidas Yeezy 500 is seen here in a “Super Moon Yellow” colourway. This edition has actually already dropped online as part of a limited edition bundle, featuring clothes from the Yeezy Season collection, however it dropped as a pre-order, so people who made orders haven’t actually received their sneakers yet.

Unfortunately the sneakers have already dropped, although we wouldn’t be surprised if they re-released, so if you’re hoping to secure a pair you might have another chance. Until then, waiting for the “Blush” colourway of the Yeezy 500 would be your best bet – it’s set to launch in a few months.