An in Depth Look at the Undefeated Air Max 97 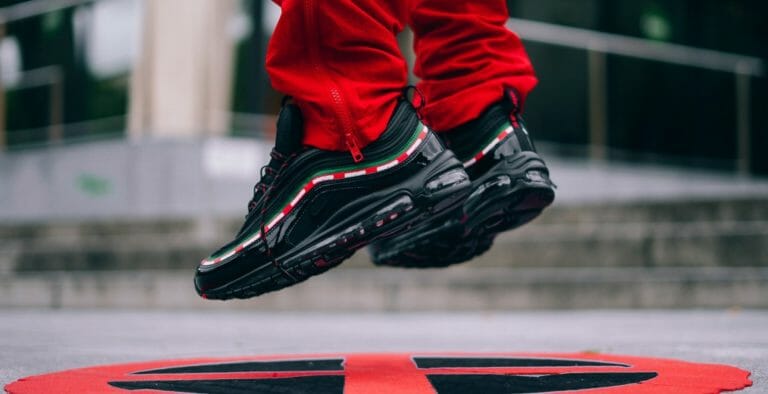 The Air Max 97 has been a hugely successful sneaker this year, seeing classic colourways re-released and brand new ones launching. LA based streetwear retailer Undefeated has joined forces with Nike to create an Air Max 97 featuring its signature branding, and it’s looking great so far.

In case you weren’t aware, Undefeated is an LA based urban retailer, stocking it’s popular own brand and several other brands. Their own brand is hugely successful in its own right, with a huge following stateside. This isn’t the first time the brand has collaborated with Nike either, we’ve seen Dunks, Huaraches and even one of the most sought after Air Jordans of all time. However this time, the model of choice is the more popular than ever Air Max 97. 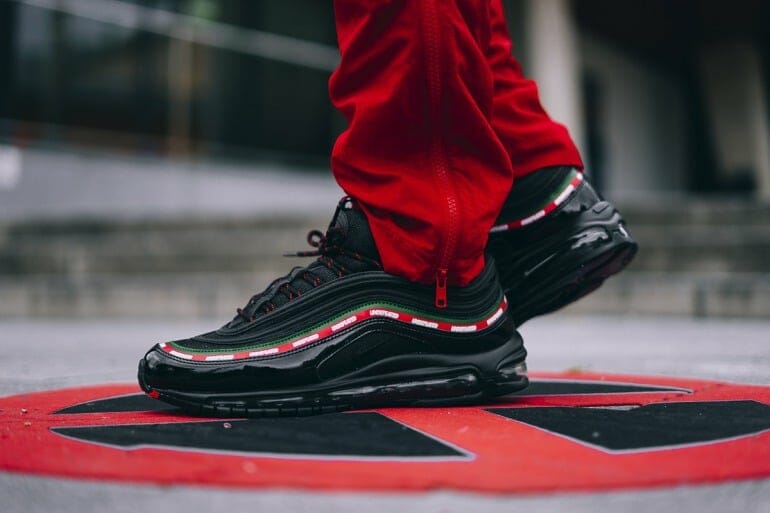 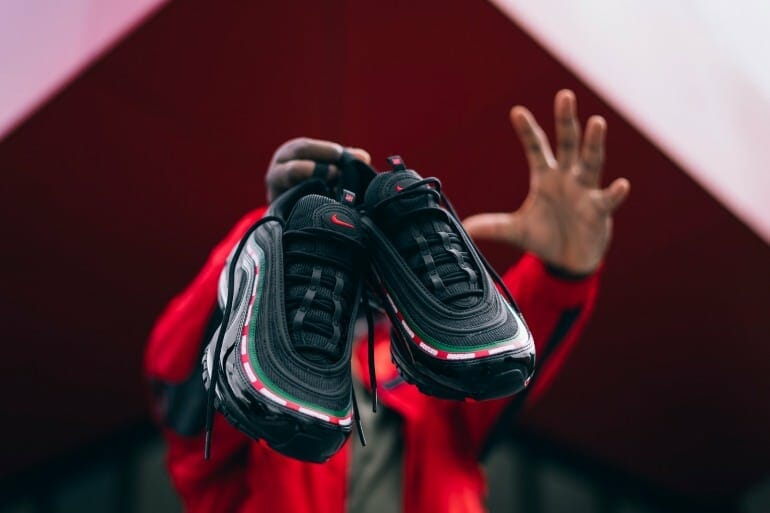 The sneakers feature just the right amount of branding, although some would say they’re over-branded in my opinion it’s understated enough to still look sleek. The release features a patent leather mudguard, and Gorge Green and Speed Red side stripes, which pay tribute to Italy and its everlasting relationship with the Air Max 97. Contrasting red Swoosh branding can be found on the tongue and inner of the shoe also, a great finishing touch. Undefeated’s signature logo is also printed on the insole of the shoe. 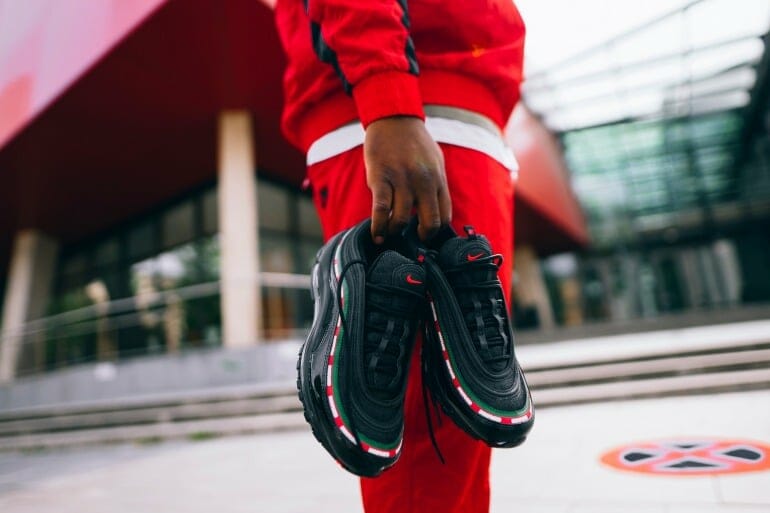 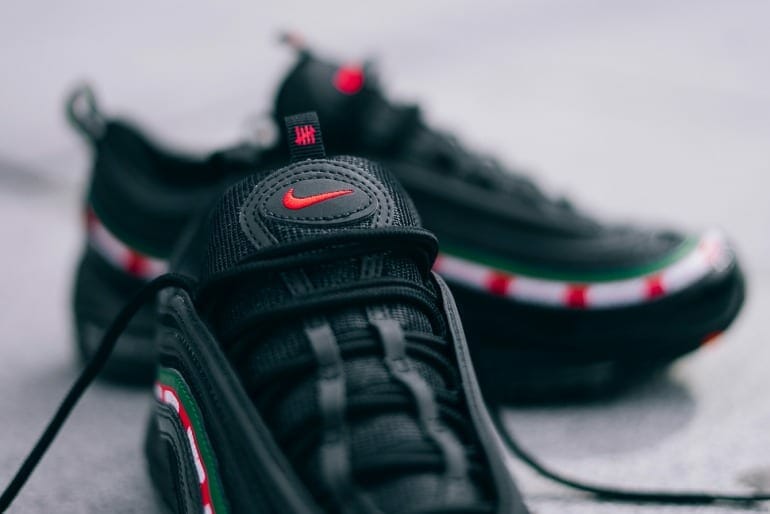 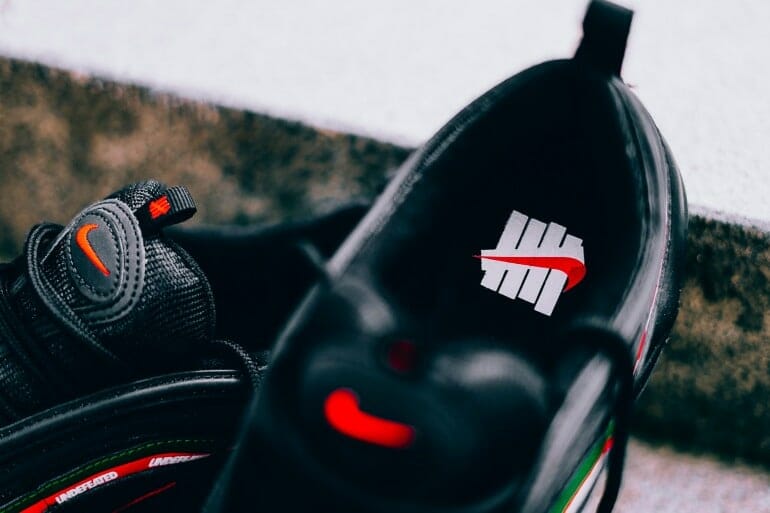 If, like a lot of us, you’re looking to get your hands on a pair of these sneakers, unfortunately there hasn’t been any word on a release date yet. However, be aware that they are extremely hyped already, and will no doubt only be available in very select locations across the globe. If you have a plan of action and know what you’re doing however, it’s not impossible.

Where to buy a pair of Air Max 97 “Undefeated”