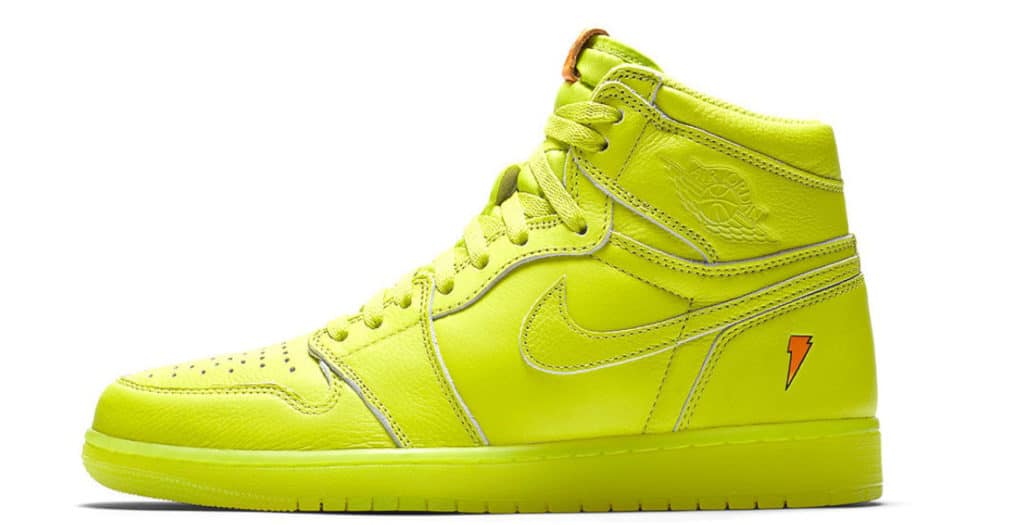 The shoe flaunts a bright Lime Green/Cyber colourway, of which it is covered completely. Subtle nods toward both Gatorade and Michael Jordan dot the shoe. One such example is Gatorade’s lightning bolt in an orange hue. Found on the outside of each heel, the bolt is a subtle reminder that you’re not wearing just any old Jordan’s.

More subtly placed graphics polka dot the shoe, such as the phrase “Be Like Mike” found on the inside of the tongue tab – an ode to a 1992 Gatorade commercial featuring Jordan himself. As well as custom Air Jordan and Gatorade insoles, the shoes gives off a nostalgic 90’s vibe. Some not so subtle Gatorade related graphics include the Gatorade tag hanging off of the very top lace loop of the shoe. Gatorade branding shines through a translucent sole, the iconic logo giving the shoe a corporate yet playful feel.

Set for a boxing day release, the new Gatorade X Air Jordan 1’s will be available at select Jordan retailers at a very reasonable $175 retail. Below are more release details.