Cristiano Ronaldo Is Getting His Very Own AM97 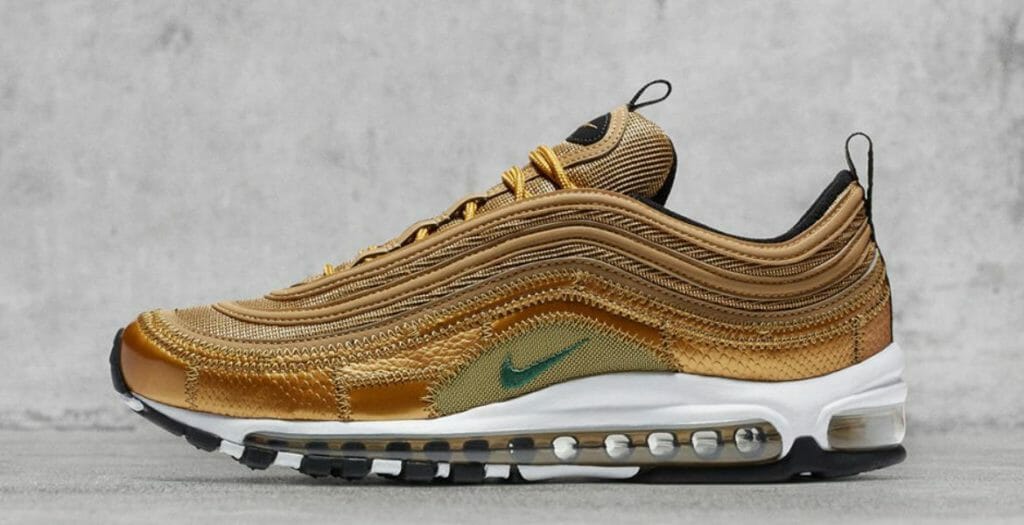 Cristiano Ronaldo is one of, if not the biggest name in football. He’s been signed to Nike for a while now, and has released many signature football boots and training shoes. Yesterday, the news dropped that he is releasing his very own signature Air Max 97.

Although Ronaldo lives a life of greatness currently, he hasn’t always come from riches. In fact, he lived a very deprived childhood, and was limited to just two pairs of shoes – one for home, and one for school. His family was suffering from poverty so badly that his mother would sew patches onto his shoes to make them last longer when they started to wear. His brand new signature AM97 aims to showcase his upbringing next to his current life of luxury, featuring patches across the upper, contrasted by a gold colourway.

The pair are constructed mostly of mesh material, and feature a white midsole containing the usual AM97 air unit. Nike branding can be found throughout the sneakers, and Cristiano Ronaldo “CR7” branding can be found below the Air Max branding on the heel tab. At a first glance the sneakers look like a standard pair of gold 97’s, but once you take a closer look, the individual features included here really make for a great pair in our opinion.

If you’re liking the look of the Nike Air Max 97 CR7, the good news is you won’t have to wait too long. The pair will be seeing a European release exclusively via the Nike SNKRS app on October the 23rd. Although please be aware that the quantities releasing may well be extremely limited, so act fast when they drop.