Converse All Star Basketball Shoes 1917 – All You Need to Know 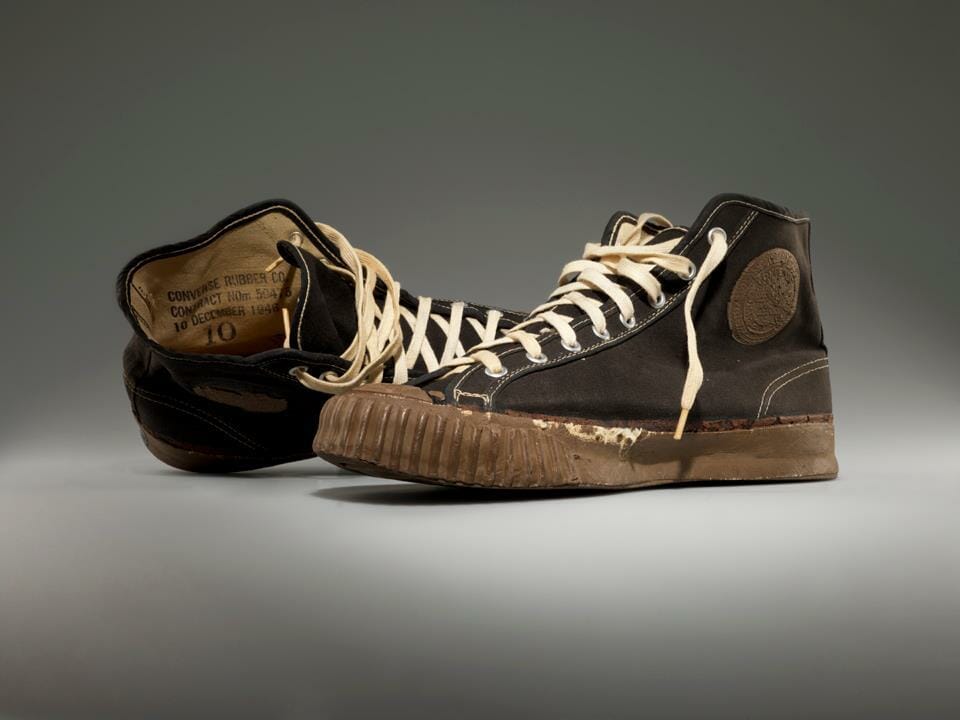 One of the first mass produced shoes in the US, the Converse All Star is still a firm favourite on everyone’s trainer list. Here’s the Converse basketball shoes history.

It’s possible that everyone you know has, or has owned, a pair of of Converse Chuck Taylors. They’re one of the most popular shoes to date since their drop in 1917. So here’s everything you need to know about the Converse background from the Converse sneakers history start.

Before the Chuck Taylors were the original Converse All Stars. Made in natural brown shades, this was the beginning of the Converse empire. Thanks to the promotion and marketing of Chuck H. Taylor, the Converse All Stars made it to the masses and is still loved as much today as when they were dropped. And it’s not hard to see why from their simple yet comfortable design.

Converse Rubber Corporation opened for business in 1908, originally only making galoshes and other work related rubber shoes on a seasonal basis. However, they eventually decided it was more efficient to keep their work force employed all year, so began making athletic shoes.

With the popularity of basketball, the Converse Corporation saw the need to create a basketball shoe players could wear. After mounds of research and development, the very first version of the All Star basketball shoe was produced in 1917. It originally came in natural brown colours with a black trim. In the 1920s, Converse All Stars were made in all black canvas or leather versions and became the first mass produced basketball shoe in North America. It consisted of a very thick rubber sole, and canvas, or sometimes leather, upper.

It was Charles H. Taylor, basketball player for the Akron Firestone, who saw the potential of the Converse All Stars. In 1921 he joined the Converse sales force, and later became the player and coach for the Converse All-Stars, the company’s industrial league basketball team. Throughout his career with Converse, Taylor traveled all across the US hosting basketball clinics and promoting the trainer.

Thanks to his salesmanship and forward thinking marketing ideas, Chuck put his imprint on the sport at all team levels and made the All Stars known. To show their appreciation in successfully promoting Converse All Stars, as well as making important changes in the design of the All Star shoe, in 1932, his name “Chuck Taylor” was added to the ankle patch. The “Chuck Taylor” All Star basketball shoe as we know it today was born.

Thanks to Chuck H. Taylor’s consistent promotion and marketing, the shoe was branded with his name, which is the name we know and love today. The high tops are one of Converse’s most loved shoes.