Converse Pushes the One Star for 2018 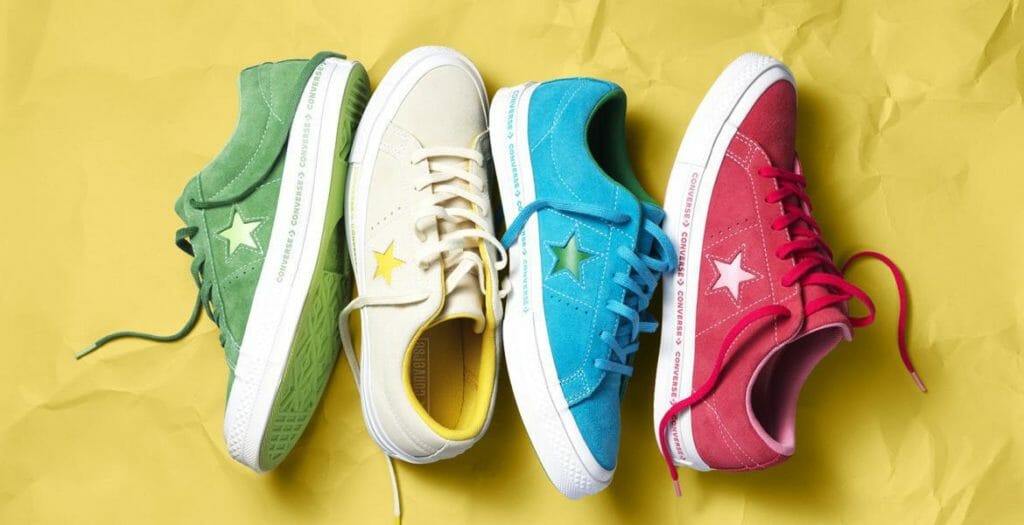 The One Star has slowly but surely become Converse’s best selling model, with some high profile collaborations helping this massively. Now, for 2018, the brand are pushing the silhouette ever further, with some awesome new colourways set to drop in the very near future.

Fresh off the back of another successful collaboration with rap superstar Tyler, the Creator, Converse are straight back on form, this time pushing the One Star silhouette massively. The brand are launching a whole collection of new colourways and variations on the classic, backed by a huge marketing campaign. It’s safe to say that some of the renditions are nothing short of awesome, and in usual Converse fashion, they’re as bright and bold as ever.

There’s a colourway for everyone in the pack, including the classic monochromatic style if you’re not one for change. Alongside this there are several camo colourways that change things up, a few pastel styles that are reminiscent of the Golf le Fleur Converse, and several colourful options that also feature Converse branding on the midsole. It’s great to see the brand pushing its way back into the big league, as personally I felt for many years they were falling behind, which was a shame for a brand with such a great history.

If you’re liking any of the new colourways on show so far, the good news is that you won’t have to wait too long before getting your hands on a pair. They’re all releasing on 1st February, via Converse directly and select retailers. There’s no apparent hype surrounding the release, but some of the colourways in particular we wouldn’t expect to hang around too long, as they’re very popular recently.

Where to buy a pair of Converse One Star 2018