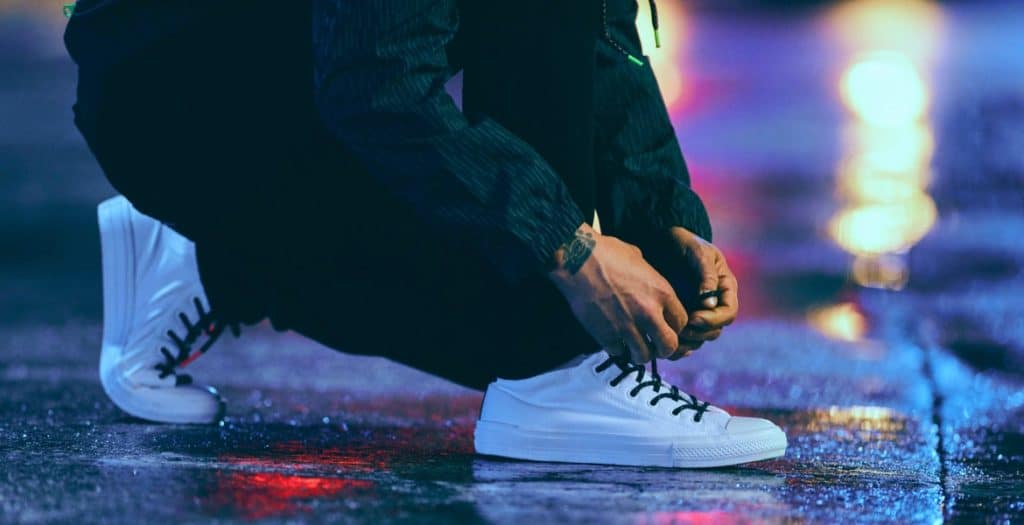 Ready for Autumn? Converse are dropping an update of the classic Chuck Taylor, introducing the Converse Chuck Taylor II Shield. The Shield is completely waterproof making it your perfect shoe for those rainy days.

Since its release in 1917, the iconic Converse Chuck Taylor has largely remained unchanged. Sure, there have been a few tweaks here and there, with the addition of new materials and colourways, as well as the removal of laces for a suspect slip-on variety. So we were all shocked when Converse made history as they unveiled a contemporary rework of the long-standing staple silhouette, titled the Chuck Taylor II. Now we have the Chuck Taylor II, update the Shield.

The latest iteration focusses on improving the comfort and functionality of the shoe without compromising the timeless style and versatility, which has ultimately kept it as a cult favourite for so many different style tribes since the very beginning.

Given the premium edge, improved comfort and growing popularity of the 70s reissue silhouettes over the past few years, this seemed like a move Converse were bound to make at some point.

Like a lot of iconic sports shoes, the Chuck Taylor trainer was influenced by one person. Can you guess his name? Converse was already an established brand when Chuck, one of the players from their sponsored basketball teams came to them complaining that their current shoes just weren’t comfortable enough.

After some sage suggestions from the man himself, including better flexibility as well as patches to help support the wearers ankles, the new design took on the name of Chuck Taylor All Star trainers. Despite Chuck not receiving a penny in royalties he did live on in the new and improved design, and continued to promote Converse shoes as a spokesperson for the brand.

Where to buy a pair of Converse Chuck Taylor II