Converse Collaborates with the NBA for a Capsule Collection 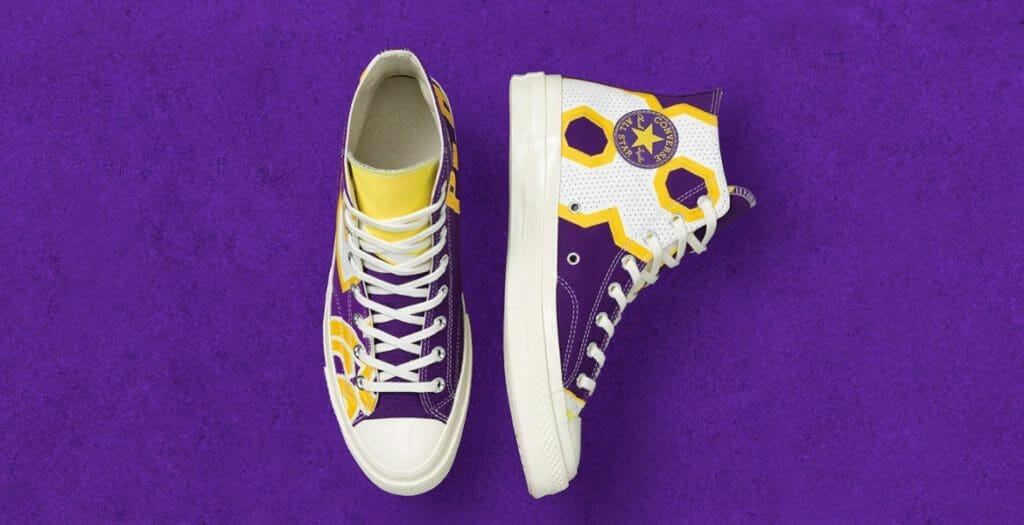 Just earlier today we bought you the news of Converse collaborating with rapper A$AP Nast, and now we’ve received the news of yet another collaboration for the famous brand, this time coming in the form of a collaboration none other than the NBA.

Originally a basketball sneaker, the Converse Chuck Taylor has a lot of history within the sport, and now the brand are paying tribute to this by collaborating with none other than the NBA itself, (that’s the National Basketball Association for those who don’t know). Pairs will be releasing that represent different teams colourways, and from the preview photos we’ve seen they’re certainly looking very clean.

This collaboration is rich in innovative features and small design details, which we all know and love. Team branding is also featured throughout the designs, with team logos, slogans and colours all incorporated into the silhouettes.

If you’re liking the look of a pair from this very American collaborative pack, the good news is that a release date has been confirmed for the 29th of September via the guys over at Converse. However no word on how limited the pack is has been stated, so if you’re looking to cop a pair make sure to be on your toes on the morning of release. They won’t hang around forever and when they’re gone they won’t be likely to see a restock. You’ll be able to pick up a pair via Converse’s online store, and of course via it’s parent company Nike.

Where to buy a pair of Converse Chuck Taylor x NBA