Sneaker Nuts. Do You Remember These Iconic Converse Campaigns? 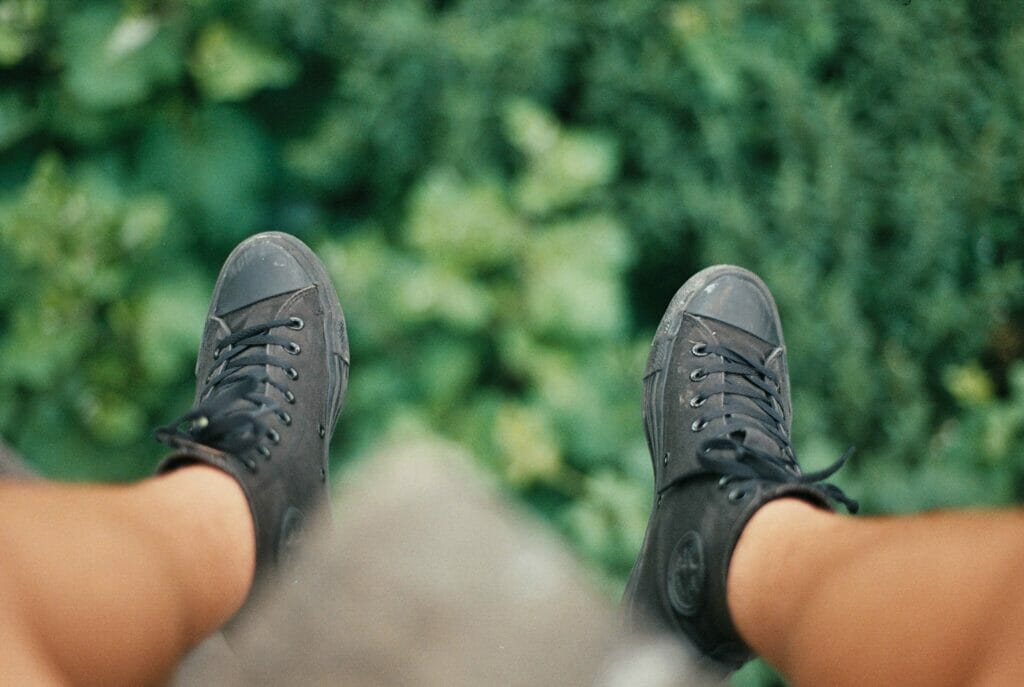 If you do not currently, or at one time or another have previously, owned a pair of Chuck Taylor’s then where have you been? Converse has been an institution in its own right for the best part of a century and it is all down to its great quality and universal appeal. Spotted on the feet of major athletes and some of the 20th century’s greatest icons, we delve into the best Converse campaigns that have appeared throughout the years and uncover why Converse still has such an enduring appeal. Call yourself a sneaker nut? Do you remember these iconic Converse campaigns?

Whether your Converse has graced the running track or the mosh pit, there is one thing that’s certain; they are the every-man sneaker. Converse is a brand built on uniqueness and individuality and this is continually reflected in its advertising campaigns. Apparently, a pair of Chuck Taylor’s are purchased every 43 seconds but what is the allure surrounding the iconic sneaker? A picture tells a thousand words and an advertising campaign cBack in the day, trainers weren’t as stylish, and diversity wasn’t on anyone’s mind. This is why musicians and skaters tried to put cool looks back on the scene, and it all began withan tell a heck of a lot more. And some just stick in your mind more than others.

In a clever move by Converse, they capitalised on the popularity of Athletics, particularly the Basketball industry, and began producing high-performance sneakers. Back in the day, trainers weren’t as stylish, and diversity wasn’t on anyone’s mind. This is why musicians and skaters tried to put cool looks back on the scene, and it all began with Chuck Taylor all-stars, Converse shoe soon became the best footwear brand, and everyone enjoyed their traditional structure, endless color options, as well as a sturdy tongue.

In 1936, Basketball was introduced as a medal sport in the Olympics and the USA team all played in Chucks, going on to win the gold medal.

By the late 60s, Converse campaigns were promoting their affiliation with Basketball and the Olympics through their advertising, cementing their status as the go-to for Basketball pros. Their slogan ‘When you’re out to beat the world’ was a complete double entendre; Converse was beating the world on the court and annihilating their competitors off of it.

College kids could look like their sporting heroes for the meager $3 price tag.

If you thought it was all billboards and pricey magazine space then think again. Converse forayed further into the digital landscape in 2007 when they streamed a series of silent commercials during MTV ad breaks. They had run these kinds of digitised commercials before but this time it was different. Nowadays big brands such as Nike and Adidas are trying to live up to the well-known Chuck Taylor shoe!

Converse kept the ball rolling with their creative and eye-catching advertising campaigns and just a year after the controversial MTV ads they launched the Connectivity Campaign. A series of ads were launched that showed long reels of pop culture dignitaries all connected (get it?) by their feet, which of course were decorated with none other than the classic black and white Chuck Taylor high top. The campaign cemented the sneaker as being as iconic as the people that were wearing them. Hunter S Thompson, Sid Vicious, James Dean, and Joan Jett confirmed that age-old theory; Converse was still ‘it’.

Converse breaks the rules and defies conventions. Their advertising campaigns always try to reinforce this mentality and that’s exactly what they did with the ‘Made by You campaign launched in 2015. Showcasing over 200 portraits of customized Chuck Taylor’s campaign (literally) illustrated the versatility of the sneaker. From regular Joe consumers to the likes of Andy Warhol and Ron English, the contributed works showed that Converse is a sneaker for anyone and everyone.

The best marketing campaign Converse could ever hope for are for its customers to see their idols actually wore the sneakers. Over the years, Chucks have been favoured by the likes of Elvis Presley, Hunter S Thompson, The Sex Pistols, and Nirvana so if there were ever any qualms over whether Converse are or have ever been ‘cool’ or not, think again. Nowadays, you can find a ton of different and cool looks and ways on how to wear Converse on social media. Also, there are a ton of different collaboration options for Chucks, which allows you to look like your true self, as well as a creator of your favorite shoe.

Rumour has it Kurt Cobain died in a pair of his beloved Chucks which is surely an albeit morbid affirmation that Chuck’s are as much a part of rock history and pop culture as they are that of the sporting world.

If all that hasn’t stirred up memories of your first pair of Chuck’s then we don’t know what will. If Lil Nas x Kanye West can rock them, why not you? Let your celebration of the brand begin with the right and new shoe!

Where to buy a pair of CONVERSE