Clear & Invisible Nike Air Force One – All you Need to Know 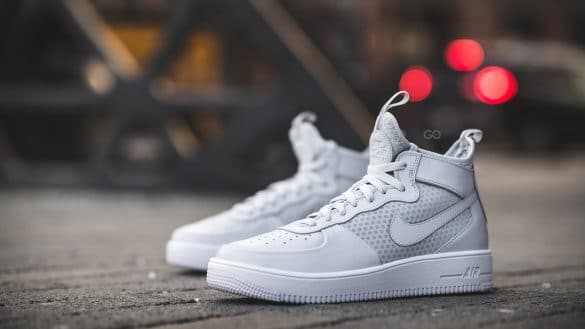 With the re-boot of the Fantastic Four movie just around the corner it seems only right to mention one of the more unusual collections that Nike released. The Fantastic Four pack included five unique trainers based on the four members of the comic book team, as well as the super villain Dr Doom.

The see through Air Force Ones were met with a controversial reaction, with some loving the unique plastic segments, and others feeling that sweaty feet was generally the last thing any sneaker lover wanted. Whether you loved or hated the 90s style design, most people can agree it was a bold style choice, and one that Nike tends to be pretty fearless about making.

With a military and harbour blue and white colour way, the unique and clear Air Force 1 had a classic combination that was similar to various other models over the years. Breaking up the traditional colour way though, was of course the clear plastic upper, pieced together with thin blue stitching and with a trail of air holes neatly punched into the top. White laces added a clean boost of brightness, and matched the outer rubber rim around the shoe, but other than this, blue prevailed.

The clear plastic meant you could personalise your look depending on what kind of socks you wore (as it was seen as a good idea to avoid the whole bare feet thing), and fans of the shoes experimented with patterned and simple designs to create new styles. These clear Nikes were made to be experimented with, so what you wore really could change depending on your look. 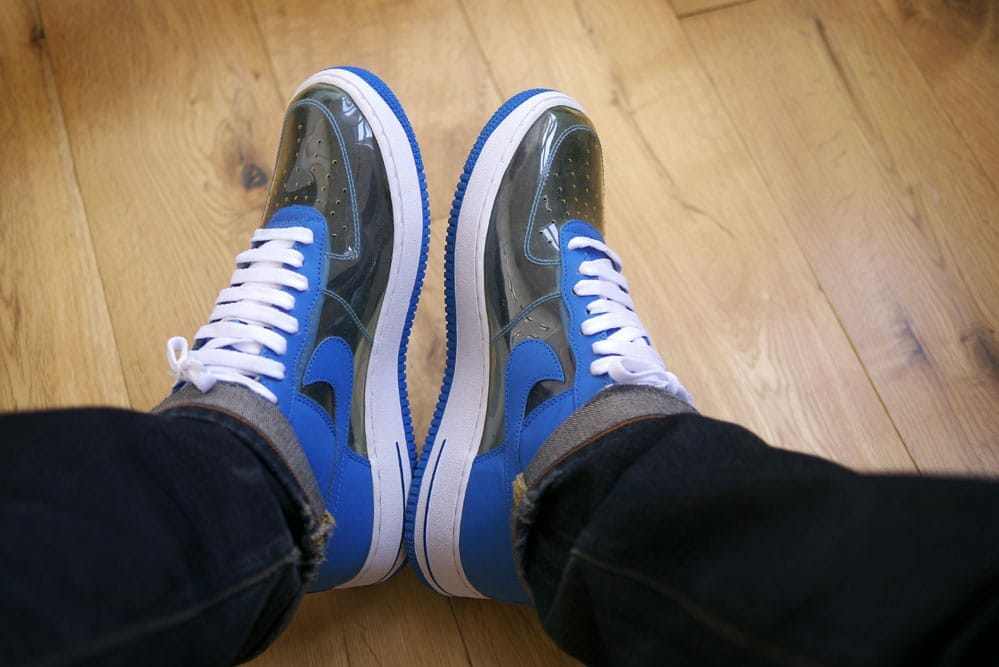 Where to buy a pair of Nike Air Force One