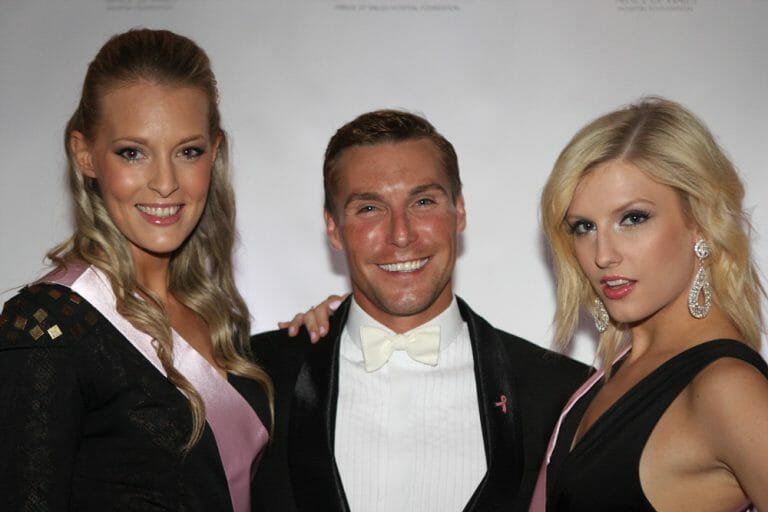 Supreme fans are difficult to beat when it comes to brand loyalty. Hypebeasts line up and devote a big part of their life to the brand. But it’s not just these streetwear fans that love the merch so much, as a whole host of celebrities are embracing Supreme life. Here are 16 celebrities you probably didn’t know were Supreme fans.

There’s some kind of big devotion when it comes to Supreme, with a fair few celebrities jumping onto the Supreme hype. And why wouldn’t they? Going from a small skate shop to a global fashion retailer is impressive. When each collection drops, hypebeasts will queue up for hours, if not days, waiting for the store to open so they can get their hands on the newest piece. Earlier this year when Supreme x Louis Vuitton came out to play, everything got that little bit crazier. Even though a few celebrities were still loving Supreme before this, the new designer collection saw a lot more of them embracing the streetwear brand. The red box logo brand has therefore been adopted more and more by these surprising celebs, so we’ve rounded up some of Supreme’s biggest fans.

Kanye West loves to pull together different brands, whether they’re designer, high street, or streetwear pieces, he’s always a fan. Supreme has a big street status, so incorporating this into his wardrobe was obviously a must. He may have his own brand which he often wears, but that doesn’t mean he’s willing to cut out the other pieces he’s been known to love.

The American model has been spotted out and about a lot with what seems to be her favorite accessory, the Supreme x Louis Vuitton cross body bag. The red accessory isn’t subtle, and the model not only uses it across her casual attire but she also seems to pair it with her evening wear – and surprisingly it work. Not everyone could get away with it, but if you’re as fit as her, you can probably get away with wearing whatever you want.

The fashionable twenty-something has always had a voice in fashion, so when the Louis Vuitton collaboration came through it was only a matter of time until he got involved. Making statements, pushing fashion boundaries and pairing pieces that are very unlikely are all classic elements of Jaden Smith’s style. Pairing the Supreme x Louis Vuitton denim jacket with some printed trousers and a striped T-shirt has patterns and colors clashing, which actually works really well.

Probably the last person you’d think would wear Supreme, or anything really streetwear related, but Celine Dion has recently embraced this new youthful look and it’s given her a whole new lease of life. Throughout her three-decade career, the songstress hasn’t overly been known as a streetwear fanatic, as her style would usually consist of something glam and red carpet ready. However, with a new stylist, Celine has ditched the old attire for an evolved mix of edgy high fashion labels. Stepping out to greet fans in a deep blue Louis Vuitton x Supreme pajama set is one of the recent statements Celine has made.

This Louis Vuitton collection was a status symbol desired by a lot of fans, but amongst its celebrity following, it didn’t prove as difficult to get their hands on. In fact, Justin Bieber has two of the most wanted pieces – the red baseball jersey covered in the LV and Supreme logos, and the same piece in the denim-blue colorway. Performing at his British Summer Time concert in Hyde Park, Bieber paired the Supreme piece with some of his own merchandise and a pair of Adidas trainers.

Another fan of the Louis Vuitton x Supreme denim jacket is Rihanna. She may be wearing it very differently to Jaden Smith, but the jacket still has the same iconic designer status. Plus, this isn’t the first time the singers been spotted out in some Supreme pieces. In the past she wore a Supreme bodysuit in a shoot for the brand. And now this time, she’s taken it a bit further by matching her hair color to the Louis Vuitton x Supreme must-have jacket. Rihanna has always had an iconic, signature style, and this LV x Supreme jacket is the perfect addition to her wardrobe.

Victoria Beckham wouldn’t usually be associated with a streetwear brand, but somehow Supreme has changed that. The singer-turned-designer does seem to love a white tee so when this highly covetable collaboration came onto the scene, her new favorite was one from the Supreme x Louis Vuitton collection. Not ever shying away from spending and wearing designer pieces, Victoria incorporates this new piece into her everyday smart, tailored wardrobe.

Drake does seem to have it all. His lifestyle is one we all wish for, especially when we got a glimpse into his bedroom. Not just a Supreme fan on the outside, Drake posted a picture on his Instagram of his bedroom complete with a Supreme rug and Supreme duffel bag. As well as these accessories, he’s always been a fan of the clothing – his current favorite piece being the iconic blue denim LV x Supreme denim jacket that every celeb seems to want.

The photo tees are usually some of the rarest around – with so little of each coming out, everyone fights to get them before they sell out. A$AP Rocky does however have one of his very own. In 2013, the rapper showed up to the BET Awards in a Supreme x Dipset T-shirt. This is very rare, but when you’re rich and famous, this doesn’t seem to be a problem. As well as wearing Supreme in the past, the now-deleted picture from his Instagram had him showing off a pair of Louis Vuitton x Supreme trousers that weren’t going to be released anywhere else. If this isn’t exclusivity then I don’t know what is.

Stepping out with fellow model at Chanel’s AW17 Pair Fashion Week show, Cara Delevingne was supporting the new Supreme x LV pieces. Kendall Jenner and Cara took the streetwear vibes and mixed it with a bit of Chanel to get two modern streetwear outfits that the press and media loved. The innovative Louis Vuitton x Supreme collaboration had so many people hyped, so when the two were spotted in some of the hard to get merchandise, envy levels were running high.

Attending Chanel’s AW17 Pair Fashion Week show with Cara Delevingne, Kendall went for a different vibe to Cara’s white, sports-luxe inspired look. Instead, the model took Supreme and paired it with some fur and high-waisted trousers. Different tones of brown and beige were the focal point of the outfit and from looking at the pictures she seemed to love it.

Another one from the famous Kardashian/Jenner family who’s embracing the streetwear brand is Kim. A bit different to the rest of them as, as always, she’s half-naked and not afraid to show it off. Her custom Supreme underwear was worn with a see-through mesh black top for a shoot in Mexico. Her way of styling Supreme may be different from all of the rest, but she seems to be a fan of the brand, especially when she dresses daughter North in some Supreme pieces.

Last of the Kardashian clan, but at no means least (as Kylie Jenner and the rest have also been seen to be fans of the brand) is North West. The youngster is one of the best-dressed girls of her age, and who wouldn’t when your parents are super couple Kim and Kanye. Spotted in a Supreme box logo tee, she may be one of the youngest fans of the brand.

This isn’t the first time the rapper has been spotted in Supreme, but the collab with Louis Vuitton had the rapper out in full Supreme force. And what better time to wear Louis Vuitton x Supreme pieces than to the very show itself. At the Fall Winter 17 show during Paris Fashion Week, we saw Travis Scott in Louis Vuitton sandals, the new LV x Supreme collaboration T-shirt, and sunglasses. As a big fashion icon for the new generation, Scott has a mixed street with luxe in the same way as Louis Vuitton and Supreme have mixed high fashion with contemporary streetwear.

Getting your hands on some of this exclusive merch will gain you some street credit and style points, and Madonna has done exactly that. Posting on Instagram, the singer poses in the Supreme x Louis Vuitton Box Logo Hooded Sweatshirt with the caption ‘♥️ is Supreme ♥️’. Madonna may not usually be one for streetwear, but being young at heart does help when it comes to knowing what she should buy and what she should skip out on.

Another youngster who’s managed to get his hands on this expensive collaboration is Cruz Beckham. In a Louis Vuitton x Supreme hoody, the famous footballer’s son posted this picture on Instagram. Not everyone this age can do this, so when you’re part of one of the most famous family around, this seems like the norm.

Celebrities in Supreme have made the brand a lot more popular. The easy-to-wear streetwear can be dressed up and down and the celebrity fans here show us how it’s done. Usually, it would be difficult to see the likes of Victoria Beckham and A$AP Rocky in the same brand, but when it comes to Supreme, it’s a whole new story.