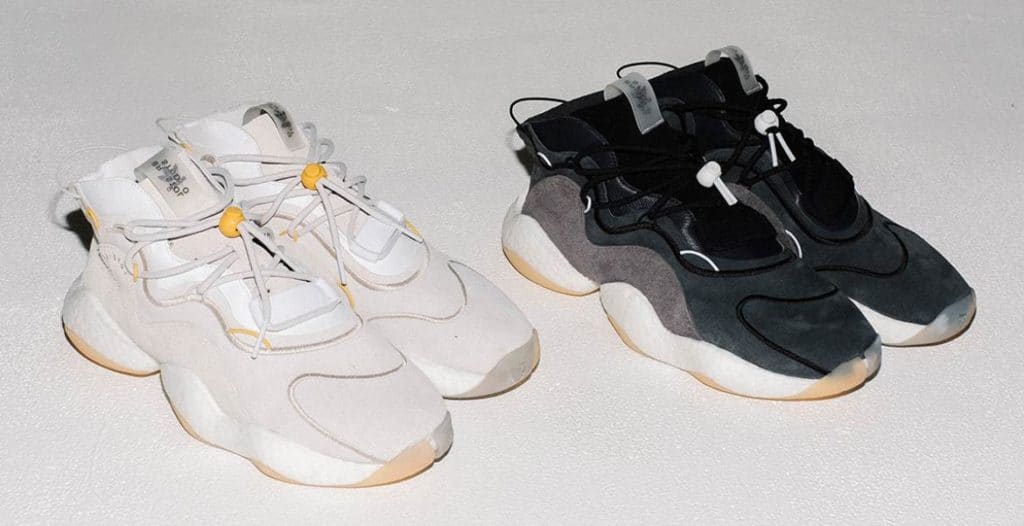 LA based Bristol Studio have joined forces with adidas Originals to create a Crazy BYW sneaker that’s set to release on All-Star Weekend.

Bristol Studio, formerly known as Bristol LA are known for their avante-garde streetwear style garments, but for their latest venture they’ve joined forces with adidas Originals to work on one of their brand new silhouettes for 2018, the Crazy BYW. The model is loosely based on basketball sneakers from the crazy era, yet incorporates modern technologies such as Boost cushioning underfoot.

The silhouette itself is rather futuristic looking, with the midsole being rather a statement. The sneakers are releasing in both a black and white colourway, topped off with a white midsole and gum sole. Bristol Studio branding can be found on the upper of the sneaker, as well as adidas Originals branding. The most interesting part of these new kicks has to be the toggle lacing system, allowing for easy loosening/tightening at the touch of a button. As we mentioned before, Boost technology is also featured underfoot here, making for that comfortable ride which we all know and love.

They’re launching on February the 15th, however there’s a slight twist due to the fact that they’re exclusive to LA. The pairs will be stocked at adidas Consortium retailers throughout LA only and stocks may well be limited, so if you’re in the area and after a pair, make sure that you move fast.

Where to buy a pair of Adidas Crazy BYW Bristol Studio