10 Best Zoso Tattoo Ideas That Will Blow Your Mind! 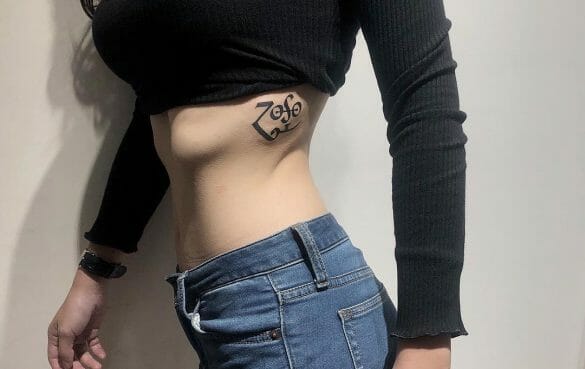 If you are a Led Zeppelin fan, then you must have heard about the Zoso symbol on the cover of their album. Check out these Zoso tattoos for your next body art.

The English rock band, Led Zeppelin, was formed in 1968 in London, England.

Consisting of four members, the band was active from 1968 to 1980 and is counted among the best-selling music artists of all time. The four members were the lead singer and lyricist Robert Plant; multi-instrumentalist and songwriter Jimmy Page; drummer John Bonham; and keyboardist and bassist John Paul Jones.

When the popular band dropped their 3rd album, ‘Led Zeppelin 3’, in October of 1970, it received a host of unfavourable reviews and criticisms from a majority section of fans and critics alike. This was pretty disappointing for the band and they decided to release their next album without any title, track listing, or identifiable markers on the outer packaging. The album, popularly known as ‘Led Zeppelin IV’ today, went on to become the best-selling Led Zeppelin album and is touted as one of the best albums of all time by modern critics.

But what became a cult classic was the packaging of the album or the album cover of ‘Led Zeppelin IV’. All the members chose a symbol each from a standard reference book of sigils or occult symbols. John Paul Jones chose a symbol that represented the leader of a middle-aged Russian religious cult known as the Rosicrucians. Plant chose the feather of Ma’at, a symbol representing the ancient Egyptian goddess of balance, harmony, and justice. Drummer John Bonham chose the Borromean rings, a symbol that consists of three interlocking rings.

But it was the zoso symbol chosen by Jimmy Page that became a subject of relentless speculations and controversies over the year. His interest in occults was well-known and coupled with the fact that he owned a London bookstore specialising in selling books related to occults. The four symbols have become synonymous with Led Zeppelin and fans have lined up to get them inked for years. If you are a Led Zeppelin fan, then this curated list of Led Zeppelin Zoso tattoo ideas is definitely for you.

Zoso Tattoo on the Torso

The list will obviously start with the simplistic version of the most famous Led Zeppelin tattoo idea of all time. This Jimmy Page zoso tattoo has been a point of interest for fans worldwide with online platforms as well as magazines publishing a host of different theories about what the symbol may actually represent. Hence, it is no wonder that this Led Zeppelin tattoo is a fan favourite within the tattoo community of Led Zeppelin fans. The simple design, shrouded in mystery, might be the perfect choice to be inked on the torso to add a little spice.

Giant Zoso Tattoo on the Hand

Zoso Tattoo on Hand With the Feather of Ma’at

Jimmy Page fans have discovered a symbol that looks eerily similar to the Zoso tattoo chosen by Page on the fourth album cover of Led Zeppelin. After religiously going through several occult books, fans found the concerned sigil in a book by mathematician J. Cardan published in 1557. The sigil is said to apparently represent the planet Saturn. This Led Zeppelin tattoo combines the symbol of Jimmy Page with that of Robert Plant’s, which is only a feather. This feather is said to represent the Egyptian goddess, Ma’at and is said to originate from a long-extinct ancient civilisation on some lost Pacific island.

These Led Zeppelin tattoos combine the symbols chosen by Jimmy Page and Robert Plant with that chosen by J.P. Jones. Jones chose an apparent simple symbol which makes for a great tattoo idea. It shows a circle laid over three triquetrae and is said to represent the leader the Rosicrucians, an ancient Russian religious cult. You can get these Led Zeppelin tattoos inked on the arm or the forearm to draw immediate attention.

Zoso Tattoo on the Chest

This Led Zeppelin tattoo is a little intricate with all the four sigils done in a detailed manner. The zoso symbol of Jimmy Page has been fused with the sigils of the other three members and depicted in a beautiful manner. Get this one on the chest to show off to other Led Zeppelin fans on the go!

Intricate Zoso Tattoo on the Thigh

This is a minimal Led Zeppelin tattoo that depicts only the symbol chosen by Jimmy Page. It has been a sign of controversy ever since the album came out and fans have continued to pour over books and other sources to discover what the sign may originally depict. While a section thinks it is from the book by mathematician J. Cardan with an artistic twist by Jimmy, others have come up with a more elaborate explanation. They think that the ‘Z’ symbolises Capricorn, while the rest of the ‘oSo’ part has a Satanic origin similar to that of ‘666’.

Zoso Symbol Tattoo on the Back

Most of the Led Zeppelin tattoo ideas on this list do not require a lot of skin area and hence can be sported by amateurs and experienced tattoo enthusiasts alike. However, this Led Zeppelin tattoo is a little different with it taking up a considerable area of the back to showcase the zoso symbol of Jimmy along with the sigils of the other three in the same chronological manner it appeared on the cover of the album. If you are someone getting inked for the first time, this might not be an ideal choice for a first tattoo with it beginning from the neck and extending to the back portion along the spinal cord.

Unlike zoso tattoo hand or zoso tattoo forearm, a Led Zeppelin tattoo of the sigil on the ankles may seem a bit strange choice. It will be hardly visible and cannot be an object of showing off at the parties. Well, unlike most people, some tattoo enthusiasts prefer to get inked for their own selves and not to show off to others. If you are someone who relates to this view, then this Led Zeppelin tattoo might be a perfect choice for you!

The Led Zeppelin zoso tattoo has been trending for a long time now, given its shroud of mystery and association with the famous rock band. Neither Jimmy Page nor Led Zeppelin has ever come out publicly to explain the meanings of the sigils and hence fans have been coming up with theories for decades now. And going by the trends on the online forums, these Led Zeppelin tattoos are here to stay!