10 Best Yakuza Tattoo Ideas You Have To See To Believe! 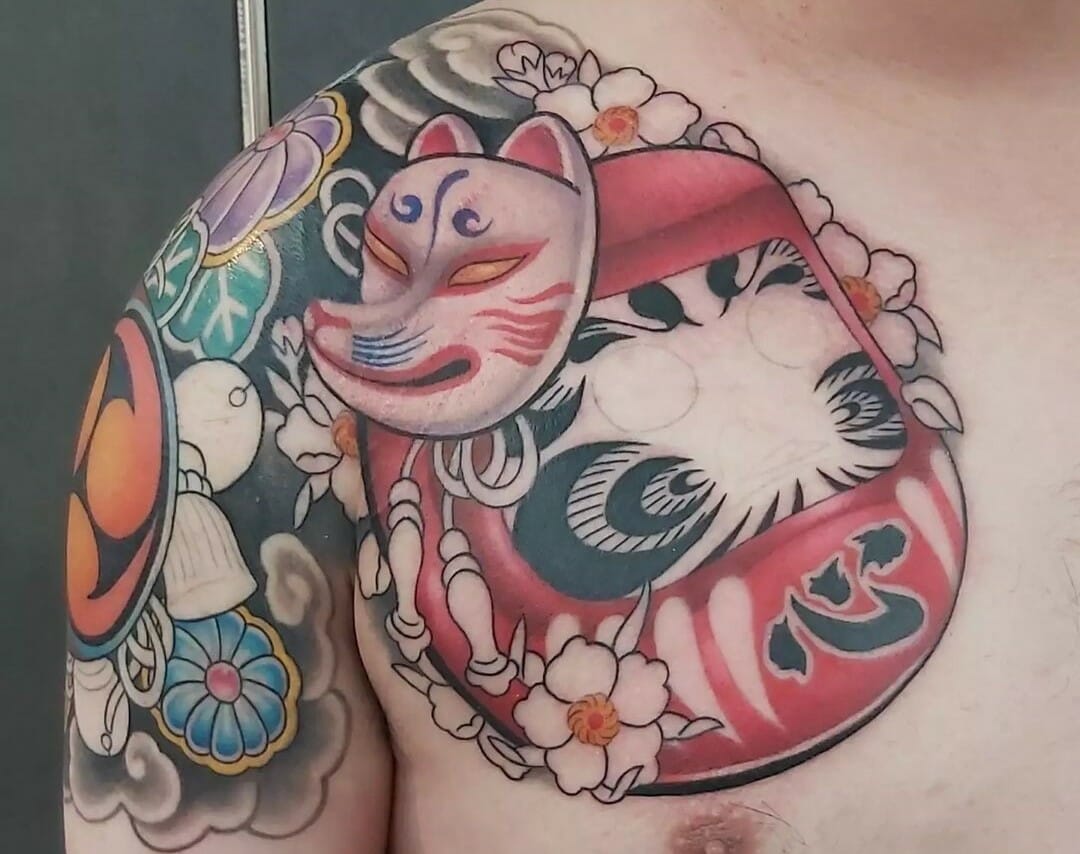 You’ve come to the right place to quench your thirst for the best yakuza tattoo designs. Let’s have a look at the designs we’ve picked out for you.

Yakuza tattoos are one of the most renowned tattoos originating from Japanese Culture.

The Yakuza tattoos were obligatory for the Yakuza members of the Japanese society as it was a part of their Japanese mythology. However today, many Yakuza members refrain from this Yakuza culture.

The Yakuza tattoos are either colourful or simple jet black designs that cover an individual’s entire body or just a specific part of their body, making it appear as a Yakuza bodysuit. This Japanese tattooing is not a very easy task for all tattoo artists. The tattoo artist must know proper skills to exhibit the detailed work splendidly.

Usually, cherry blossom or a specific figure that is relevant to the Yakuza lifestyle or the Yakuza gangs are incorporated in these Japanese tattoos. They are fun, creative and a very authentic tattoo design in the tattoo community.

Most people who love large tattoos that can cover wide sections of their body choose these Yakuza tattoos. Since these tattoos have a spiritual significance, most people are inclined to get them. They are very meaningful Japanese tattoos, full of mastery and have their own uniqueness.

Let’s look at the yakuza tattoo designs that we’ve picked out for you.

In this tattoo, we see that there is a figure of a Demon dancing with a tiger in the body of a man. This detailed work of art has been placed below the left chest area and has covered almost entirely the left abdominal area as well. Now talking about the shoulder patch, we see that there is a colourful portrait of a mask and a portrait of a cartoon character made on the shoulder area.

The tattoo artist has made this tattoo with good details using black ink mostly however in the top region we see that he has used various colours as well to enhance the beauty of this tattoo. The shoulder to shoulder tattoo is mostly connected and the Demon animal figure that has been drawn on the lower region has been made to look like a different part of the tattoo making it more interesting and anime-like.

This Yakuza tattoo is one of the most splendid body art that there is. Often people like to get this tattoo because of its nature orientation and colour scheme. This tattoo is a full-fledged flora and fauna which has been exhibited almost on the entire body in different pieces.

On the arm region the tattoo artist has used various red, green and shades of brown in them to make it look realistic and has filled the background as well. Coming at the back region, again a large flower along with its leaves has been made to keep the rhythm of the tattoo.

Continuing the vision, the tattoo is taken downwards from the butt region till the ankles with the same flora and fauna which is the flowers with leaves attached with each other in cloud like patterns. The tattoo artist has also used symbols like a pigeon that has been made in the front portion of the body to give this tattoo more punch and to keep it more interesting and more meaningful.

As we can closely see that the tattoo artist has used colours in some figures and has kept some figures quite plain with just a black outline.

This tattoo is a perfect example of a body art because the designs and patterns that the tattoo artist has made is all combined together making it more abstract and has not left out any specific space which makes it look a little bit clustered however that is what exactly yakuza means.

This tattoo right here is an abstract work of art in which the skills of the tattoo artist are splendidly highlighted. Looking at the main portion of the tattoo we see that the circular patterns that the tattoo artist has made in this tattoo has double outline in them and also filled them with shades of black which gives it more depth and beauty to the pattern of this japanese folklore.

In both the sides which is the main chest region we see that the tattoo artist has made two large flowerlike figures which he has highlighted by just outlining the borders of the flowers without colouring them in any way which makes it more raw and authentic.

This is another example of the body art that Yakuza is famous for which is connecting various abstract figures and patterns to create one entire body art with no specific details of proportions and distribution rather it is more free-spirited open-minded abstract tattoo.

This tattoo right here is a tribute to the Japanese culture in all forms. In the front of the thigh region we see that there is a dragon like figure that is trying to chase a Majima which is battling against another dragon like figure by using a sword and this entire aesthetic vision of a war between the warrior and the demons is what is trying to be portrayed in this tattoo.

The tattoo artist has not used any colours but he has paid intricate attention to the details of the tattoo and has used pure black ink to execute his vision. Although it looks like a simple figured tattoo however it is a very difficult design to trace and the tattoo artist has done a remarkable job by keeping the tattoo very specific and yet very neat to look at.

This is a very interesting, cheerful, naughty and a colourful yakuza tattoo of all time. As you can see, there is a cat that has been made very comical by wearing glasses keeping a weird expression. It is holding on to a mask of another cat and is smoking a cigarette.

The cat is kept on top of the helmet of a skull that has been detailed splendidly. The skull has a very unique expression which is quite opposite to the cat’s expression. The use of colours that the tattoo artist has used in this yakuza tattoo is remarkable.

Another great detail that this tattoo has is the fact that these two figures are situated over a cloud like pattern that has been coloured yellow and the background of this tattoo makes it more punchy and aesthetically pleasing. The tattoo artist has also used various shades of the different colours that are present in this tattoo and has outlined each and every detail with a jet black ink.

This is one of the most popular yakuza tattoos of all time. As you can see that the main highlight is in the centre which is the animal figure of a snake. The snake used in this Japanese tattoo is not any common snake but a specific Japanese cultured snake which looks more like a flying dragon.

It is surrounded by a cloud of floral background which is filled with flowers and various patterns of leaves and fauna. What makes this tattoo unique is that despite not having any colours, this tattoo looks like it has been coloured thoroughly.

The tattoo artist has used various shades of black and a hint of green and grey which makes the dimensions of this tattoo quite dark yet quite punchy and interesting to look at. This is a very unique style of exhibiting a yakuza tattoo.

The Tattoo Of Good Fortune

One of the most common yakuza designs are these one-sided elongated body art. The art is quite creative yet quite abstract. At the very top the tattoo artist has used colourful flowers that draws the attention right away and has used quite bright colours to fill them and shaded them very well.

Below the flowers we see that they have been connected to a samurai which is being shown as fighting against an enemy using a spear. The posture of the samurai has been captured very realistically and it exhibits the fighting spirit of the Japanese art and culture.

Right at the very bottom we again have the flowers that are drenching in water. The entire tattoo has a background of black and grey patterns which unites these different abstract figures together into a combination of one whole yakuza tattoo.

Another perfect yakuza body art is this one right here. In this tattoo we see that there is a snake that has been freed from a bar of jail and is aggressively coming out at someone. The expressions on the face of the snake is remarkable and the details of its scales and the patterns are quite amazing as well.

Just below the snake we have various patterns of honeycomb and flowers which looks like a lotus however they are more on the abstract side. In here is a symbol of Japanese culture which adds more meaning to the tattoo.

As we have seen by now that one of the famous symbols of Japanese culture and a symbol of the yakuza clan is the cherry blossoms which has been made in most of the designs. In this tattoo design as well, we see that the main highlight of the tattoo are the cherry blossoms which have taken almost half of the portion of the leg. The tattoo artist has coloured each of the cherry blossom using red which attracts the attention right away. There has been use of various shadings of black and grey around the cherry blossoms and also various patterns have been made around it to give it a good background on which they are popping quite admirably. As we go downwards towards the ankles we see that there are various Japanese figures that have been drawn in this tattoo which portrays Japanese culture.

Here are some other yakuza tattoo designs for your reference: