10 Best Yakuza Tattoo Female Ideas That Will Blow Your Mind! 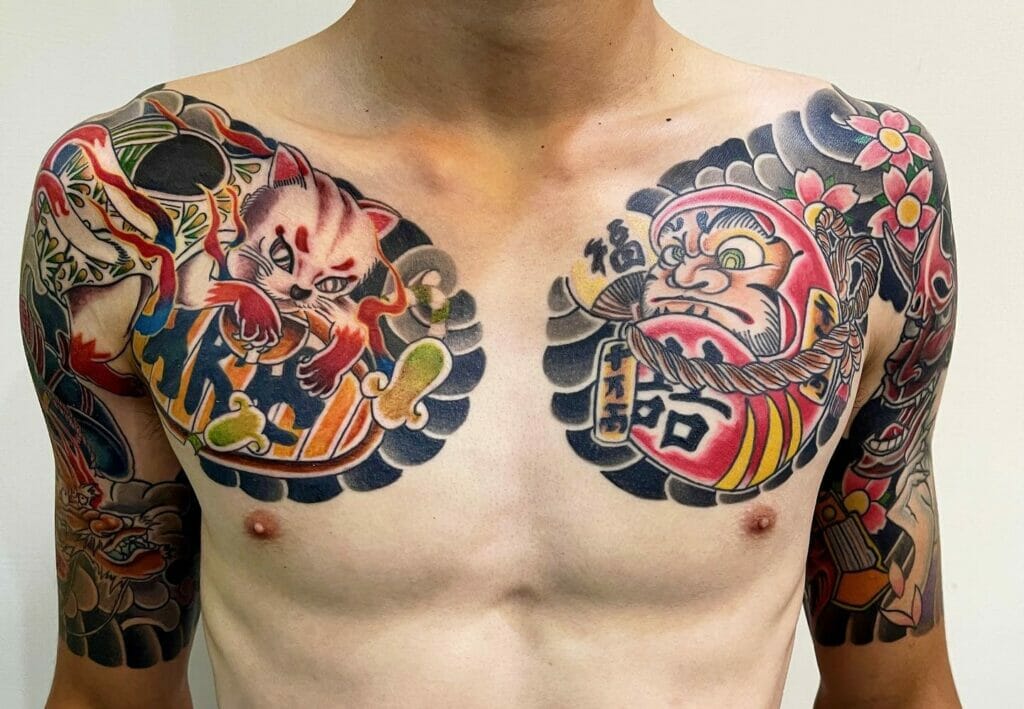 Looking for ideas to express your unhinged feminine side through some ink on your skin? Then get a Yakuza tattoo female are something you must keep an eye on.

In Japanese culture, some specific tattoos symbolize being part of the mob. Every Japanese yakuza clan’s signature style differentiates them from the rest of the bunch.

Yakuza means Japanese crime syndicate. Japanese art inspired by it has been growing in popularity in recent years, and for a good reason. These yakuza Japanese mafia tattoos look extremely good and carry centuries of Japanese culture within them, although people with tattoos in Japan are considered outlaws.

Historically, yakuza female tattoos were only done on the Yakuza boss’s wife. In recent times, the sheer beauty of these tattoos is what propelled them to be instant favorites in western culture. Their art style, which is very eye-pleasing and instantly catches attention, has pushed them to be the inspiration of many women who want to get tattoos in recent times.

In the Japanese culture, tattoos are disdained, which is why they are usually concealed, as most members and young recruits have a secret life as they are involved in criminal activity. Unlike western mafia wives, yakuza wives remain relatively orthodox.

Even today, many public baths and resorts in Japan post signs banning bathers with tattoos. Although getting a tattoo artist is hard in Japan, tattoo artists are more than happy to ink outside Japan.

This tattoo idea is great for women who want a simple neck tattoo inspired by the Yakuza. If a small tattoo is something you are searching for, this might just be for you. As the design of this yakuza tattoo is fairly simple, it is likely to cost less money and thus be more pocket friendly. This tattoo is also very small and can be easily hidden behind the collar of a shirt.

Kumo is a Japanese word for clouds. From ancient times, Kumo symbolized the ever-changing world. It portrays the delicate senses toward the changing seasons and how social conventions have changed in the world. Even in feudal Japan, the lords raged war and imposed their cultural ideas upon each other. Apart from looking spectacular, this tattoo has a profound meaning.

This tattoo is a usual suspect for women who want to get a yakuza-themed full tattoo on their back. This female yakuza back tattoo is sure to turn a lot of heads with a backless dress.

This tattoo is great for a woman working corporate jobs and independently living. This tattoo is not only good-looking but also a fashion statement. It is a tribute to Japan’s Yakuza in the truest sense. This back tattoo means a lot of things in Japanese lore and subculture, some of which are protection, wisdom, good luck, strength, and change. The snake in the Japanese subculture means both positive and negative things. A pair of snakes means balance. It may also be used by a husband and wife who want to get matching tattoos.

If you are looking for a tattoo that is a little bit more colorful and vibrant, then this might just be the one you are looking for. This tattoo has a lot of colors and immediately grabs the attention. With the backdrop being black and white and the phoenix being the only colorful object in the piece, it sure pops out. The petals are shaded in different colors, which makes it less monotonous.

The phoenix tattoo is very popular among the yakuza as the fire of the phoenix is considered a cleansing force in their culture. Living lives of sin, they hope the fire of the phoenix can cleanse some of their wrongdoings. Phoenix resembles the circle of life and death thus, and the tattoo has an innate meaning beyond just looking pretty. It gives the yakuza hope that maybe in their next reincarnation, things will be different. The phoenix also symbolizes rebirth, triumph, and strength.

This particular piece of tattoo depicts the more feminine side of yakuza women and how deceiving women of yakuza clans can be. This tattoo is great for people who do not want a fully tattooed body. This piece is a classic Japanese tattoo.

The face of the yakuza woman is very beautifully contoured and shows a lot of skill. The way the flowers are drawn gives it a three-dimensional feel. The flowers seem to be floating with the wind given by the woman holding a hand fan or a wooden handle.

This particular piece is popular as it can be very easily concealed for women who live independently and work jobs. It is very difficult to get jobs if the tattoo is visible. The koi is also said to give hope and faith.

The koi fish in yakuza culture generally translates to luck and good fortune. In traditional lore, it is believed that goldfish can swim up a waterfall, defeating its strong current. Thus it syncs perfectly with the lives of most of the yakuza members who have led harsh lives.

The pattern on the koi almost makes it seem like the fish is swimming in the woman’s skin. While the leaves add a hint of realism to the mix. The majestic blue color of the iris of the fish is very eye catchy. The swirls in the koi’s tail keep adding to the beauty of the whole piece. This piece will surely calm you down every time you focus on it.

This female yakuza tattoo might be what you are looking for if you like patterns. This tattoo has reached the zenith in this genre. This piece is unique because the Japanese hand fan gives an x-ray vision.

This tattoo of a woman gives us a hint of the duality of a Yakuza wife’s character. While the pattern on her face shows superficial beauty, the hand fan shows us how scary they can be and how they live secret lives. A study shows women married to yakuza did not belong to a life of crime but simply fell in love with their yakuza husbands.

Generally, yakuza bosses have vest-type tattooed bodies. While most of their bodies are tattooed, their sternum usually stays empty, per yakuza culture. This tattoo is generally not done on a new yakuza member as this tattoo has a vital role in the Japanese mafia hierarchy.

This design takes symmetry to another dimension. You are surely going to love this if you are going for a whole body piece. With patterns all over depicting flora, this piece takes a lot of skill to be done properly. This piece can be popular between both guys and girls.

This female yakuza dragon tattoo extends to the ankle and thus is great if you like to show some skin. The pattern of scales is sure to turn some heads on the street and look very seamless.

The red in this particular design pops and attracts a lot of attention. Although people who can pull this off are in a limited number, it might just be for you. The tattoo covers both legs without much disruption, which makes it even more appealing.

This piece is the way to go if you are into minimalist designs. The symmetrical design looks very aesthetic while covering the huge space and also telling a story. While the tigers add a majestic touch, the trees subsequently add a backdrop to provide a body for the piece.

Of course, we can’t forget to include the infamous tiger yakuza tattoo in this list from the famous ‘Yakuza’ game series. It is seen on the back of Taiga Saejima throughout the game series. In Japan, tigers and dragons are the leaders of the sign. Both signs are equally important and play an important part in their folklore. The tiger symbolizes strength and courage. In this case, it seems almost as if courage and strength have finally met. The red and the black contrast and help each other pop perfectly.

With colors all over, this might just be the most eye-catching piece on the list. Hannya tattoos are often associated with the yakuza. A member might get this piece to show how relentless and unforgiving they are. A hannya tattoo serves as a warning sign for anyone who thinks of crossing you.

In Japanese folk stories, Oni and Hannya are male and female demons, respectively. A Hannya is created when a woman is betrayed and is overcome by jealousy, obsession, and sadness. Although the word in Japanese means wisdom, the Hannya masks are a symbol of good luck and are fairly popular in small carnivals all over Japan as kids wear them.

Although tattoos are generally looked down upon in Japan as they signify if certain guys are yakuza members or gang members, getting a yakuza tattoo is no big deal for men and women outside Japan. But be sure to find a tattoo artist with a valid medical license, as it is mandatory in many states.

With more and more women working, female yakuza tattoos have become ever increasingly popular. While the patriarchal structure becomes less popular, and women take on an equally financially supportive role, they gain access to more independence than ever before. If you liked female yakuza tattoos, you might also like the suggestions below.