10 Best Wave Tattoo Ideas You Have To See To Believe! 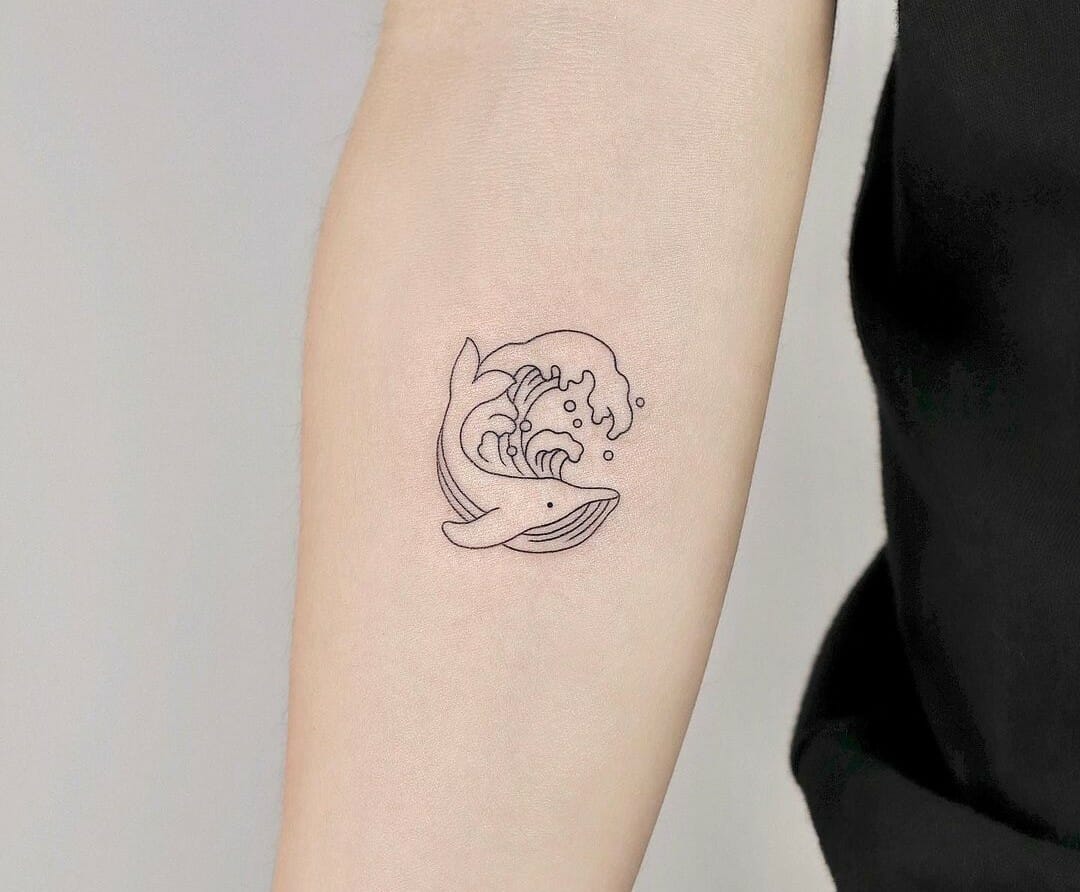 Are you looking forward to getting a cool wave tattoo on your body? Check out these brilliant wave tattoo ideas that will truly amaze you.

What does a wave tattoo mean? Wave tattoos have a lot of meaning because they depict one of the most natural forces on the planet.

A wave meaning can be dual as it is known to sometimes propel sailors towards their destination and sometimes, it engulfs them.

For some, it may represent a water-related horoscope, such as Aquarius, Pisces, or Cancer. For others, it may imply “going with the flow” or releasing anxiety and letting go of control. Many people who get wave tattoos believe that making the most out of life’s ups and down, allowing for the natural ebb and flow of their path, and concentrating on the positive is the meaning and philosophy of life.

One interoperation of the wave symbol is power. It signifies that the wearer of this tattoo can persevere in the face of adversity. Some styles for a wave tattoo are a circular wave tattoo, geometric shapes with a wave inside, a simple wave tattoo that represents water, a wave line tattoo with a moon or one wave with other elements of the world and nature. A simple wave tattoo can create an eye-catching design with a sense of mystery. A tattoo’s style, form, size, quotation, phrase, and color can carry a lot of meaning. Let us look at some exciting wave design ideas and tattoos to help you find that matches your personality.

Like any other tattoo, a wave tattoo can have a classic look and significance to it. This Japanese wave tattoo is placed on the forearm inside an oval outline. The tattoo is entirely in black ink and smooth shading. The spirit, the consciousness, passion, creation, a primitive state, nature, the “good” portions of humanity, fantasies, and imagination are commonly associated with the wave and ocean. However, it can also be a sign of independence, love, and rebellion. Waves, in particular, are one of the most distinctive elements of Japanese tattoo art. In traditional Japanese tattoos, water imagery is frequently mixed with Koi, Mythical creatures, or Oni. Water tattoos, representing power and life, also helo to communicate the concept of life.

We are all aware that the water and ocean are home to a variety of species. Some people move with the tides, while others oppose them. As a result, this reflects a voyage. This tattoo has two triangles inked on top of each other. One has mountains on it while the other shows a whirlpool and waves. The design also a moon and stars, inked entirely in black. This simple wave tattoo shows the contrast between land and the oceans. This tattoo can signify the topsy-turvy journey you took on a difficult path before arriving at this ultimate destination successfully. Geometric tattoos are becoming increasingly trendy, and have a modern, artistic appeal. These tattoos are often modest in size, although they can be designed bigger and applied to any part of the body.

This wave tattoo shows a jellyfish, starfish, clam and a wave, one below the other, in simple black outlines. For those that have grown up near water may get this design inked to remind themselves of their roots and the place they call home. This tattoo is placed on the ankle, but it can be drawn on the wrist and arm as well. You can pick from a variety of creatures that thrive in the ocean to add to your tattoo design.

A high and low wave tattoo combined could reflect life’s ups and downs. In this way, a wave aptly demonstrates a person’s journey. this wave tattoo is inked in black and grey shades on the forearm. A wave tattoo, like this one, might reinforce the idea of the difficulties you overcame to get to where you are.

This colorful wave tattoo looks like a dream! The blue wave has a white cloud of foam at the top and is depicted in its circular motion. Waves aren’t always harmful and rough. There are moments when a wave is peaceful, and it can be very calming to witness. As a result, when a wave is tranquil, it might symbolize peace and serenity. Many tattoo enthusiasts and those who were looking for their first tattoo search for something with a tranquil connotation. A wave tattoo is a popular choice because it denotes serenity.

Beach Tattoo ideas are popular among those who love sunsets, sand and traveling. It also implies that the person is carefree and embracing their getaway. This wave tattoo has a blue sky the top, with a sun setting over the clear ocean waves. This tattoo is paired with a quote “to die for” above the design.

Beach wave tattoo is a fantastic memento of your summer vacations, they could be childhood memories or your dream destination. When you glance at beach tattoo designs, you quickly unwind. If you’re a sea lover and enthusiast, you can carry your love for it with a scenic tattoo like this.

When you gaze out into the sea or ocean, you realize how enormous they are. Catching waves signifies the vastness of life and your isolation within it. As a result, this tattoo might serve as a reminder to focus on what you want to achieve. This tattoo is inked in a very tricky, sensitive region of the body. The storm and waves in this tattoo go all around the neck, inked completely in black, white and grey. The detail of the waves is quite stunning! The immensity of the ocean can symbolize the grandeur of life, and you are alone in it, attempting to blend with the environment, which has a way of touching us in both positive and negative ways.

Many surfers love to chase the stars and the waves. As a result, a wave tattoo can reflect your passion for god, the endless ocean or indicate that you love to surf and stay fresh. Here the wave is depicted in one simple blue line. If you are looking for a minimal wave tattoo design, this is a great option. You can create this blue wave tattoo on your arms or wrist.

This lovely wave tattoo is placed on upper arm, right above the elbow. The crashing waves are depicted here in a simple line and wave design. Right above the wave, we can see the circular pattern of the sun in simple black lines and dots. The center most rays of the Sun is connected to an ornament. This is another minimalist take on wave tattoos that look wonderful placed anywhere on the body.

Mosaics are an art form where patterns are created by combining different smaller pieces and patterns. Mosaics are nearly as old as humanity, but they are still regarded as one of the most attractive art forms by many. A mosaic tattoo allows users to transform a picture into a one-of-a-kind work of art. This tattoo is divided into three parallel stripes, each depicting a part of the wave tattoo. The crashing waves are depicted in bright blue and white ink.

A wave tattoo is very personal and can reflect a passionate side of you. So you can’t go wrong with any of these tattoo designs. You choose a wave tattoo that compliments you and your style. Here are a few ideas to check out before you get your next wave tattoo.

10 Best Vintage Tattoo Ideas You Have To...

10 Best Viking Tattoo Ideas You Have To...

10 Best Vine Tattoo Ideas You Have To...

10 Best Venom Tattoo Ideas You Have To...