10 Best Vegan Tattoo Ideas You Have to See to Believe! 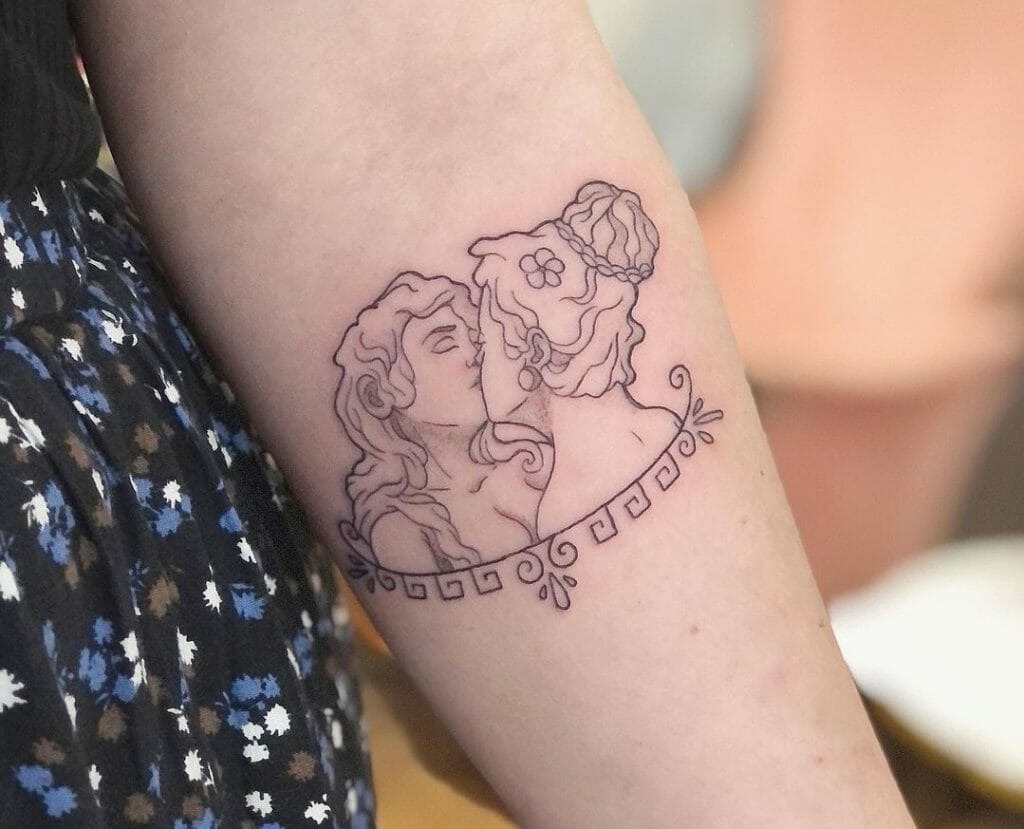 If you are looking out for your next inking ideas, here are some beautiful vegan tattoos and designs you can choose from.

Veganism and the Vegan movement, a practice of abstaining from using any animal-made products, has triggered massive support around the world with many opting for a completely vegan lifestyle.

Vegans use cruelty-free by-products for instance using food like olive oil, sustainable dresses and not animal products to protect animals. They believe in animal rights and their overall health to be as significant as a human being’s is. There are active organisations like PETA for their safeguarding. Veganism is a celebration around the world and a vegan tattoo process will be the best tribute to this humanitarian idea. A simple vegan tattoo can go a long way in inspiring others as well as instil pride in yourself. Down below are given some we like best.

This beautiful vegan tattoo is inked on the skin by the artist with straight, firm black lines. Featuring a cow in a “cowboy” hat, this embraces the beauty of farm animals. This minimalist vegan tattoo, unlike other tattoos, portrays the farm animal in an anthropomorphic way into a celebration of going vegan forever and stopping the use of animal products. This is suitable if you want to showcase a less bold show of the practice.

This elegant vegan tattoo features an avocado with flowers and leaves and says “vegan” on a ribbon covering the half-cut fruit. Among coloured vegan tattoos inked on the skin, this one is a showrunner. The intricately detailed yet stable colour scheme and perfect inkwork done by the artist makes it seem like this was a work not via needles but transfer paper! Vegan tattoo ink of various colours and the gradient work steal the show.

This colourful tattoo features a cow, a pig and a chicken within flowers: lavenders and lilies, happy and smiling. Again a representation of stopping the use of animal meat, this vegan tattoo surely sets a good precedence. Deep and rich tattoo inks of unique shades like purple, deep maroonish red and light pink used are commendable. Usually, vegan tattoos are made with vegan ink but it is advisable to enquire with the tattoo artist before if this is not explicitly understandable.

The Fairy-Cat Tattoo with Vegan Ink

This adorable tattoo is declared to be inked with vegan tattoo inks. It features a furry little cat but with fairy wings, a delightful mixture of pets compared to angels, as we often refer to them as! The linework is neat, and the shading and details in this tattoo is a beauty to gaze at. The fairy wings and stars in red add to a quirky background. Many artists have chosen to go vegan not only in their lifestyles but professions too, which this vegan tattoo is an example of. In addition, vegan ink is certainly cruelty-free. However, do double-check with the tattoo shop or studio about the inks if you are not sure about the process.

This tattoo is a straightforward message of celebration around the world. It says “vegan” inked in bold, black lines and can be tattooed in the collarbones too. Since not mentioned, asking your tattoo artist or tattoo studios if the tattoo ink is vegan or not is a better alternative if you are unsure about the tattoo studio using vegan-friendly and cruelty-free vegan inks. However, declared vegan tattoo shops or vegan tattoo artists do use vegan tattoo inks, stencil paper and transfer paper to uphold the movement.

Much like the previous one, this tattoo is with coloured tattoo inks but a bolder and louder celebration. The artist has inked the words “vegan” with fine, curved linework, decorated with a band of deep red roses and green leaves. With many tattoo inks and fine shading especially inside the roses, this is surely an attention-grabber.

These tattoos are celebrated around the world for their minimalism and power to express so much in so little ink. The Vegan heart on arm tattoo is the best example of that. With vegan tattoo ink, the artist has done excellent work using bright ink in showing blobs of water-smeared tattoo ink on the body. The vegan heart is a tattoo perfect for showcasing your support to the movement.

The boldest and loudest of all tattoos so far, this tattoo is full length covering the entire circumference of the arm, with a delightful honeycomb pattern as the background featuring almost all farm animals and bees nestled within flowers. The strong and stable vegan tattoo ink that does not bleed combined with the perfect work of excellent hands is on show here. The sheer strength of these tattoos is also a plus pointer for inking.

The Flower Tattoo with Vegan Ink

The different vegan inks available in the shop or collected from around the world is mentioned in the making of these beautiful flower tattoos. Tattoo ink can sometimes cause reactions on the skin or create lasting impacts if not treated properly. The ink used here is tried and tested, and also completely vegan, hence suitable for the skin even after several pokes. With deeply bright colours of blue, orange, green and brown, this tattoo is sure to set a benchmark of perfectionism!

Last but not the least, we have another declaration with vegan tattoo ink: a bold and beautiful full arm tattoo featuring gems and flowers. The deep colours and use of the world-famous tattoo ink are clearly shown in this inking. The intensely deep shading, gradient tones and precision are outstanding. If you want to go for a bold look, this one it is!

Vegan ink might be a safety issue, causing allergic reactions on the skin forever if not used to or trying out for the first time without prior knowledge of medical repercussions. We recommend you use aftercare products after consultation with the tattoo artists or tattoo shop beforehand. There are vegan tattoo balm companies in the market that help soothe the needle poking pains as well.

This vegan-friendly collection, including vegan tattoo ink, vegan body art, vegan products and the entire vegan-friendly tattooing process is worth the inking to celebrate yourself and the practice.