10 Best Traditional Dragon Tattoo Ideas You Have to See to Believe! 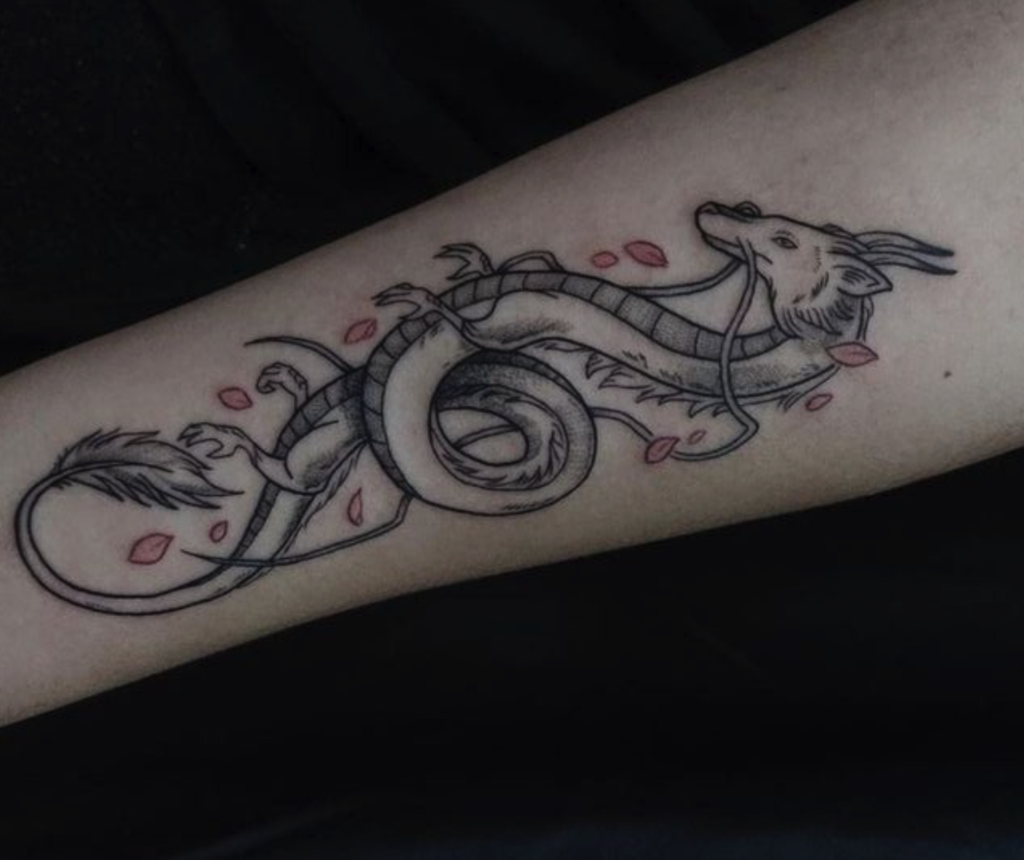 Not just the American traditional art style but the Japanese and Chinese traditional tattoos as well. The dragon is a mythical creature that is also a very popular tattoo subject.

We can see mentions of dragons throughout the cultures of the world but they are varied in nature. In the Western world, the dragon is a scaly, winged creature with fire breath. While in the Eastern culture they are water deities who have serpentine bodies and no wings. In all cultures, dragons are immensely powerful. This is why traditional dragon tattoos are so famous. They combine the ferocious imagery of the dragon with the bold traditional art style. If you also want to get a traditional dragon tattoo, then these tattoo ideas are just for you.

Dragons are really cool. These mythical creatures have been present in both the Eastern and Western cultures. If you have always wanted to get a dragon tattoo in the traditional style then this tattoo idea is perfect for you. It combines the bold, black lines and bright colours with the powerful imagery of the dragon. It will look amazing on anybody if they decide to get it.

Among all the traditional art styles, the Japanese traditional tattoo style is very famous. The legend of the dragon in Japan matches with other Eastern cultures as they are depicted as water deities who have magic. In the Eastern world, Dragons are serpentine and they do not have wings. In traditional Japanese dragon tattoo is done in amazing details and the use of bold colours really bring the image to life. If you are looking for a beautiful dragon tattoo in the Japanese style, then this tattoo idea is perfect for you.

The Dragons in the Chinese culture are similar to their Japanese counterparts. In China, the dragon is a symbolism of power and control over waters and rivers. If you want to get a detailed and beautiful Chinese dragon tattoo in black and grey, then this tattoo idea is perfect for you. It combines traditional and new art styles to create a masterpiece. The flowers add to the background. If you want to get a tattoo like this then find a tattoo artist who can bring this vision to life. The best site for this tattoo is on your back.

If you want a smaller tattoo in the American traditional art style then this tattoo is perfect for you. This tattoo of a dragon head is a powerful symbol without being too large or imposing. The best location for this tattoo is on your arm or forearm. The bright colours look amazing and the bold outlines complete the look of the small yet bold tattoo.

Japanese dragons are very famous for sleeve tattoos. By combining the dragon with some other elements, artists create amazing sleeve tattoos. This tattoo is no different. It totally covers the arm and the dragon seems to be alive because it is so rife with details. Japanese designs are hard to make because they are so intricate. So if you want to get this tattoo, make sure to find a tattoo artist who is fluent in this style. This tattoo is also quite large, so we recommend this for people who have experience in getting tattoos.

The Neo-Traditional style is a marriage between traditional and the new school tattoo styles. They look amazing and bold like the traditional tattoos while using a more varied and modern colour palette. They look amazing and sometimes almost three-dimensional. Dragon tattoos in this style is surely something to behold. This tattoo uses a wide range of colours throughout the tattoo and yet it does not take away from the details of the face of the dragon. The best location for this tattoo is the forearm but you can use any other location that can room this tattoo.

The dragon is a mythical creature famous for its awesome powers, one of which is the fire breath. The red dragon tattoo style has become very famous recently and even some celebrities have tattoos in this style It basically uses red ink all throughout the tattoo for the linework which makes it look unique. This traditional Chinese tattoo of a dragon is also done in the same way. It is hard to focus on the details of the tattoo with just one ink so make sure to find an artist who can do justice to this art style. This style of tattooing is famous amongst women and the perfect locations for it are the back or the forearm.

Unlike the bold lines of the American traditional tattoos, the Traditional Japanese tattoos focus a lot more on minute details. This style of tattooing is very famous but also very hard to execute. You can see that even though this tattoo is colourful and bold, it still has immense detailing. Even the background of the tattoo is detailed which brings up the overall quality of the tattoo. This tattoo is very large and will look great on anyone’s thigh. But it will also hurt a lot and take multiple sittings. So this tattoo is better for people who have previous experience of getting tattooed.

Black and grey tattoos are as traditional as it gets. These tattoos are very famous and a lot of people prefer them over colours as these last longer. If you are also a fan of the black and grey art style then this dragon tattoo is perfect for you. It uses only black ink but is still amazingly detailed. It will look fantastic on anyone’s thigh or back.

We talked about the amazing neo-traditional art style already. But if you do not want a dragon body but a dragon head tattoo, do not worry, because we have the perfect tattoo idea for you. This tattoo uses a variety of colours to bring tattoos to life. The background is also very bright and detailed with the dragon head in the centre. The bold outlines and bright colour usage of the traditional art style are also apparent in this amazing tattoo. If you want a dragon head in this style, then this is the best idea for you.

If you want more dragon tattoo ideas then we have some more just for you.

Find a good artist who can bring your perfect visions of dragon tattoos to life and happy tattooing!

10 Best Valhalla Tattoo Ideas You Have To...

10 Best Unicorn Tattoo Ideas You Have To...

10 Best Underwater Tattoo Ideas You Have To...

10 Best Unalome Tattoo Ideas You Have To...

10 Best Turtle Tattoo Ideas You Have To...