101 Best Sukuna Tattoo Ideas That Will Blow Your Mind! 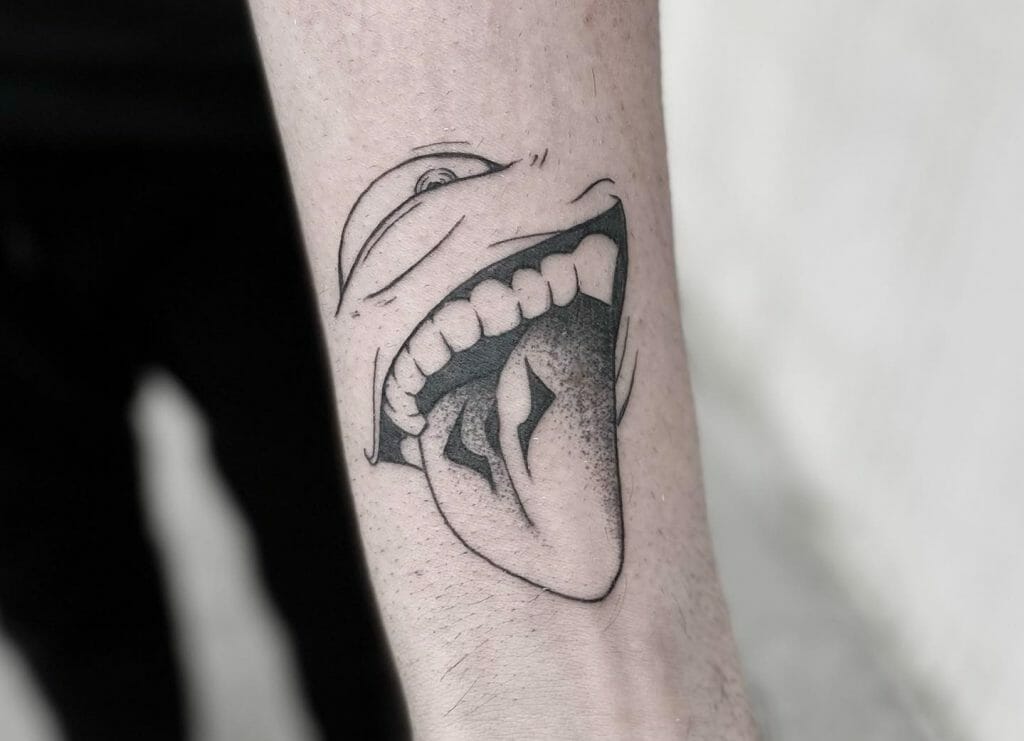 Are you a fan of the King of Curses, Sukuna, from the anime ‘Jujutsu Kaisen’? Read on to find some of the best Sukuna tattoo ideas that you’ll ever come across.

(These Sukuna tattoo ideas will sure blow your mind.)

After its debut in 2020, the anime series ‘Jujutsu Kaisen’ quickly became one of the most loved anime series amongst otakus.

Despite being one of the main antagonists, Ryomen Sukuna has been smitten by millions of otakus worldwide. With his cold-hearted, sadistic, and badass powers, Sukuna became of the most loved characters in the anime series.

Viewers are first introduced to Sukuna as a curse in the first episode. Said to be a vicious demon with two faces and four arms, Sukuna is also considered to be the strongest of all curses, which has also earned him the title ‘King of Curses’. Although he appears scarier than any curse, Sukuna gradually ends up being an undisputed curse.

Believed to be more than a thousand years old, Sukuna was a demon with two faces and eight limbs: four arms and four legs. According to legends, it was during the golden era of sorcery that Sukuna appeared. So terrifyingly powerful, his existence was enough to scare away all the other curses. He was said to have wreaked such havoc that he needed to be urgently defeated by the shamans of old. Although, eventually, they were able to defeat and kill him, Sukuna’s powers we too strong to be truly defeated. His 20 indestructible fingers had to be sealed with a strong talisman and were marked as high-level cursed objects. These were then scattered throughout the world to make sure they did not fall into the wrong hands.

He was first mentioned after the school’s occult club unsealed one of such cursed fingers that belonged to Sukuna. The moment they took the seals off, Sukuna’s tainted energy attracted other Cursed Spirits that attacked the club members. It was during this moment when Itadori Yuji consumed the cursed finger, following which Sukuna was revived. The audience then witnesses just a part of Sukuna’s powers for the first time when he takes control of Itadori Yuji’s body. However, the strong-willed Itadori Yuji eventually takes back control over his body, leaving Sukuna impressed. Apart from Itadori, Sukuna is also impressed by Megumi Fushiguro for his ten shadows technique.

Although demonic with extraordinary inhuman powers, Sukuna happens to be one of the most badass antagonists. There is absolutely no denying how Sukuna is the most extraordinary character in this anime series after Saturo Gojo (the only person who can exorcise Sukuna). Of course, someone as badass as Sukuna deserves to be imprinted on our body. If you have been looking for a super cool Jujutsu Kaisen tattoo to ink on yourself, we have an entire catalogue of the ten most incredible Sukuna tattoos for you on this site that will make your friends ask for one as well.

If you have been looking for a tattoo to show your love for Ryomen Sukuna, this tattoo is the most badass way to do so. Once Yuji ingests Sukuna’s fingers, Sukuna reincarnates in Yuji’s body by taking control and fighting the curses away and revealing his undefeatable powers. If you like this tattoo, make sure to double-tap on the image to appreciate the artist and get your favourite artist to draw you a fabulous ink like this one. However, to get tattoos like this one demands an excellent artistic skill to make it look perfect, which is why we would recommend you to find yourself a tattoo artist who has experience working on art like this.

If you want a tattoo that is as cool and scary as Sukuna? This tattoo is meant for you. The tattoo featured here portrays Sukuna in his best form. With red eyes and an evil smile, Sukuna looks just as creepy as he is meant to look, making this tattoo one of the coolest tattoos of Sukuna that you will find on the internet. This tattoo is also colourful, giving it a fresh out of the anime series vibe. Since this tattoo involves a lot of intricate details and colours, we would recommend you to invest in a good tattoo artist for a better experience. Looking for cheaper options could get you an inexperienced tattoo artist who might face a problem completing the design properly.

Every anime has one particular duo that makes the anime even better. The same goes for Sukuna and Yuji’s relationship with each other. A goofy Yuji who can turn into scary Sukuna just by switching each other’s souls. Although these two don’t really share a great relationship, let’s face it, we cannot even think of Yuji without a part of Sukuna in him. If you love Itadori Yuji as much as you love Ryomen Sukuna, this tattoo is a sign that you should get inked like this one here.

Love the ‘Jujutsu Kaisen’ manga more than the anime series? Get this Sukuna manga tattoo to show off your love for the manga. This tattoo features Sukuna being Sukuna at its best by delivering a dialogue just as devilish as himself. If you, too, are someone that people do not really want to mess with, get this tattoo and let Sukuna deliver the message for you. You can, of course, also customize this tattoo by getting your favourite Sukuna manga snap. You can also alternate this tattoo by adding text or a description instead of a dialogue. Either way, do you and let Sukuna handle the rest.

If you are not big on commitment but still want a tattoo, this temporary fact tattoo is a great idea. Since you can remove this anytime you want, this face tattoo is also great if you are about to perform in a cosplay. When Sukuna takes control over Itadori Yuji, Itadori’s body gets certain unique markings which make Sukuna look badass and also help the audience to differentiate between Itadori and Sukuna. To get this temporary tattoo, you can easily purchase a Sukuna mark tattoo sticker from an anime cosplay site. However, make sure to check out the sellers, product info, and reviews by the customers before you purchase them. You can also draw these marks with a skin-friendly marker or a makeup liner to make it budget-friendly and show off your creativity.

If you want to tattoo Sukuna’s face markings but in a different way that does not involve your face, an arm location can be a suitable idea. These unique markings can be considered Sukuna’s signatory markings which also makes it a great choice if you want an abstract Sukuna tattoo. These tattoos will only be recognized by true Sukuna or the anime ‘Jujutsu Kaisen’ fans, meaning they are a great conversation starter.

Chest tattoos often symbolize courage and confidence. These tattoos mean that the bearer faces challenges head-on, just like Sukuna. What makes a chest Sukuna markings tattoo great is the abstractness of the design. Of course, this tattoo is just like the last one, meaning this too can be a great Jujutsu Kaisen conversation starter. So wear your favourite character’s mark tattoo proudly and let them see your inner strength.

Sukuna has an ability to metamorphose through which he can create new eyes and mouth throughout the host’s body that allows him to talk and look around without having to control the host’s body. So, if you love Sukuna, show it off with a Sukuna metamorphosis tattoo. Any location for this tattoo is a good choice. The tattoo featured here has chosen his hand for the location of this tattoo, and it looks just as cool as Sukuna’s metamorphosis on Itadori’s body.

If you are a secretive person, you can also get this tattoo on any hidden placement that makes you happy and content. Visible only on occasion when you might wear a backless, a back placement is also an excellent choice for the same.

The only character in the entire anime series who can have a proper fight and can perform an exorcism on Sukuna is undeniably the gorgeous and badass Gojo. What else could be better than having Sukuna and Gojo in one tattoo? If you love these two characters the most, this tattoo is meant to be chosen by you.

We bet you must have found your favourite Sukuna tattoo to get it inked on yourself. However, to get the best tattoos, you definitely need the best tattoo artists. Make sure to look out for the top results, customer reviews, find answers and get in touch with the one tattoo artist who you think might have already worked on anime tattoos. If you are still unable to decide on one tattoo that would help you showcase your love for the series the best, you can also check out our recommendations below:

What is a sukuna tattoo?

A sukuna tattoo is a type of Japanese tattoo that often features demonic or supernatural creatures. These tattoos are said to protect the wearer from evil spirits, and are often seen as a symbol of strength and power.

What is the meaning of a sukuna tattoo?

A sukuna tattoo often has a number of different meanings, depending on the specific design. Generally, these tattoos are seen as a way to protect the wearer from evil spirits, and are also seen as a symbol of strength and power.

How much does a sukuna tattoo cost?

The cost of a sukuna tattoo will vary depending on the size and complexity of the design. Generally, these tattoos can range in price from $100 to $1000.

How big should a sukuna tattoo be?

There is no specific size that a sukuna tattoo must be, as it will depend on the individual’s preference. However, these tattoos are often large in size, as they are meant to be seen as a symbol of strength and power.

What colors can a sukuna tattoo be?

A sukuna tattoo can be any color, although black is the most common. These tattoos may also feature other colors, such as red, white, or blue.