10 Best Strength Tattoo Ideas You Have To See To Believe! 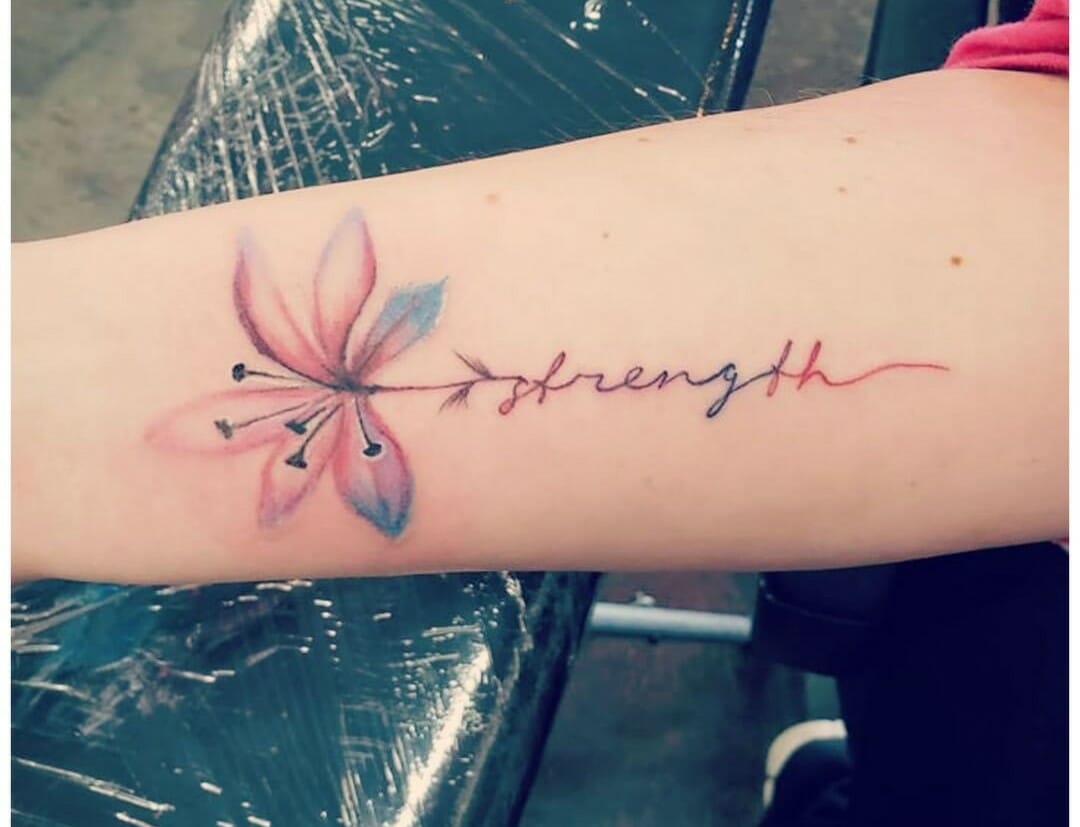 A Strength tattoo idea is a globally inspiring tattoo. We’ve collected some of the best strength symbols for your amazing strength tattoos.

For those people who have been through a rough situation in life and those who need motivation, strength tattoos are the decision.

Not only do these strength tattoos symbolise inner strength portrayed on one’s skin but also provide emotional strength. These tattoo designs are unique and different for every individual.

Most people choose to get quotes of the popular choice while others ink their own passion. These strength tattoos are signs of art and bravery. It can be as simple as a letter, or a word, or a full sentence. It can also be a specific symbol or a figure. It means that each strength tattoo is personal and shows one’s own feelings which can be portrayed as animal tattoos, or religious tattoos or spiritual tattoos, or love tattoos, or any kind of tattoo design that represents strength both physical strength and personal strength.

Not only are the strength tattoos easy to draw for the artists, but the shape, size, and text of the tattoo can also easily be adjusted by one’s preference. For most of the time, a simple jet black ink is used to draw strength tattoos and various bright colours are avoided so that there is more emphasis on the text than the designs.

However, as simple as the tattoo design already is, the text is written in various fonts, big or small, as per the demand of the customer, which makes it unique and one of a kind. Not only are these strength tattoos motivational for the person who gets them but it also sparks positivity and other optimistic meanings to its viewers.

Be it a lightning bolt or a bad luck , each tattoo has its own way to symbolise strength.

It is our pleasure to show you various strength tattoo designs that we have picked out for you. You will definitely love them.

A very simple yet authentic way to portray a strength tattoo. Here the tattoo artist has shown three different symbols and then a text. The first symbol that has been used in this tattoo is of a heart that has been gradient shaded with red inside. The red shade pops out the liveliness of the tattoo. It makes the tattoo more cheerful and bright.

The second symbol that has been adjoined in the middle is of a heartbeat which has been drawn as a pure jet black shade. The third symbol of this strength tattoo is that of a cross which mixes this tattoo more spiritualistic and more meaningful.

In the end, the text which says strength has been written in the end with the double-lined font to put more emphasis on it. This tattoo although being very simple and plain has various elements inside it which speaks volumes to the people. It has been tattooed in the forearm region so that it’s more visible. The three symbols are very important completed with the strength text in the end.

The Tattoo Of Faith

“Believe in yourself”, one of the most loved phrases of all time is the main element of this tattoo. The tattoo itself speaks volumes in terms of strength and positivity and motivation. The tattoo is entirely in the form of big bold text making it prominent.

Now if you look right into it, your attention will right away be grabbed by the red fonts that have been used in the tattoo. The red font letters are among the existing black letters of the tattoo. The red letters say “Be You”. Although simple yet a very powerful message is portrayed in this tattoo.

It motivates the person and also wants the person to retain its originality and authenticity. The use of red among the black is very creative and thoughtful. The size of this tattoo is also an element of emphasis as it can draw attention easily.

The Tattoo Of Mystery

We have named this tattoo the “Tattoo Of Mystery” because of its mysterious nature. This tattoo is like a picture of a fictional book that has been engraved on someone’s skin. The tattoo is a huge frame inside of which there is a queen riding on a lion at the time of sunrise which symbolises that every day is a new beginning and every person is allowed to make new choices and every person is as important the choices they make.

The frame has been decorated with flowers, ferns, vines, and creepers to give it a dark mysterious aura. The tattoo has been ideally made with a jet black ink and there are various places where the ink has been shaded dark and also it has been shaded light.

Wherever the ink has been shaded light it gives a greyish encounter. The entire tattoo symbolizes strength and has been made on a shoulder patch covering the entire bicep region of the lady. A must-try for all fanfic lovers.

This title right here is the “Tarot Card Tattoo” in which a picture of a woman along with a lion has been portrayed together inside a frame. The details like the Roman 8 on the top left corner and the text saying strength at the bottom have been well executed. There are roses surrounding the card on both the top and bottom along with leaves.

The details of the card are remarkable as the border of the card has a small tear giving it a more realistic look. Not only does the picture signify the meaning of strength behind it but the text of strength makes it more evident and more crisp.

The most classic black ink has been used to make the tattoo. Another important detail to notice is that the tattoo artist has used dot like method to give this tattoo a more realistic approach and to give depth do it. It makes it more punchy and believable. One of our most liked tattoo is this Tarot Card Tattoo.

This tattoo right here is creativity mixed with philosophy. Not only does this tattoo gives a thematic motivational meaning by using the word strength as the center but it also makes it more creative and more meaningful by adding an infinity around the word strength.

Another simple tattoo that has been portrayed here is the classic black ink-styled tattoo. Unlike the first suggestion that we had given, this tattoo is different and hits a different note in interpretation as well. A freehand written tattoo in which the tattoo artist has free handedly drawn a heart and then a graph, carrying on by the word strength.

The tattoo more or less looks like a signature and the placement of the tattoo is remarkable. The simplicity of this tattoo is what draws more and more attention and why people keep getting this tattoo. It is one of our favourites and a great suggestion for y’all.

A very unique way to portray a tattoo. In this strength tattoo, the first thing that we see is a roman date in a vertical direction with big bold numbers. Next, we move on our attention to the cross which is the symbol of Jesus in the religion of Christianity that has been drawn; inside of which the word strength has been put in as if it is a part of the cross.

The tattoo gives a very bibliographic appearance which makes it more spiritual and motivational. The tattoo artist has used dark bold lines to draw the cross horizontally and even the text in the same direction. The remaining of the tattoo has also being made and jet black.

The Path Of Positivity

Another tattoo with a bibliographic appearance but looks more like a picture of a card. On one hand, we see that a portrait of a woman walking with a lion has been made and the text used in that picture is of “strength”. Another tattoo that has been made which says “the lovers” has been used to portray the divinity of humans and angels.

In the tattoo where it says strength, the tattoo artist has used black ink with dot-like structure, and also the use of V-H lined structure has been made in which he has made patterns in both horizontal and vertical direction giving it a more net-like appearance. Also, there has been a use of light and dark shading which adds more depth to the tattoo. A simple yet mysterious tattoo.

The Splash Of Colours

This tattoo right here is a very creative approach to a normal classic motivational tattoo that we have been seeing so far. Even though the tattoo is very simple yet the use of colours in this tattoo makes it more punchy and authentic.

The tattoo artist has used various splashes of colours as a background and on top of which he has written the word “strength” using a figure of two birds sitting on a branch. The use of birds makes this tattoo more elevated because these animals are a symbol of freedom, positivity, and power which blends well with the theme of the tattoo. The use of colours as a background makes the tattoo more optimistic and more fun.

Ending our list of suggestions with the most classic phrase used as “strength tattoo” which is “Pain Breeds Strength”. This tattoo gives validation to people that every one that is going through a hard time and is suffering through pain is actually experiencing strength and valour.

The tattoo artist has done enough justice by detailing every letter of this tattoo. The use of freehand cursive handwriting makes it more raw and authentic. The tattoo artist has used black ink once again giving it the emphasis that it needs. The placement of the tattoo is on the chest region just right under the collarbone which is a tempting place to put a motivational tattoo as it is more visible.

Not only will this tattoo motivate the person who gets it but also to all the people who will be seeing it. One of our favorite designs of all time so make sure you try it out.

Apart from the suggestions above, you can also try out the strength tattoo design ideas below:

10 Best Succulent Tattoo Ideas You Have To...

10 Best Stippling Tattoo Ideas You Have To...

10 Best Spawn Tattoo Ideas You Have To...