10 Best Star Tattoo on Foot Ideas That Will Blow Your Mind! 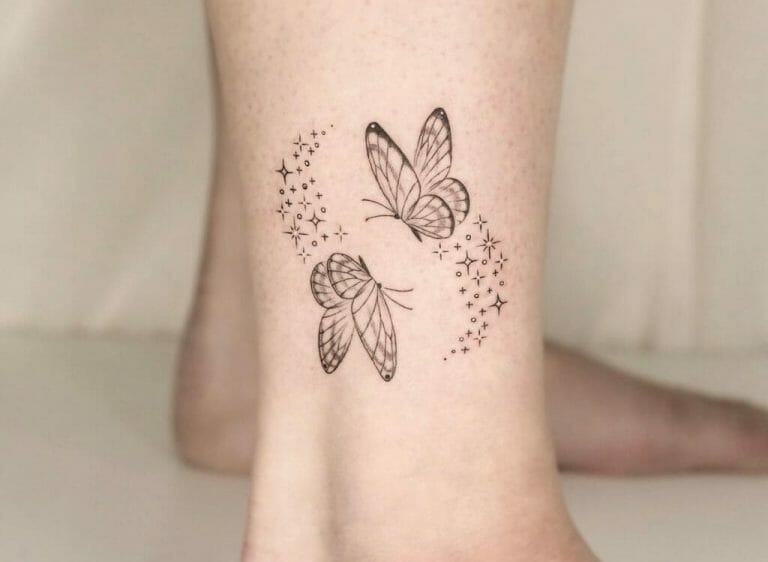 If you love the night sky and the stars, in particular, fascinate you, then get a star tattoo on foot which is not only cool but majestic too.

An astronomical object, star, illuminates due to the thermonuclear fusion of hydrogen into helium.

Several scholars have debated about the origin of the word ‘star’; for some, it has been derived from Stella in Latin, some say Aster in Greek, some say Stern in German, and some believe Ister in Akkadian. From religious practice to navigation, the stars have played a very important role throughout human civilization.

In ancient times astronomy played a very important role, and astronomers were able to differentiate between a fixed and a wandering star from that period only. The first prominent star chart was made in the Egyptian civilization, while the first star catalog was made in the Greek civilization by Aristillus with the help of Timohcaris. In modern times due to layered meanings, it has also been used as body art.

The simple foot star tattoo design is mostly done using one or two stars. The stars are drawn in the format of a pentagon, and mostly black ink is used for drawing these foot star tattoos. The size of the tattoo usually ranges from small to medium and totally depends on the tattooer.

The simple star tattoo on a foot can have varied meanings in varied cultures, but the common symbols associated with it are intuition, honor, desire, hope, and guidance. Popular among both men and women, these star tattoos on foot can also have religious and spiritual leanings. Other than that, they can be inked for simply their aesthetic ideas and values.

You must have heard people often saying to make a wish when shooting stars are passing so your dreams can come true. This is exactly the meaning associated with shooting stars tattoo on foot. They are mostly done in black ink and are a popular choice among both men and women.

The shooting star is often a symbol of good luck and charm and is often done by people to take the positive vibe from these stars’ tattoo design. The shooting star tattoo reminds the tattooer of the good luck charm behind it and motivates them to achieve the dream and prosperity they wish for.

Moon and Star Tattoo On Foot

When the moon and the star are done together, they mostly represent the concept of family. Moon has always been considered to have a feminine nature, while the sun is associated with masculinity. They are mostly done using black ink and are quite popular as star foot tattoos among girls.

This tattoo can be done in a few variations and is a great way to represent family members. When done with only the moon and a few stars, the moon will represent a mother while the stars will demonstrate her children. Again when several stars are done with a moon, then it will represent siblings associated with the tattooer. Sometimes the sun is added with the moon to represent the father figure in this tattoo.

Sometimes they can also be done as foot colorful stars tattoo where the color of love and passion, red, is used. Then it becomes the red heart and red star tattoo, helping the tattooer to remind them of the positive sides of life. This foot lovely star tattoo is done to celebrate love and the ones closest to the tattooer whom they desire, consider them to be their guide or hope to be with them.

Stars have widely been considered a symbol of guidance, joy, and hope. Now when the butterfly is fused with a star tattoo, it reflects the joyous transformation of the tattooer and the hope it brings with this change. This stars tattoo design can be done either in black color or as colorful foot star tattoos.

Where other stars are mostly done as pentagrams, the religious stars mostly are done in the format of hexagrams. The Star of David is a major Jewish symbol that has six sides that represent the twelve tribes. This foot unique star tattoo is mostly done in black ink and is done by the followers of Judaism.

The hexagram model is the focal point and the main idea behind the Mandala designs. The symmetry and perfect balance in the mandalas demonstrates the harmony between divinity and humanity. Followers of Buddhism, Jainism, and Hinduism often get this tattoo done to show their desire to achieve Nirvana with this design.

One of the most foot unique star tattoo designs is the tribal star tattoo. The meanings of this particular tattoo vary from culture to culture but are extremely ornate in nature. Dreamcatchers, feathers, and different geometric shapes are used to make this star tattoo extremely loud and completely different from other designs.

Firstly the tattooer wearing a tribal star tattoo can represent their heritage with this tattoo design. For many tribes star is the symbol of protection, guidance, and hope. A tattooer can also demonstrate such leadership qualities by getting the tribal star tattoo. Other than that, they can also be done for their clean and aesthetic designs.

Flowers And Star Tattoo On Foot

Where stars have been associated with the symbol of hope, guidance, and honor, different flowers demonstrate different meanings. But it is true whenever we see a blossoming flower, and it fascinates us. Thus, when the stars and flowers are combined for a tattoo, it represents the personal development of the tattooer.

Often, we can see stars forming patterns to reflect certain images in the night sky. The image can range from that of an animal to an abstract pattern that enchants us. Many people love star gazing and are fascinated with the view of constellations. For them, these tattoos are a perfect way to represent their love for stars.

Cassiopeia, which looks like an irregular W, is a collection of five bright stars. Canis or the Greater Dog, Orion or The Hunter, Taurus or the bull, and Leo or the lion are some of the famous constellations that can be tattooed on foot. These tattoos are mostly done in black ink, and for many people, they can be the symbol of assurance, hope, good luck, and faith.

Following the idea- less is more, the small foot star tattoos are inked both by men and women. They can be either done with black ink or colorful ink and totally depends on the choice of the tattooer. With its subtle and clean design, this foot trendy stars tattoo is cute yet elegant.

A single star or multiple small stars can be inked, which reflects intuition, hope, desire, guidance, and honor. This foot star tattoo design has a great advantage as it is so minute that it can sometimes even be overlooked by viewers. People who are shy and introverted mostly get these star foot tattoos.

While doing a star tattoo on foot, you must first research and read about which design you want to get inked with. Stars as a symbol can reflect a plethora of meanings ranging from religious beliefs to modern connotations. Not only the foot but other places where the star tattoos are done is the wrist, shoulder, forearm, shin, back, and chest.

Other than the mentioned ones in the article, there are multiple designs that can be inked on foot using the star tattoos. They are: