10 Best Scroll Tattoo Ideas You Have to See to Believe! 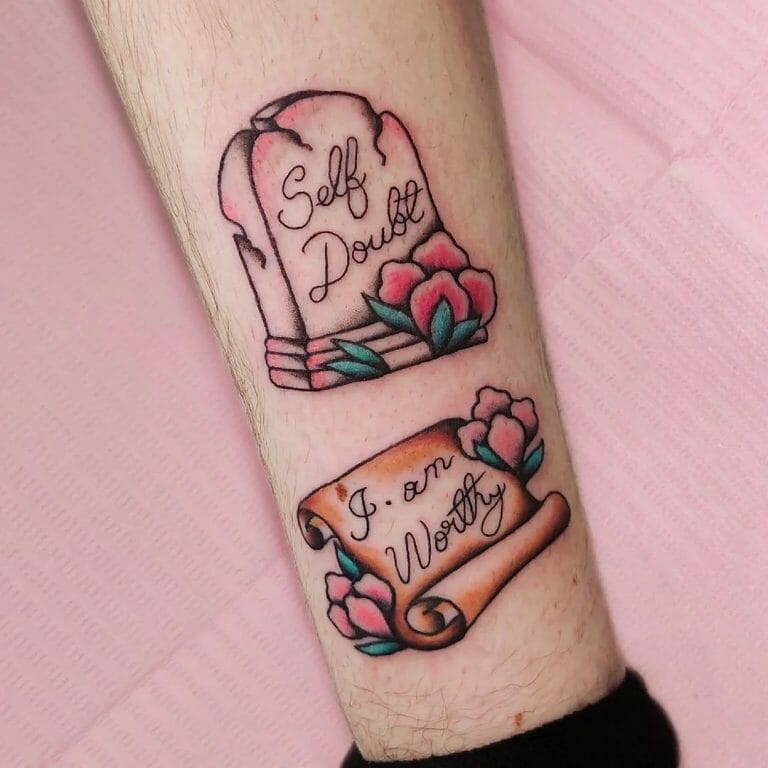 A scroll, also more commonly known as a roll, is a piece of a roll of paper, parchment, or papyrus designed to house writing.

Scrolls have been a part of human history and can be traced back to ancient times when they were the most common form of storing art or knowledge. They have a premium feel to them and can be compared with banners that were also used to portray art.

In modern times, scrolls are seen as somewhat of a mysterious object as they contain the word of the old worlds and have a unique look to them. As is the case with most objects, scrolls, too, made their way into the world of tattoos as their unique designs are great tattoo designs. Scroll tattoo designs are usually made blank first and then various elements can be added to them to give them a meaningful sign or portrayal. A scroll tattoo can make a great memorial, or you can add a meaningful text or quote that resonates with you!

Scroll tattoos ideas are often flexible and since the scroll is a blank piece of paper, any number of ideas can be added to them to create an individual style.

This tattoo portrays a fantasy world with the portrayal of a castle with a dragon in front of it which instils a sense of magic to the design! The black ink work makes tattoo designs like this prettier than usual and the detailed drawing adds a certain amount of depth to the tattoo design.

If you are a fan of anime, you have certainly watched Naruto by this point and already know the importance that a scroll has in the world of Naruto.

Scrolls are one of the most important forms of communication in the world of Naruto as they often contain text or art from top to bottom.

This tattoo design shows off a cursed scroll that can often be used as one of the many ways to inflict a curse on someone.

Scroll tattoo ideas like this design are great to look at and will get a few heads rolling in your direction!

Scroll and banner tattoo designs are full of inventive abilities because there are no set requisites that can be applied to these designs, as you are free to choose text that will look good according to your preferences.

Scrolls tattoo designs like this idea may get the job done for you if you are in the search of something that encourages you and the people around you. Ideas like these designs work great when they are filled with colour ink, but can also look good with just a black filling.

Scroll designs like this tattoo can be filled with whoever quote who may want to get it with!

Scroll tattoo designs often come with some sort of quote or imitation of photos that are meaningful to you. However, not all tattoos have to carry a quote or text in them and can be simply an abstract design.

This scroll tattoo comes with a beautiful artwork that oozes serenity as it paints a simple yet intriguing picture with a black ink background that is carried to perfection by the pink flower and leaves.

Tattoo designs similar to this can be altered as you can add a cross to it or change the placement from the hand to other parts of the body.

Scroll tattoo designs are one of the most common frames for religious tattoos as they can be filled with texts and important passages from various religious books.

This tattoo adds a bit of a dark tone as it incorporates a praying child and a skull and the interpretation of how evil-doers hide in the shadows!

Scroll tattoos like these can be a great addition to your body if you are someone who thinks of themselves as religious and wants to inscribe a form of message.

Self-love tattoos have gained popularity over the years with more people becoming aware of the importance of self-appreciation and how it can affect mental well-being.

This cute scroll tattoo is one such example of how you can get yourself inked with tattoos like these that will make you more confident in yourself and will help you achieve great things in life.

If you don’t like the colourful nature of the base tattoo, you can get it inked in all black to fit your requirements.

Scroll tattoos are often used as memorials to remember loved ones as they can be filled with quotes about the deceased as a way to remember them.

This stunning tattoo adds the image of a flying bird, as soaring birds symbolize peace and optimism. The tattoo is visually pleasing from top to bottom and fulfills the ideas behind such scroll tattoos.

If you want to make this more of your idea, you can make it more banner-like or adds photos of the deceased to the design to give the tattoo a different approach.

There are many versions of tattoos that can be used to pay tribute to one’s family and this scroll tattoo is a perfect example of such tattoo ideas.

Blank scroll tattoo designs are often used as a base for such a tattoo and can be filled with the names of family members that you close near and dear to yourself just like it can be seen in this design.

This scroll tattoo on forearm can also be moved to the legs or the thighs if you wish to change the placement.

This scroll tattoo creates a beautifully crafted frame for the quote with its striped background with the same message on the scroll.

Scroll tattoos like this are a fabulous addition to your body if you want to show your worth in front of all the riches!

The Japanese scroll, more commonly known as the Kakemono or Kakejiku is often used as a scroll banner that is used to exhibit paintings and calligraphy.

If you are in the search of traditional scroll tattoos, then this design is something that you should absolutely consider as they are aesthetically pleasing to look at and have a quirky approach just like the one in this tattoo.

Here are some recommendations for similar tattoo ideas