10 Best Religious Tattoo Ideas You Have To See To Believe! 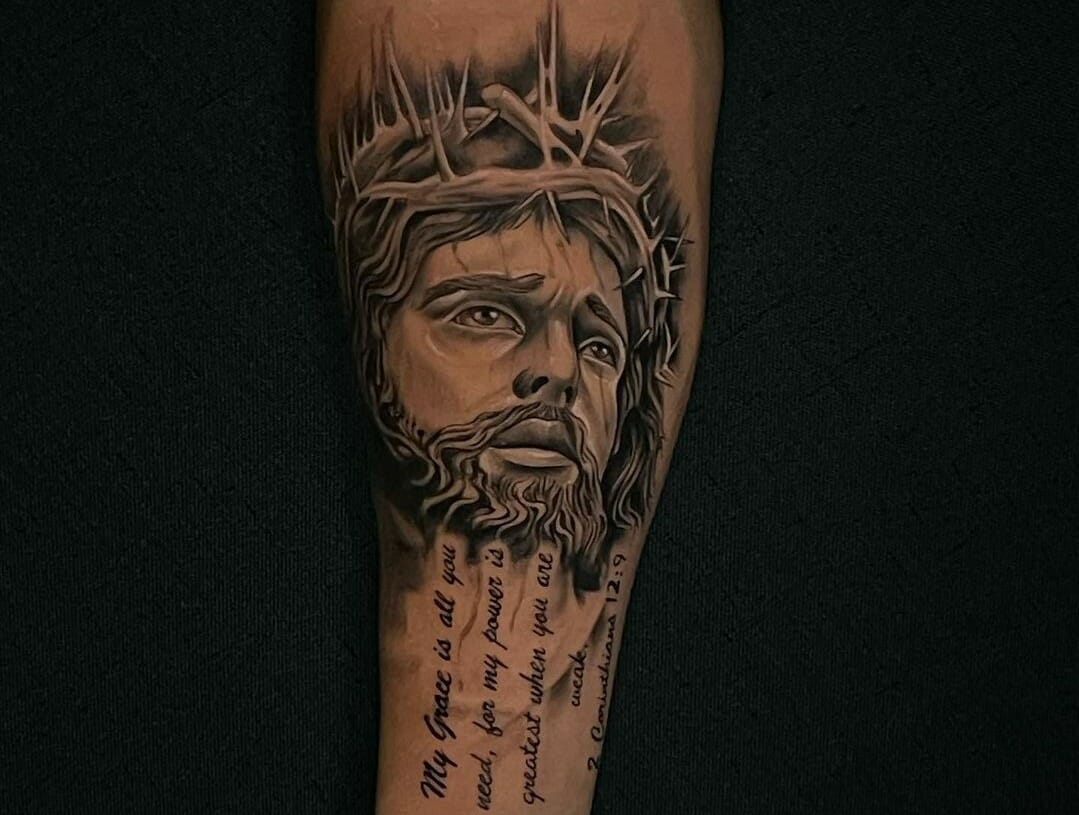 Are you looking for tattoos that will reflect your religious faith and belief? Then here are some amazing Religious Tattoos for you to check out.

People who are devoutly religious often carry different symbols with them to express their faith and belief.

A lot of people often ask ‘What is a religious tattoo?’ but the answer is quite simple. A religious tattoo reminds one of their religious beliefs and faith whether they belong to Christianity, Islam, Hinduism, Buddhism, Judaism or any other religion in the world.

Many people put symbols from their religions as tattoos on their body in the form of a chest tattoo or sleeve tattoos. Some people also get tattoos of holy words or phrases from religious scriptures or books. During dark times, these tattoos offer them peace, solace and encouragement to keep going.

For thousands of years, the human race has believed in the idea of one or multiple Gods through their unique religions. They have also written texts and scriptures that are holy to them along with worshipping other elements that may act as a significant symbol to them. Regardless of what religion you belong to, if you also believe in God and the act of worshipping, you should go ahead and look at a religious tattoo design that you would.

If you are getting a tattoo for the first time, you may want to try out a simple or minimal tattoo design.

Consequently, you can get a tiny Cross tattoo or even a simple tattoo near your wrist that might be small but elegant enough to stand out in the crowd. If you are not satisfied with simple tattoos, you can also get large shoulder tattoos or a chest tattoo that look like body art.

One of the most popular tattoo designs for those belong to the religion of Christianity has to be the angels who are mentioned in the Bible. The Bible mentions a number of angels who helped God make the Earth and the humans in them. If you are of Christian faith, you must have grown up reading the Bible and other holy texts like the Old Testament and New Testament that consists of different stories about God and these angels.

Consequently, if any of the Biblical angels and their stories have stood out to you, you can also ask your tattoo artist to create a detailed and intricate tattoo design as seen in the picture above. The artist has done a stunning job and has added heavy shading as well to make the tattoo more realistic and authentic.

If you are looking for some inspiration regarding religious tattoos from ancient, historic cultures, check out these amazing Eye of Ra tattoo ideas which has tattoo ideas about the Egyptian sun god Ra.

As seen in the picture, the wearer has gotten a tattoo of Virgin Mary in an entirely black, monochromatic design. They have also added a flower below the figure of the Virgin Mary to add to the tattoo and make it seem less incomplete. Therefore, if you are looking for Christian religious tattoos, you should check out some Virgin Mary or Jesus Christ tattoo ideas.

One of the most important symbols in Hinduism, the ‘Om’ symbolises the entire universe and our reality. When chanted from the scripture during prayers, it is also considered to be a sacred syllable that is the holiest of all mantras. It is also used in Buddhist and Jain mantras.

Consequently, if you want to express the kind of peace and solace you feel in life while chanting the religious mantras, you can get the ‘Om’ symbol inked on your chest or arm. As seen in the picture, the tattoo artist used a casual, freehand and artistic style with the symbol and drew it in a wonderfully, free-flowing manner.

Religious Tattoos With The Praying Symbol

The symbol of praying hands is well known throughout the world as a sign of someone in deep prayer, worshipping to their God to ask for forgiveness for their sin and blessings in life. If you are a Christian, you may remember how many Christians also use the rosary beads with their folded hands while praying. Many statues of the Virgin Mary and Jesus Christ also show their hands folded in the praying posture. Consequently, if you also want to display that part of faith and worship through your hand tattoos or chest tattoos, you may want to get the praying symbol inked on your body.

If you are looking at Cross tattoos for men but are confused regarding what kind of a tattoo you should choose to put on your body, you should definitely check out these amazing Cross tattoo designs for men.

If you are looking for a Christian tattoo, you can also try to see if you would like a Jesus tattoo. Among all Christian tattoos, the tattoo of Jesus Christ is quite popular because it signifies God’s love upon the mortal humankind.

If you choose to get the face of Jesus Christ tattooed on your body, you may need to consult an expert and proficient tattoo artist who you know does excellent work and can be trusted. As seen in the picture, the artist has successfully captured the essence of Jesus through his face and has done incredible detailing work that even makes his tears look absolutely realistic and authentic.

If you are looking for spiritual tattoos from Hinduism, you will first have to choose which deity, god or goddess you want to display through your tattoo. There are numerous deities in Hinduism with different gods and goddesses – all of whom have separate, unique powers. As seen in the picture, the wearer has gotten an extremely detailed tattoo of the Hindu god Shiva, who is known for his immense power and the ability to foresee things because of his third eye. Along with the figure of the Shiva, the wearer has also added a lion to the tattoo as the lion is the faithful companion of Maa Durga, another powerful goddess in the Hindu pantheon.

If you are looking for a religious tattoo forearm, you can also choose to display any folk deities or gods that you may worship. As can be seen in the picture above, the tattoo artist has drawn the figure of Santa Muerte, a Mexican folk deity who is also the Saint of Death. Different cultures in the world follow a variety of religions which may or may not be very mainstream or famous. Consequently, if you belong to such a sect or tradition of religion, you can also choose to honour your beliefs in your own unique way.

A lot of people prefer to get tattoo sleeves as they offer maximum potential for visibility. In addition to that, the fully covered-up sleeve tattoos also look amazing from a distance. Tattoo sleeves are normally one continuous, large tattoo based on the same theme. Sometimes, a tattoo sleeve can also consist of several images and pictures that look great one after the other. Therefore, if you are looking for a complex and elaborate religious forearm tattoo or religious arm tattoo, you may think of getting religious tattoo sleeves. A religious forearm sleeve tattoo can be one full tattoo of the Virgin Mary or Jesus Christ or the Biblical angels or they can also be smaller tattoos joined together.

Everyone around the world in their daily lives affirms to some form of faith where they pray to God, whether it is Christianity, Islam, Hinduism or any other religion for better understanding, hope and blessings in life. If you are also someone who turns to Jesus Christ or any other deity during your dark times for hope and remedy, then you may want to get a religious tattoo as well. The religious tattoo will be a mark of your faith and devotion.

10 Best Ribbon Tattoo Ideas You Have to...

10 Best Resilience Tattoo Ideas You Have To...

10 Best Rhino Tattoo Ideas You Have To...

10 Best Raven Tattoo Ideas You Have To...

10 Best Rattlesnake Tattoo Ideas You Have To...