10 Best Realistic Black And Grey Tattoo Ideas That Will Blow Your Mind! 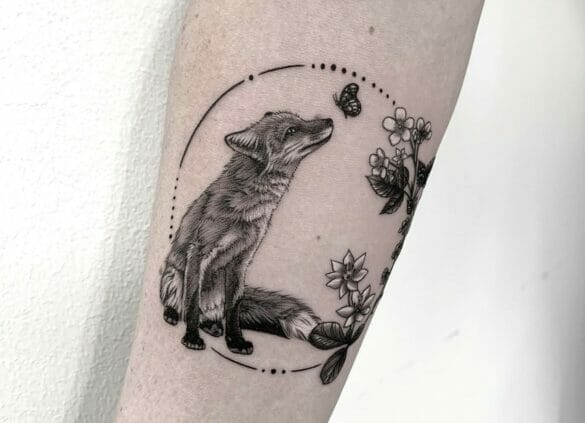 Black and grey tattoos are minimalistic and one of the dainty tattoos one can get their hands on.

Grey realism tattoos are very in fashion, and both males and females get them. Tattoo artists have often exclaimed that black and grey tattoos are one of the top choices for tattoos among individuals.

Black and grey tattoos are generally associated with rebellion and power. It is a very common choice of colors among tattoos, and it makes the wearer look fashionable yet elegant. Different meanings are abiding by this tattoo in cases of religious beliefs, attachments, and fates. It sends a very positive vibe among the people. Sometimes the tattoo placement also plays a significant part in the concept of body art. For example, if the tattoo is made on the forearm, it not only means that it is a viable place to get a tattoo, but it also connotes sophistication and feminine energy, which the wearer wants to show off.

If the tattoo placement is made by the tattoo artist on the thighs, it symbolizes sensuality and raw passion, which the wearer wants to show off to people. Black and grey tattoos are often called to be jailhouse tattoos as well. They originated in the early ’70s in prison. Before the existence of teardrop tattoos, the black and grey tattoos were prevalent in the jail and described regret and rebellion. However, it also says that the tattoos go back to 2000 BC as well in Egypt, where female mummies got these tattoos as evidence which follows a notion of therapy.

Black and grey tattooing is an age-old concept of body art that is still prevalent in modern times. Read about the evolution of realistic black and grey tattoos since the dawn of time and how it has constantly been changing with age-appropriate designs.

Black And Grey Tattoos Of Snails And Mushrooms

Snails and mushroom tattoos often abide by the meaning of peace and harmony. It means that the wearer of this tattoo wants to keep peace within themselves by inducing spirits of awareness and self-care.

This particular tattoo in question is, however, really mesmerizing and looks one of a kind. The black and grey hues made on the tattoo give it a very realistic effect. This is a fine example of a grey realism tattoo that looks phenomenal ’cause of its simplicity and poise. This does not abide by the rules of the traditional tattoo. On a scale of 10, this tattoo is a clear 8 because of its simple work and intricate design.

If you are an avid follower of Studio Ghibli, this tattoo is a perfect option for you. The tattoos here are inspired by My Neighbour Totoro and Howl’s Moving Castle. The tattoos look adorable on the wearer. This is not one of your traditional tattoos per se, but it looks gorgeous on the wearer for its simple style.

The dotwork structure that has been made on the fire (Calcifer from Howl’s Moving Castle) is commendable. It makes up for the colorlessness of the tattoo and makes it look straight out of Hayao Miyazaki films. The soot (My Neighbour Totoro) looks stunning with the black bold ink work that has been made on them. You can customize the tattoo based on your own choice of favorite Studio Ghibli characters. On a scale of 10, this tattoo is an 8.5 for the creative essence of the tattoo artist.

If you are a fan of Rumi and his works, this tattoo is going to make a permanent mark on your heart. Rumi has written a plethora of poems on love and has made his way to the hearts of the lovers of the poetry. If you are a fan of fineliner tattoos, this is a nice tattoo for you as well.

The wearer has made this tattoo inspired by Rumi’s poetry. The poetry must have made a huge impact on the wearer, which has made them get this tattoo. The tattoo talks about the longing of the heart and seeking love deep inside one’s heart. You can customize the tattoo your way and get one based on your favorite poet. On a scale of 10, this tattoo is an 8 because of the surrealism and expressive thoughts of the wearer, along with the creative essence of the tattoo artist.

If you are having a decision-making issue and a conflict is rising between your heart and brain, this tattoo is a perfect depiction of your mental state. This illustration of conflict is phenomenal and looks one of a kind.

The hues of black and grey make the tattoo look realistic and perk up the overall concept of body art. Both heart and brain are personified, which portrays a deep meaning of how the wearer struggles daily to make an informed and proper decision in life. On a scale of 10, this tattoo is a 9 because of its depiction of inner meaning and how it has made the tattoo so realistic and one of a kind.

If you are a fan of surrealistic tattoos, this tattoo is a perfect option for you! This tattoo widely talks about Greek surrealism and architecture. This tattoo depicts a famous Greek mythology fight scene which brings out the fondness of the wearer’s love for Greek culture.

The grey and black hues on the tattoo look phenomenal. The tattoo creates an essence of black and grey realism which makes it look one of a kind. The shading used in the tattoo has perked up the look of this tattoo style. On a scale of 10, this tattoo is an 8.5 for its innate realism and surreal message, which is sent by the wearer to the people.

Loved Marvel’s Moon Knight? Then this tattoo is a total grab for you! This tattoo is of the night God Khonshu of ancient Egypt, who is known to provide justice to the ones who have been damned. The head of Khonshu looks like a bird skull, mainly of a raven. The tattoo symbolizes justice and rebellion.

The black ink tattoos on the sides, which depict the leaves, are made very well and look magnificent. The grey hues used on the skull look exceptionally beautiful and make it look realistic. The tattoo is one of a kind. You can customize the tattoo your way by drawing your favorite Marvel character or your favorite Egyptian God. There are also no visible inflammations found on the surface, which portrays that the tattoo artist has been meticulous in making this particular tattoo. The tattoo should be rated an 8 out of 10 for its clean work and creativity.

Realistic Black And Grey Tattoo With A Sunflower

This tattoo is a bit different from any generic black and grey tattoo. It consists of a hint of realism and color which makes it look the best of the lot. If you are just a fan of black and grey tattoos without any color, you can omit the colorful essence of the tattoo; however, if you make your next tattoo exactly like this one, it will perk up your entire style statement.

The tattoo consists of a moon and stars, which talk about femininity and strength. The use of a grey and white palette on the upper part of the tattoo is phenomenal and one of a kind. The detailing given on the sunflower with hues of yellow and white is gorgeous and makes it look different from any other tattoo. The tattoo symbolizes virility, strength, and passion. The tattoo should be rated a 9 out of 10 for its detailed and intricate work.

Tiger Chest Tattoo With Emerald Eyes In Black And Grey

This tattoo is one of a kind and is one of the best of the lot. The tattoo covers the entire chest with black and grey tattoo designs of mandala patterns with a face of a tiger with emerald eyes. The emerald eyes add essence to the tattoo and make it look one of a kind.

The mustache of the tiger made with white ink gives it a perfect 3D effect which makes it look one of a kind. The tattoo symbolizes strength and passion, and vindication is symbolized by the emerald colors of the eyes. The tattoo looks exceptionally amazing, and on a scale of 10, it is a 9.5 for its overall look and clean work of the tattoo artist.

Even though the tattoo seems to be minimalistic and not completely healed based on the skin’s redness, the tattoo is, however, one of a kind. This praying hands tattoo consists of grey and black hues, and the intricate design of the veins and knuckles is one of a kind. The tattoo symbolizes one’s faith in God. Overall, the tattoo should be rated 7.5 out of 10 for its inflammation.

Time tattoos talk about how very little time we have left in this world and how we can make the most out of it. The tattoo is one of the best of the lot, with a raven above the clock. The raven signifies justice and intelligence. The overall tattoo symbolizes how the wearer has arrived at the end of time. The tattoo should be rated an 8 out of 10 for its creativity and beauty.

Black and grey realistic tattoo designs are one of a kind. You can draw several inspirations from these tattoos.