10 Best Patriotic Tattoo Ideas You Have To See To Believe! 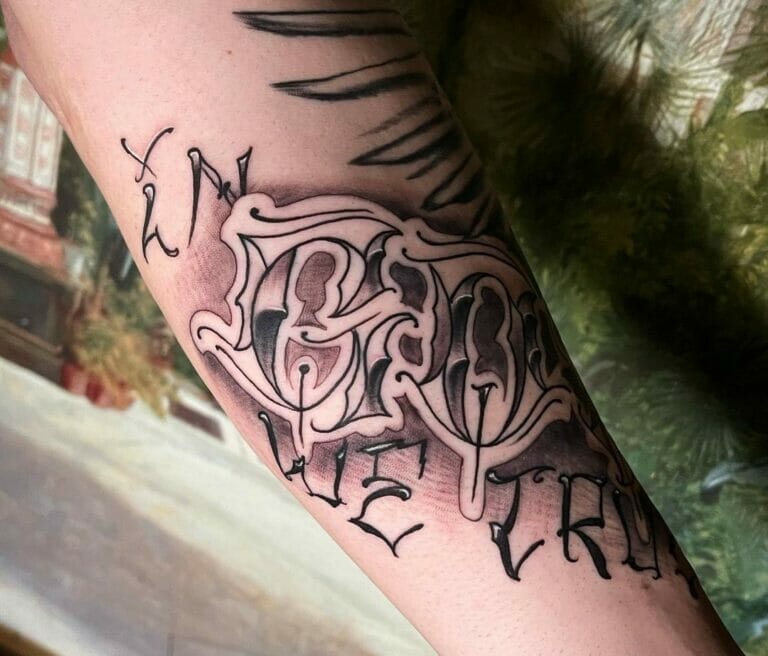 If you are a patriotic American who wants to show off your love for your country, then this list of patriotic tattoos is definitely for you.

Whenever we say American patriotic tattoos, the general notion is that we are talking about American flag tattoo ideas.

However, the American flag tattoo is not the only form of patriotic tattoo ideas available within the tattoo community. There can be tons of other tattoo designs on many other American emblems that can serve as patriotic American tattoos.

Nationalistic pride has attained a stunning summit with the grandeur of patriotic American tattoos. There are infinite layers of self-assured brilliance that can be found in these tattoo designs. A patriotic tattoo, such as American flag tattoo ideas or those based on the bald eagle, American Constitution, or the Statue of Liberty, is a great way to assert the internal values and characters of people who sport them. They encapsulate an unparalleled essence of civic duty and patriotism and is a must-have for all American patriots out there. However, the American flag tattoo, with its stars and red and blue stripes is undeniably one of the best patriotic tattoo designs available in the market. Other popular patriot tattoo ideas include those based on the bald eagle, CIA emblem, quotes from the American Preamble and Constitution, among others. This specially curated list of American patriot tattoos aims to gather the best patriotic tattoo designs available and hence a must-read for all those American patriots and nationalists out there.

The bald eagle, with its outspread wings, was placed on the Great Seal in 1782 and has served as the national bird of the U.S. since then. We can see it on the flag of the American President as well as on almost all government institutions, including the mace of the House of Representatives and the military insignia. It has found its way into all official papers and documents as well as on millions of one-dollar bills, thus making it the most pictured bird in all of America. Since its first appearance on the copper cents of Massachusetts in 1776, the members of American Congress debated furiously over whether it should be the national emblem of the U.S. After 6 years of debates and disputes, the bald eagle was ultimately elected to represent America. It has been always associated with courage, strength, immortality, and freedom, the very characteristics that the United States resonates with. Also, the bald eagle, unlike other family members of the eagle family, is indigenous only to North America, which makes it a suitable candidate for its designation. Get this powerful symbol as your next tattoo design if you identify with what it symbolises and also want to show off your patriotism.

The Patriotic ‘We The People’ Tattoo

The Preamble serves as the introduction to the American Constitution, the highest law of the land. The 52 words of the paragraph of the American Preamble begins with the 3 words “We the People” and goes on to serve as the intention and purposes of the American Constitution as framed by the Founding Fathers of America – “We the People of the United States, in order to form a more perfect Union, establish Justice, insure domestic Tranquility, provide for the common defence, promote the general Welfare, and secure the Blessings of Liberty to ourselves and our Posterity, do ordain and establish this Constitution for the United States of America.” This patriotic forearm tattoo couples the phrase with the bald eagle and the flaming torch of Lady Liberty, the other two most important emblems of the United States. Choose these patriotic tattoos if you are an American nationalist at heart and want to flaunt your love for your country to the world.

Though he never served as a President, Benjamin is one of the most important figures in American history. Not only was he one of the four Founding Fathers of America who drafted the American Constitution and the Declaration of Independence, but he was also a prominent figure in science and publishing on his own accord. He invented bifocals, a musical instrument known as armonica, the Franklin stove as well as his work served as the founding document of the first scientific society in the colonies, the American Philosophical Society. He also made forays into experiments involving mathematics, electricity, as well as in mapmaking. This patriotic arm sleeve tattoo of Franklin, with its rich use of the classic black and grey tattoo inks, extensive detailing, and delicate shading is a piece of art and a must-have for all patriots.

The Patriotic Statue Of Liberty Tattoo

The Statue of Liberty tattoo remains one of the most popular designs when it comes to American patriotic tattoos. The most iconic landmark of the city of New York, the burning torch of Lady Liberty is a well-known symbol across the entire world. Most people know that this colossal neoclassic sculpture was a gift to the United States from France in 1886 and is a symbol of friendship between the two countries. At the same time, this powerful image is a symbol of the Roman Goddess, Libertas, and the broken chain that lies at the bottom of her feet represents liberty and freedom. On taking an even closer look, we can also find the American Declaration of Independence inscribed on the tablet which many tend to miss at the first glance. It tends to carry a deep sense of meaning for people who have strong rooted beliefs in American freedom and liberty. You can choose patriotic tattoos of the Statue of Liberty if you also believe in the symbols and meaning it carries and can be a perfect tattoo for those New Yorkers who miss their hometown.

The American flag has represented the rights, freedom, might, and unity of the nation for more than 250 years now. On June 14, 1777, the Second Continental Congress passed the Flag Resolution which gave the flag 13 white and red stripes that represent the 13 colonies and 13 stars across a blue field. The number of stars representing the number of states eventually grew with President Eisenhower finally instructing the 50th star to be placed on August 21st, 1959. Francis Hopkinson designed the Betsy Ross design which is the commanding design in which the American flag has to be drawn. The red colour of the flag symbolises the valour, might, and strength of the United States, while the blue stands for justice and freedom for all Americans, and the white is the notion for purity. The tattoo artist has added the silhouette of Jesus Christ on the cross and the soldier of the U.S. armed forces to give further emphasis on the patriotic values of the country to this patriotic sleeve tattoo.

The bald eagle is the national bird of the United States and has been always associated with boldness, power, immortality, and independence, the very characteristics that the United States resonates with. The CIA emblem below stands for the Central Intelligence Agency which is an intelligence service belonging to the American federal government. Thus both are important American figurines and the bright use of tattoo inks give this patriotic half sleeve tattoo a shiny appearance. Go for this one if you want your tattoo to represent the American indomitable spirit in all its glory.

The Patriotic Tattoo For Fallen Soldiers

This beautiful American flag tattoo shows the tattered American flag in the background, while army boots, a camouflage army helmet and a gun is shown in the forefront. These types of patriotic tattoos pay homage to the U.S. Army, navy seals, and all the other soldiers who were martyred in the World War as well as those fallen in later wars. This patriotic piece is for all those nationalists who are proud of the U.S. Army and is ready to flaunt their patriotism towards the red and blue stripes. These American flag tattoo designs are some of the best patriotic tattoos to come out of the tattoo community and is perfect for all retired veterans of the army as well as other patriots.

A good section of the tattoo community considers any slight moderation of the American flag tattoo designs to be disrespectful towards the American flag and the country. The American flag represents the strength, unity, and might of the U.S. of A, a country that has waged wars for the liberation of many countries across the globe. The United States has fought and countered global terrorism, drug trade and cartels, as well as fascists all around the earth. Due to these, the country has faced a number of retaliations that have resulted in the tragic loss of lives, the most notable being the terrorist attack on 9/11. After that unfortunate turn of events, many Americans started getting the tattered flag tattoo of the American flag to show solidarity towards the victims as well hundreds of soldiers who gave up their lives for the country. Hence, this patriotic tattoo design of the tattered American flag on the chest is one of the best patriotic designs available in the tattoo market.

Most of the patriotic tattoos on this list are quite large in size and have complex designs. Owing to that, they end up taking a lot of skin space and can be very much costly too. This might prove a bit too overwhelming for those getting inked for the first time or are on a tight budget. However, we have you covered with minimal and small patriotic tattoo designs that are ideal for those first-timers getting their first piece of body art. The minimalistic New York skyline with the Twin Towers coloured in blue and red of the American flag serves as powerful imagery of the undaunting American spirit and is one of the best American flag tattoo designs that communicate everything the American people stand for.

It is customary to keep the national flag on half-mast to pay respect to victims and martyrs. The American flag has been on half-mast in a number of incidents, from 9/11 to the death of Presidents to the most recent being to honour the victims killed in terrorist attacks in Afghanistan. This particular American flag tattoo pays homage to that sentiment by showing the American flag at half-mast as hoisted by emergency servicemen such as firefighters and police officers. These American flag tattoo designs are usually drawn to show respect to the victims of 9/11 as well as to the first responders in that crisis such as doctors, paramedics, nurses, firefighters and police officers and even citizens who came together to rescue and save innumerable lives.

Judging by their popularity among common Americans, patriotic tattoos, such as the American flag tattoos, are here to stay. As always look for professional and experienced tattoo artists while getting inked to save yourself from future skin issues. Happy inking!