How to Wear an Oxford Shirt

Easily one of the best shirts for men, the humble Oxford shirt for men is a time-honoured wardrobe essential that every guy should own. The ultimate shirt for both casual and formal looks, and with such a variety of colours and fabrics, you’ll always find the best oxford shirt to suit your style. So here’s everything you’ll ever need to know about this classic.

How To Wear an Oxford Shirt

You may be asking yourself, “What is an Oxford Shirt?” – The Oxford shirt can come in an incredibly large variety of fabrics, cuts, and colours, making the possibilities seem endless when it comes to styling. If you’re buying your first or seventh, you’ll want to find the best oxford shirt, so we’re here to help!

How To Wear A Grey Oxford Shirt

We’ve created a smart but stylish look below that’ll easily see you from a casual setting to post-work drinks. Team your grey oxford shirt with light wash jeans, either slim or straight cut, then add a quality statement jacket to give the look a bit of personality. Finish off with some boots, or simple trainers for an ideal weekend ensemble.

How To Wear A White Oxford Shirt

The humble Oxford shirt is, hands down, one of the best white shirts for men. With its unrivalled versatility, it can be styled to suit both casual and formal events making it a worthy investment regardless of your style.  We recommend dressing it down with some cuffed fitted joggers, classic one colour trainers, and completing the look with a bomber jacket for the ultimate urban vibe.

How to Wear a Pink Oxford Shirt

Keep the look slick and subtle with slim fit chinos, a simple overcoat and some classic boat shoes. It’s a great look for the office or even date night, after all – what woman doesn’t like a man who wears pink?

We’ve narrowed done some of the best grey oxford shirts for men for you to have a gander at. From close to black, to just as light as white, the choice is completely up to you.

Nothing beats the classic white oxford shirt, and we believe that every man should own at least one. Check out some of our favourites below!

A pink oxford shirt is another great staple to have in your wardrobe, albeit a little more daring for the average man – when styled correctly it’ll really diversify the smart looks at your disposal. The key is in keeping the rest of your look relativly subdued, especially in terms of colour.

The choice of sleeve length can be mainly put down to personal preference, however, there are a few other things to consider like the suitability to where you plan on wearing said shirt.

With or Without a Pocket

An oxford shirt with a pocket is great if you’re after a classic, formal piece that provides both style points and functionality. The addition of a pocket will immediately add a more casual air to your outfit, but not so far that you can’t be sporting a pocketed shirt with a blazer. After all, who’s gonna know what you’re wearing underneath that suit of yours!

How an Oxford Shirt Should Fit

What Are Yarn Numbers & Ply?

What is Pinpoint Oxford?

Further Reading: A History Of The Oxford Shirt

The Oxford shirt originates from Scotland back in the 19th century. At the time, as mills began to create their own unique weaves they opted to name them after the popular universities of the day. As such; Yale, Cambridge, Harvard and of course Oxford rose to the top of the pile – with Oxford besting the rest with its staying power.

It was typically worn in formal scenarios with ties and suits, quickly becoming the unofficial uniform of those attending polo matches and, by association, Ivy League students began to adopt the style themselves. Soon enough, students began to style the shirt in their own unique way, wearing it un-tucked and pairing it with whatever took their fancy.

While there’s still some relatively traditional Oxford shirts around, they’ll typically only comes in two main styles these days; the button down collar, for casual wear, and the traditional pointed collar for formal wear. 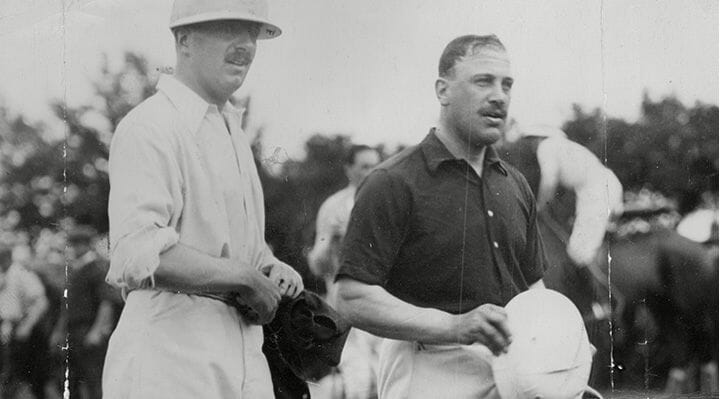 How to Wear an Oxford Shirt

As with most tailored pieces of menswear, the key to wearing an Oxford shirt is all in the fit. Ensuring the shirt fits well leaves you open to a plethora of outfit options, from smart to casual. Pair some chinos with a contemporary blazer and some leather Chelsea boots for an outfit that’ll work from day to night.

The oxford shirt is, by far, one of the best men’s shirts you can have in your wardrobe. Unrivalled in versatility, it can take you through any event or season and easily integrates with any man’s personal style.

So there you have it. The complete guide of the best oxford shirts for men. We’ve covered everything from outfit ideas to fit, fabrics, history and, best of all, style tips. You’ll never question your knowledge of oxford shirts again!