10 Best Orion Tattoo Ideas You Have To See To Believe! 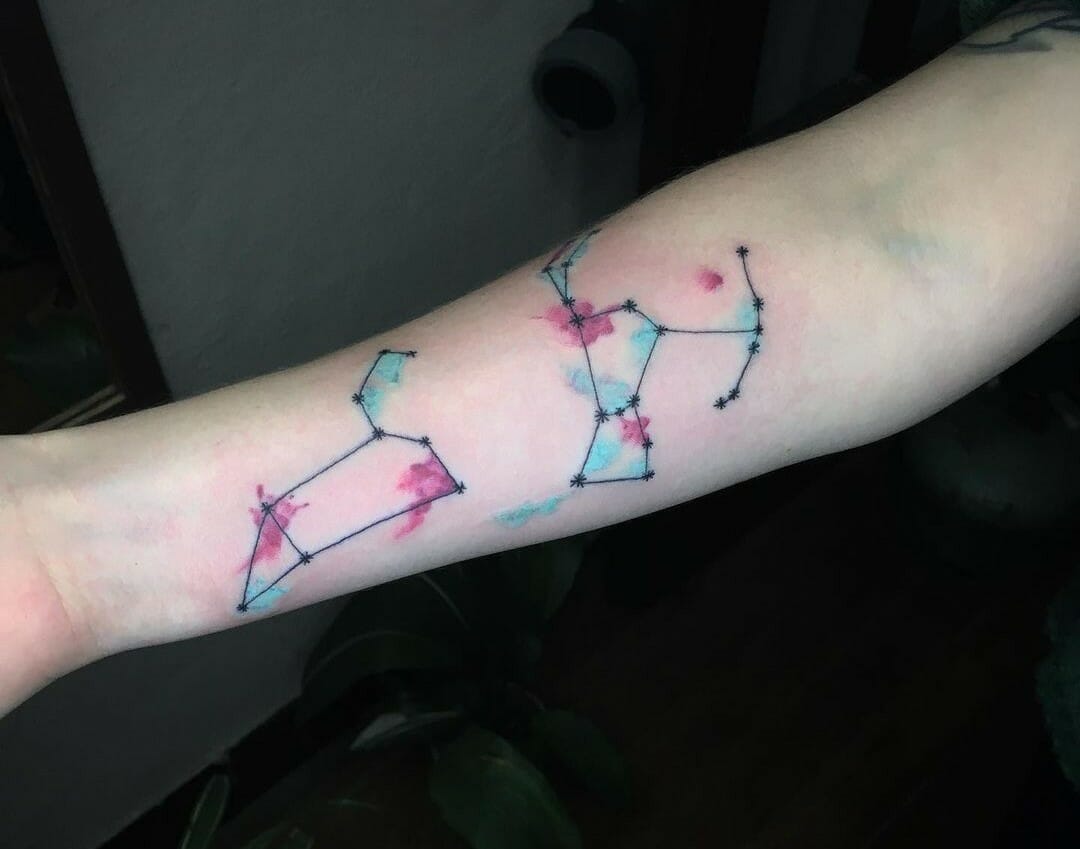 Thinking of getting an Orion tattoo? Well, you have come to the right place. Here’s a list of Orion tattoos that will blow your mind.

When it comes to tattoo designs, constellation tattoos like Orion tattoos are one of the most popular choices of tattoo piercing shops.

Orion is one of the most notable constellations named after a gigantic hunter in Greek mythology. It also has different names in different countries and different mythological stories are associated with it.

Orion constellation consists of seven major stars namely Rigel, Betelgeuse, Bellatrix, Saiph forming the body and the other three stars, Alnitak, Alnilam and Mintaka form the belt. The other stars and planets together constitute its hands and weapons. In popular Greek mythology, Orion, son of Poseidon and Euryale was killed by a giant scorpion as a punishment for his excessive pride of being mighty enough to kill any animal. After his death, Zeus placed him in heaven as one of the notable constellations. His death by the Scorpion is taken as a reason why these two constellations, Orion and Scorpio are never seen together in the sky.

Over the years Orion has become a model of art and is often seen as a cult hero symbolizing courage and valour. The reference and myths related to Orion have been included in famous literary works since ancient times. Apart from all these myths and mythological stories, small and cute designs and sometimes massive tattoos of Orion have managed to draw the towering attraction of the tattoo lovers towards them and has always been a sensation among other constellation tattoos since the very beginning.

The first one to top the list has to be a cool and massive Orion constellation on the side of rib cage. This cool body covers the entire space without actually covering anything. Orion constellation itself is synonymous with minimalism in the tattoo industry. All the seven main stars including Meissa, the head and other stars shaping the sword, shield and club are drawn carefully with countless tiny dots that link all those major and other stars to form the signature structure of the constellation. Simplicity is the main key to this tattoo. Keen observers will definitely understand the reason for the smaller appearance of Alnilam in this tattoo.

The Orion And The Wave Tattoo

If you are not happy with just the Orion constellation and want to add something, you can add waves in your tattoo design to complete the look of a perfect night sky. Such designs look good on forearms. The waves here subtly highlight the very simple and basic structure of the seven stars of Orion, so that the constellation does not lose its prominence while becoming too plain sight to notice. Search for an artist who will pull up the whole tattoo perfectly.

The first thing to notice in this tattoo is that the iconic three-star Orion belt is missing. People who are particularly astronomy geeks may not opt for it; but if you like the structure of Orion outlined with dots as it is in this tattoo, you can definitely go for it. The semi-sun design on the left and the comparatively bigger stars visually boost up the image of the Orion tattoo in a way that you may honestly forget the unlike pattern of the belt.

When it comes to the very basic Orion tattoo designs, a cool geometric border around them makes the tattoo more visible. Look how the lines are drawn within the Orion constellation that links all these seven stars together where none of them is similar. Though it is not advisable to get a tattoo on moles, one can get that around that unwanted mole to keep it hidden.

If you are a woman and if you are confident enough to show off your skin, a tattoo on your chest can be a good choice. Men too can ink this one on their bodies. Constellation tattoos associate with leaves and flowers is an interesting choice. This tattoo is a symbol of love and healing with the lavender around it. A small, cute yet sassy representation to catch eyes.

Rigel is the brightest star among all the seven stars of the Orion constellation. It is located at the right side of the bottom of the constellation as the hunter’s right leg. This supergiant in black ink in this tattoo is shown drawing all the attention towards itself whereas the smaller stars are denoted by a secret mole tattoo pattern. Other stars are drawn simply to elevate the massive Rigel star. An outline is given to complete the hunter’s look.

The Classic Orion Constellation Tattoo Idea For The Budding Astronomer

This one is a classic Orion tattoo for the ones who love stargazing and want to get one constellation tattoo on their forearms. Their objective is clear; simple and definite; without any drama. It does have any other figures or designs but a clear idea of the constellation with all the major seven stars in their right positions.

Not everybody crowds over a tattoo shop to get a whole constellation drawn on their bodies. Few people just want Orion’s belt tattoo meaning bravery on their skin. This small tattoo reminds me of a sky in Egypt with a pyramid beneath the spectacular Orion. The black ink enhances the aesthetic value of this minimal design.

A detailed portrayal of the hunter from Greek mythology on the body is enough to express your mighty personality as well as to cover your existing mole, birthmark and freckles. Even the freckles blend with the black ink. The precise representation of the hunter, the weapons, the costume and the hard-to-ignore background together form a pictorial story and the skill of the tattoo artist. The lines, the dots, the stars, especially on the belt and the glittering eyes of Orion enhance the wholesome look. The Scorpio figure stands in contrary since Orion succumbed to death by a scorpion.

Here are some more suggestions for you. Happy inking!