101 Best Norse Tattoo Ideas You Have To See To Believe! 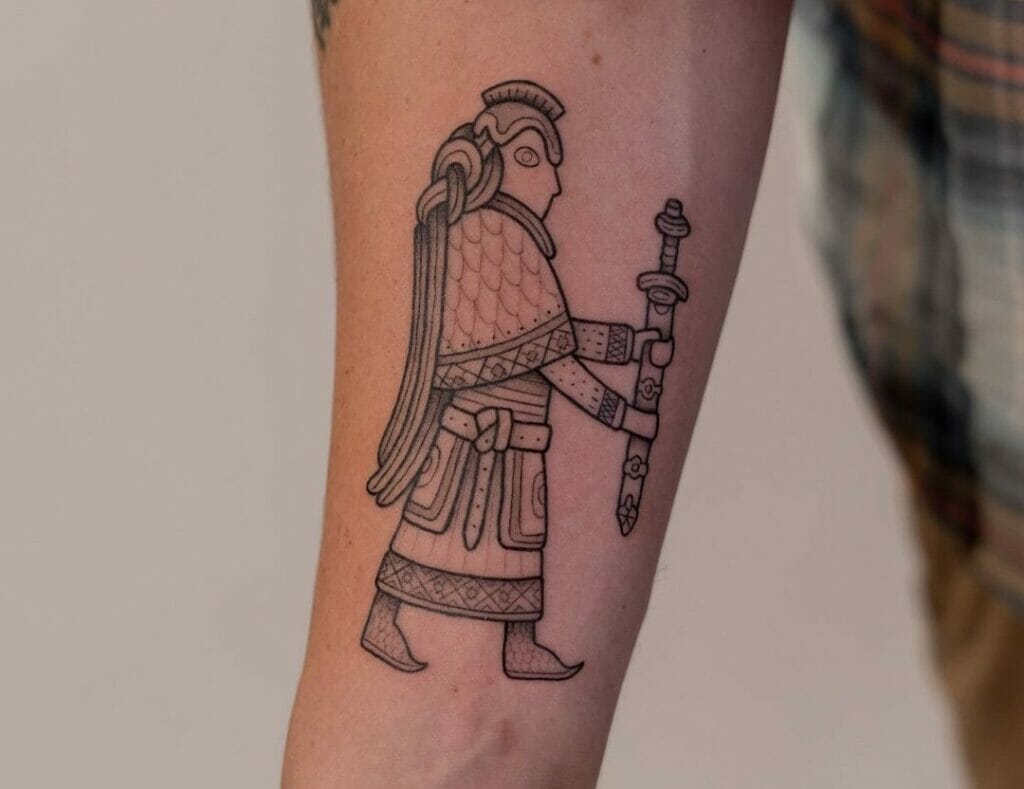 Are you a huge fan of Norse mythology and Viking stories? Then here are some amazing Norse tattoos for you to check out!

Norse mythology is a set of myths that originated from the tradition of Norse paganism.

Norse mythology originally started among the North Germanic people who lived in Scandinavia during the Viking age. The Norse mythology continued to hold a significant impact over the people of Scandinavia even after Christianity spread to the region.

A lot of people worry if getting a tattoo with Norse symbols will be disrespectful. However, that is not entirely true. Each and every Norse symbol has a deeper, profound meaning regarding the Norse culture and way of life. Therefore, it is not disrespectful to get a Norse tattoo even if you are not from the region or are not a descendant of the Old Age Vikings from Scandinavia. As long as you know the context of these symbols and are not using them in an inappropriate fashion which can become offensive, you can easily get a Norse tattoo.

According to Norse heritage and Norse mythology, the Vegvisir is a magical plank that helped people navigate through difficult routes particularly in bad weather. Therefore, many Viking warriors worshipped the Vegvisir before they went up on a Viking ship. Therefore, if you want to check out some modern Viking tattoo designs, you can see some wonderful Vegvisir tattoos from the Viking age.

If you are looking for some more inspiration regarding a tattoo with a Viking symbol, you should see these awesome Vegvisir tattoo designs.

Elaborate Norse Mask Tattoos For Your Back

Most Viking tattoo designs are quite complex and elaborate. As a result, they are perfect for putting on your back or on your chest as they require a lot of space to finish.

In the picture above, the wearer has gotten a stunning tattoo of Odin’s mask as a part of their Viking tattoo design. Odin was a fearsome and beloved God who was known for his wisdom. All the Vikings in the Scandinavian countries worshipped Odin for his blessings. In addition to that, the tattoo artist has also done a fascinating job of detailing the powerful symbol of Odin.

The Vikings used letters known as runes. According to the ancient designs, Vikings had twenty-four runes which they then divided into three groups with eight rune staves in each. These rune stones were important to learn more about the people.

In the picture above, the wearer has also added the three interlocking triangles which are often referred to as Celtic knots. Thus, the wearer decided to further modify the traditional Viking tattoos with their own interpretation of history.

Not many people can figure out what kind of tattoos to get on their legs. However, your legs also provide a large space to perfectly create a tattoo design that is quite detailed. Thus, if you have come across some beautiful Viking tattoo ideas but don’t know where to place them, you can consult with your tattoo artist to see if they would suit on your thighs, calves or ankles.

Anybody who knows about Norse history will know that Odin’s son Thor is the God of Thunder. The same character was also adapted in the Marvel Cinematic Universe movies where Thor was played by actor Chris Hemsworth. In the movies as well as in the stories, Thor’s hammer named Mjolnir is legendary for its immense powers. Consequently, if you want a Norse tattoo but want to make it more fun and quirky, you can get a small and funny Mjolnir tattoo.

Tiny Bindrunes Tattoos For Your Fingers

If you are looking for Viking symbol tattoo designs or Nordic tattoos which can be quite small as well, you should get a Norse runes tattoo. Rune tattoos can also easily fit on your fingers, wrist or on top of your hand as they are very easy to adjust.

Odin was the king of all gods in Norse mythology and was associated with wisdom, royalty, knowledge, healing, and victory in battles. Even though his sons Thor and Loki are more famous in popular culture due to the Marvel movies and TV shows, Odin is still worshipped by many people who still follow the Norse pagan tradition. If you want a tattoo of the god Odin, you can definitely draw some inspiration from the picture above.

Realistic Norse Tattoos Based On The TV Show ‘Vikings’

‘Vikings’ was a drama series that started in 2013 and ran for five seasons. It is about Ragnar Lothbrok who was a famous Norse hero and his rise to power. If you are a great fan of the show, you can also get a tattoo of the protagonists from the series. For example, in the picture above, the wearer has gotten a tattoo of the character Lagertha who was played by actress Katheryn Winnick.

Odin’s ravens were important companions of the Norse god as they acted as his eyes and ears. These ravens would bring all necessary information across the nine worlds to Odin and were also known to have symbolised war. Consequently, if you are looking for a Norse tattoo that is not as common, you can choose a raven tattoo. Other important Norse tattoos include the Norse Jormungandr tattoo, Yggdrasil tattoos or the Norse Tree of Life tattoo, Norse wolf tattoo, Norse compass tattoo or even the Norse tribal tattoo.

If you are a descendent of the Vikings of the ancient times or are simply interested in Norse culture, you should go ahead and get a fantastic Norse tattoo that you like.

What is the meaning of a Norse tattoo?

A Norse tattoo is a tattoo that symbolizes the culture, heritage, and beliefs of the Norse people. This type of tattoo can be anything from a simple design to an intricate and detailed work of art.

What are some popular Norse tattoo designs?

Some popular Norse tattoo designs include the symbol of the hammer of Thor, the head of a Viking warrior, and the image of a dragon.

What are some common Norse tattoo myths?

There are many myths and legends associated with Norse tattoos. Some people believe that these tattoos have magical powers and can protect the wearer from harm. Others believe that they can bring good luck or fortune.

Yes, Norse tattoos are still popular today. Many people choose to get a Norse tattoo because they are interested in the culture and heritage of the Norse people.