10 Best Neo Traditional Tattoo Ideas You Have To See To Believe! 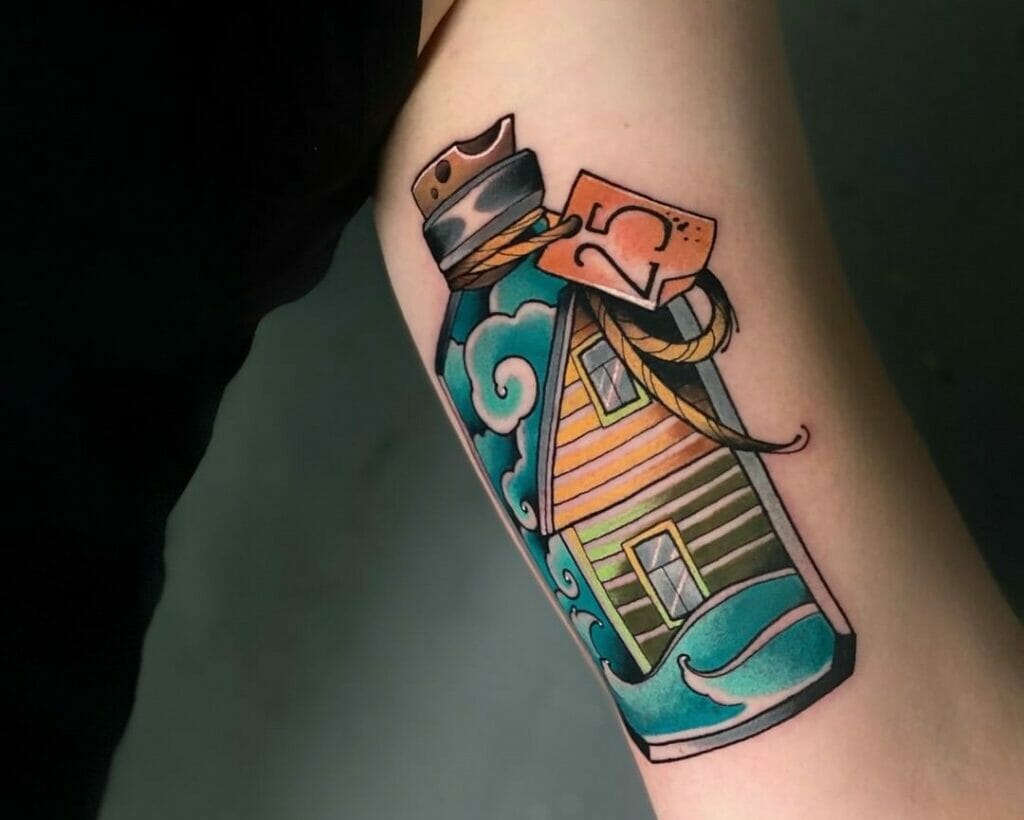 If you’re looking for a great neo-traditional tattoo, then you’re at the right place. Keep on reading to find your favourite one to ink.

Pet tattoos are one of the most popular tattoo designs. People ink pet tattoos to express their love for their pets or in honour of the family member they lost. Neo-traditional tattoos give you more freedom to design your tattoo in a slightly modern style, like the picture above. It is a tattoo art of an animated cat with a gun in its hand, and the slight shading work in its fur is making the element come to life. Any neo-traditional dog tattoo looks just as good as the tattoo above. However, don’t tell the tattoo artists to animate your pet tattoo too much, as it will turn into a new school tattoo.

The picture above is of a colourful morphed snake tattoo art done in a neo-traditional manner. It’s pretty evident that the bold borders are making a statement of their own while the slight shading work is enhancing the beauty of the creature. You can choose any other animal that has symbolism that you feel related to for your own tattoo. For example, you can get a neo-traditional bat tattoo to express ambition, vision, facing your demon, and more.

Neo-Traditional Tattoos Of Moth And Butterfly

Moths and butterflies are probably the most colourful animals in this world. Hence, if you want to show off the shading and colouring work of your neo-traditional tattoos, then they could really be the perfect choice for you. Additionally, you get the freedom to choose any design to draw on their wings, and they will look gorgeous, as evident from the picture above. It’s a large back tattoo of a stunning moth design with aesthetic colours and bold outlines. You can change and alter the design to your heart’s content for your next neo-traditional butterfly tattoo.

It’s hard to beat a portrait tattoo done in a realistic style, isn’t it? However, let’s take a peek at how remarkable a portrait tattoo can look in a neo-traditional style in the picture above. Even with the bold outlines, the face of the girl seems to be coming alive in the tattoo. The shading is done perfectly in the exact right places, and the amount is the actual highlight of the tattoo. Even the orange flowers on her head are glowing.

Primarily, people who love the history of the world, religious stories surrounding it and folklore, get historical tattoos. These tattoos that are steeped in history can be pretty intriguing as you can choose to portray a historical event or person in any manner you want. Like the picture above is of Vlad The Impaler, or otherwise known as Dracula. The tattoo is done in a scary manner with smoky, ghostly eyes and tongue. The shine on the helmet of the man is done impeccably well.

We get our daily dose of the fictional world from stories, like Harry Potter or Alice in Wonderland, to movies and shows, like Doctor Who or Star Wars and video games, like Super Mario or Assassin’s Creed. They all have given us numerous characters that we have fallen in love with over the years and chosen to get new ink on our bodies, and we dare say that we are proud of these tattoos. Like, the picture above is of a cool neo-traditional tattoo sleeve of a Nintendo GameBoy world. Tattoo artists do most animated tattoos mainly in new school techniques, but if there’s a slight realistic touch, then you’ve got yourself a fictional subject matter in a neo-traditional tattoo.

Now you can go to the tattoo shop, discuss with the tattoo artists to give them a sense of what kind of neo-traditional tattoo you want and ink them. However, before that, here are a few more suggestions – full-body art neo-traditional tattoo of nature, your favourite painting made by some famous artists, or maybe something related to your passion.