101 Best Neo Tattoo Ideas That Will Blow Your Mind! 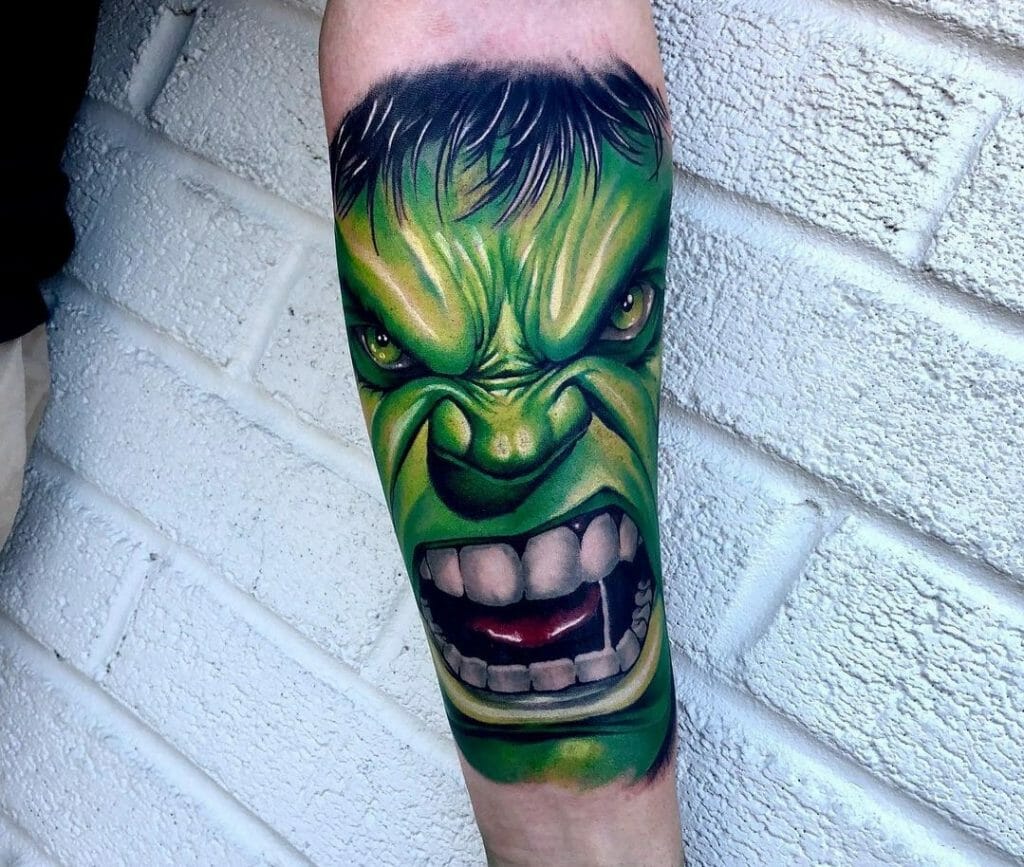 The Neo or Neo-trad art style is really cool and if you also want to look at some amazing tattoos in this style then here are some neo tattoo ideas for you.

People love the vibrant colours and the boldness of these tattoos. They can be viewed as a modern take on the traditional tattoos.

Wolf tattoos are always very famous because of all the noble traits wolves are associated with. Wolves symbolise loyalty, honour, family, freedom and wildness. And they also just look super cool. Combined with the neo traditional style, they look amazing. This tattoo features a mostly black colour palette with some orange and yellow thrown in the mix. It gives the tattoo a very traditional yet trendy look. It also features a skull above the wolf head but you can also choose to get just a neo traditional wolf tattoo and it would look amazing.

Anime tattoos have recently become very famous after anime became one of the main consumed type of content amongst the current youth. So if you are also an anime fan, then we have the perfect tattoo for you. This amazing anime tattoo features very bold lines and a lot of saturated colours. It also has an amazing amount of details packed into one piece. The details bring out the beauty of the tattoo even more. But if you want a smaller tattoo, then you can ask your artist to design a neo traditional anime tattoo to your liking with your favourite characters. As the anime art style also features a lot of details and colours, these two are a perfect match for each other.

Animal tattoos look really amazing in the neo traditional art style as it gives the figures more depth and dimension. This tattoo features a fox with a mask which gives it a very mystical look. This tattoo would look amazing on your arm or thigh. You can also go for your favourite animal or get a tattoo of your beloved pet in the same style. If you want it to have a more classic look then you can also choose to get a traditional old school tattoo. But if you are looking for a neo traditional tattoo, then this idea is perfect for you.

Tattoo sleeves are a hit amongst tattoo enthusiasts. They are one of the more larger designs done on the body so it is better to get a tattoo sleeve if you have experience in getting tattooed. But if you are experienced and want to get one done in the neo traditional style, then this tattoo idea is perfect for you. This one has a lot of black and features two wolves on the two halves of the arm. But you can always ask your artist to customise your tattoo just as you would like. You can also change the colour palette and add many details and elements to the tattoo as you want. But it is a big tattoo and it will take time to heal so be careful while getting your tattoo sleeve done.

Rose tattoos have always been one of the most popular tattoo subjects in any style. And rose is one of the most commonly found subjects in traditional tattoos. So it is no wonder that while looking for neo traditional tattoos, we will also find some amazing rose tattoos. This tattoo features not only roses but also a lot more details like a bottle, a fish and some fruit. These all look amazing and the colours also look contrasting and stunning. But if you want a more simplistic rose tattoo, you can go for that as well.

Neo traditional portraits always look amazing. Most of them have some magical or mystical element to them that gives them a mythical and otherworldly look. This portrait of a woman also features flowers, mushrooms, and crystals. You can also combine other items of your choice in your tattoo and it will look amazing. The best part is that you can ask your tattoo artist to design a tattoo based on your loved one and add some mystical details to make a tattoo that is both beautiful and also will remind the person how much they mean to you. This is one of the best ideas if you want to get a semi-realistic and yet fun portrait of someone on your body.

Traditional Japanese tattoos are very famous. Not only for their style but also their many symbols and subjects. The Oni mask is also one of these popular subjects in traditional Japanese tattooing. But this tattoo takes a more new school take on the traditional figure of the Oni mask. The result is stunning as you can see. The dark and saturated colours give the tattoo a mythical look. It looks almost realistic. And with the patterns and details combine, it looks really phenomenal.

Birds, especially eagles and hawks are one of the most famous subjects in the traditional school of tattooing. The neo traditional tattoos are no different. You can get a tattoo of any bird you want in this style. It can be more classical bird figures like this tattoo of a hawk. You can also go for other birds that have more colourful feathers as they will make for really stunning tattoos. You can choose to add details like flowers and leaves to the tattoo.

People love getting tattoos of skulls in every tattoo style. They are one of the darker yet very fun subject that is cool and scary at the same time. Neo traditional tattoos also offer a large variety of skull tattoos from which you can choose. In this one a human skull is featured along with flowers and leaves. But you can also go for an animal skull if that is more to your liking. Just make sure to find a skilled artist that will bring your beautiful idea to life.

If you did not find your perfect neo traditional tattoo idea in this article, then do not fear. We have some more amazing ideas that you can look into for inspiration.

What is a neo tattoo?

A neo tattoo is a type of body art popularized in the late 20th century. Neo tattoos feature large, abstract designs that can be varied and complex. They are often created with bright colors and intricate details such as geometric shapes, lines, swirls, and curves. Neo tattoos often speak to a particular style or trend in tattooing, with some designs being more culture-specific than others. Neo tattoos are a great way to express your individual style and give yourself a unique look. They can be placed anywhere on the body, from small accents to large back pieces. No matter the size or placement, neo tattoos create striking visuals that will show off your personality and stand out from the crowd.

How long does a neo tattoo last?

The longevity of a neo tattoo depends on the individual and how well they take care of it. In general, properly cared for neo tattoos should last 10-15 years before needing touch-ups or reworking. To ensure your neo tattoo lasts for as long as possible, keep it clean and moisturized. Avoid excessive scrubbing or scrubbing too hard, as this can fade or damage the tattoo. Sun exposure should also be avoided to help prevent fading and ensure your tattoo looks vibrant for years to come. With proper care and maintenance, you can expect your neo tattoo to last for many years.

How much does a neo tattoo cost?

The cost of a neo tattoo will depend on the size, complexity, and placement. Generally speaking, smaller tattoos with fewer details tend to be cheaper than larger pieces with more intricate designs. On average, neo tattoos can range from $50-$500 depending on the factors mentioned above. To get a better idea of price, it’s best to consult with a tattoo artist and discuss the details of your desired design. The cost will also be affected by the experience level of the artist, as well as their reputation. Ultimately, it’s important to do your research and shop around before deciding on a neo tattoo.

How do I take care of my neo tattoo?

To ensure your neo tattoo remains vibrant and lasts for many years, it’s important to take proper care of it. Immediately after getting a neo tattoo, make sure to keep the area clean and apply a thin layer of moisturizing cream or ointment. Avoid soaking the area in water or scrubbing too hard as this can cause the tattoo to fade or become damaged. It’s also important to keep your neo tattoo out of direct sunlight as much as possible, as UV rays can cause it to fade over time. Taking good care of your neo tattoo will ensure that it remains vibrant and beautiful for many years to come.

What are some neo tattoo designs?

Neo tattoos come in a variety of styles and designs. Popular neo tattoo designs include intricate mandalas, geometric shapes, tribal patterns, and abstract symbols. Some neo tattoos also feature words or phrases written in various fonts. These designs are often used to express personal beliefs or sentiments, or simply as a way to make a statement. Ultimately, the design of your neo tattoo is up to you and should reflect your individual style and personality. For ideas, it’s best to consult with a professional tattoo artist who can help create the perfect design for you.