10 Best Micronesian Tattoo Ideas That Will Blow Your Mind! 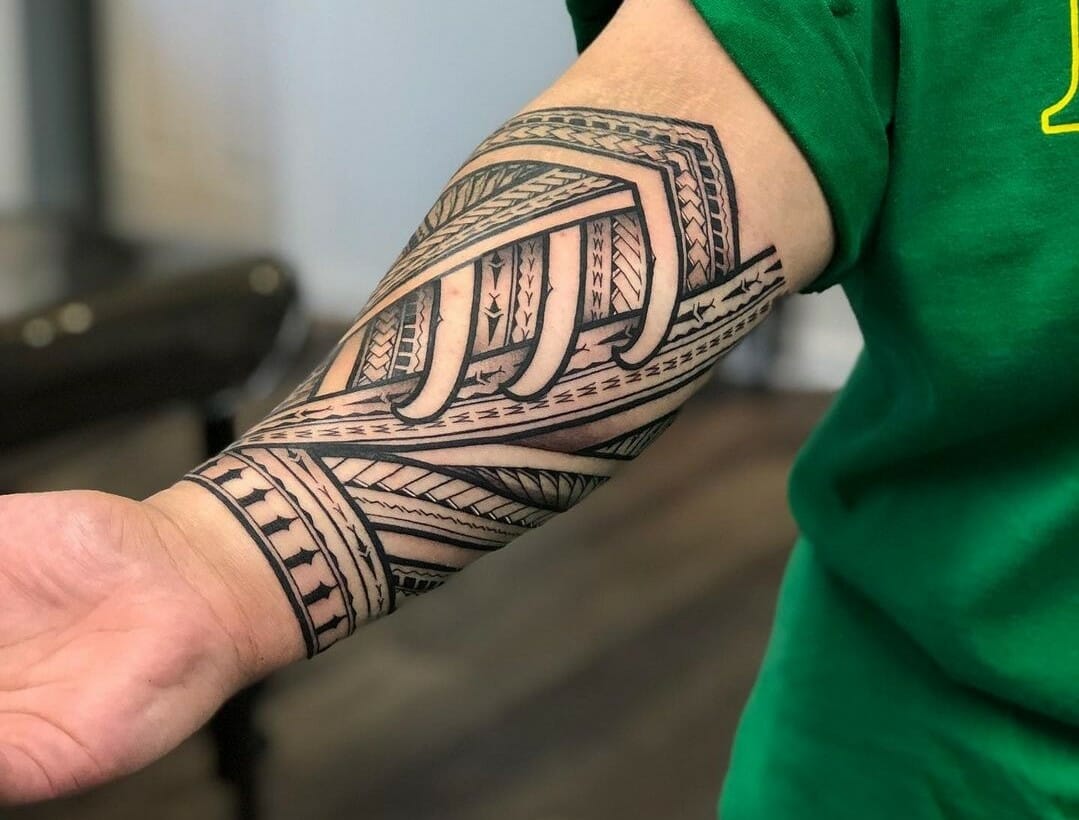 Micronesia is a group of islands in the west Pacific ocean.

The islands of Micronesia is full of Austronesian people. Hence, the tribal tattoos are quite popular and common within the culture in Micronesia and they have become a part of tattoo history.

Hence, if you are someone who is into tattoos and love the tribal touch present in tattoos, then Micronesian tattoos can be a great find for you. Since, they are closer to Polynesia, there is a Polynesian touch to these tattoos and you can also get this Polynesian influence on your tattoos too. There can be sleeve tattoos as well as a body art tattoo that falls under the umbrella topic Micronesian tattoos. Generally, tribal tattoos cover a lot of the skin area and can be a great one to boast if you are looking such a tattoo with intricate designs. The beauty of the tattoo does not only like in the artwork and is hidden in the nature of the tattoo – that is, the cultural aspect of Micronesian tribal tattoo designs. The tattoo culture is also seen in many other parts of the islands like Marshall Islands, and outer islands like Palau, Yap and more. Many other islands also took part in this art of tattooing. Each island can have different practices on how to tattoo. Different tools were used to tattoo on the bodies for tattooing.

Here are some of the Micronesian tattoo ideas that you would love to get on your skin.

This is a great Micronesian tattoo idea where the Micronesian tattoo symbols are focused and placed on the back. Typically, the use of thick and thin lines in a specific pattern can give an alluring effect. Here, the use of the skin as the blank space is quite strategic. Since the back is a large canvass to work on, this tattoo is definitely a great one to go for if you want to gift yourself with the Micronesian culture lore.

Shoulders are also a great place to put a patterned tattoo. The wearer can boast of this tattoo, especially if the wearer has great broad shoulders. You can also add other elements along with this artwork – some of them might be animals, birds or even sharks. Many people who are a fan of Micronesian tattoos also add dolphins to give it a unique look.

This is a one of the patriotic Micronesian tattoo designs that you could go for. In this design, you can opt for a tribal tattoo with a flag symbol that can bring your patriotic side out in the open. While you can keep the patriotic insignia in the centre, there can be sketches of designs surrounding the insignia to make it pop out. The tribal deisng can bring a new dimension to your tattoo game.

In Micronesian cultures, a dolphin was seen as a protector against sharks. When dolphins were present, sharks did not appear. Hence, the dophin tattii is special espcially for swimmers going to the sea. Here is a great Micronesian dolphin tattoo couples with exotic patterns which make the tattoo pop out and also give it a great cultural significance as well.

A great place for a tattoo is the leg. The leg has an extended area where you can place a stretched-out tattoo that originates from the thighs andcan go till the foot. The leg sleeve tattoo here is great with thick strokes and can add a layer of complexity in the design element of it. Since leg tattoos offer ample creative space to work with, your tattoo article can be more intricatre and can even place images of gods, a fish or a bird to connect the tattoo with Micronesian legends.

Blackwork is a great way to create amazing tattoos and any person would love it on their body. Men and women could easily place the tattoo on their sleeve and this would really pop out. While there could be pain when the needle hits the skin. However, on the whole, if you go for thick strokes and thick layers of tribal tattoo designs, then this can be a great tattoo idea to go for.

If you are looking for a really intricate tattoo, then the full sleeve can be a great way to go. The entire extension of the arm provides a lot of blank space to work with. Intricate tattoos with several designs and patterns can work well on the arm and hence, this can be a great place to bring up the best of the Micronesian culture into the open. If you research in this world and would like a great tattoo based on this culture, this is the best way to go about.

Beautiful Micronesian Back Of The Hand Tattoo

You can have a brilliant tattoo on the back of your hand as well. This is generally quite detailed and appears from the wrist to make it look even more appealing. The back of the hand tattoo can bring your tattoo game up as you can have intricate patterns running across your palm and this gives a new look to your tattoo altogether. If you are experimental, then you can opt for thin and thick strokes to give a wavy touch to your tattoo game. Other, you can use a uniform look for these tattoos.

Since the back has ample space for the tattoo artist to work on, a spread out tattoo can appear beautifully. With the use of thick brush-like strokes, you can create the texture pop out. If you are into body art, then the use of thick gradients of tattoo can be really appealing. You can add a level of intricacy to these tattoos to give it a personal touch.

For both men and women, different types of Micronesian tattoos can have a different appeal. A lot of it depends on the clothing of choice and your cultural appreciation of Micronesian islands and their population. Some of the other kinds of tattoo ideas that you can use are: