10 Best Mexican Tattoo Ideas You Have To See To Believe! 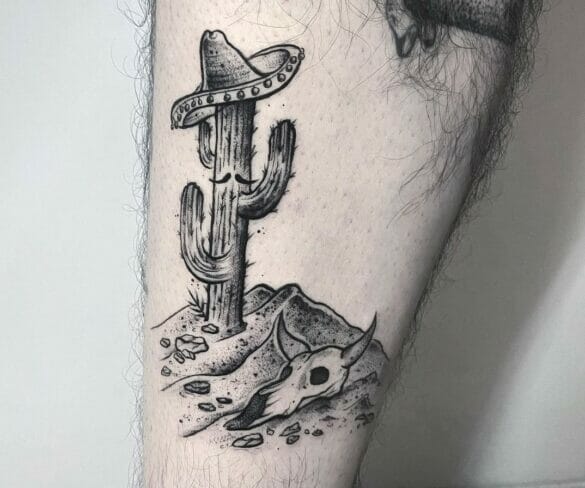 Do you want to get a tattoo inspired by Mexican culture? Then here are the 10 best Mexican tattoos and their meaning for you to explore.

In ancient times, tattoos were used in Mexico to identify criminals by inking their past misdemeanour on their faces or neck.

Tattooing in Mexico has a different history, wherein tattoos were inked in the criminal’s stirrup into the neck or face of the criminal. This was done to mark the criminal as a threat to society, so the society can know about their past history of offences.

The culture of Mexico is very rich and diverse in tattooing, especially in mafia tattoos. Tattoos combined with religious symbols and different symbols of Mexico are very prevalent and popular in the country.

Sugar skull tattoos, featuring a woman, are popular designs for Mexican tattoos. The theme in such tattoos is ‘a day of the dead’ as sugar skulls are used to celebrate the cycle of life and death in Mexico.

Mexican tattoos are often influenced by religion and the Virgin Mary is a common subject of inspiration.

Most native Mexican culture tattoos include sun and sun god. The largest genre of Mexican tattoos is pride tattoos. The religious Mexican tattoo mainly focuses on the religious figures of the Roman Catholic Church. Chicano style is another common Mexican tattoo design. Women, skulls, flowers, and religious figures are the common themes for such tattoos. The Aztec tattoos seen in Mexican culture are a way to choose and honor one God. The symbolism in these types of tattoos is very powerful. A lot of tattoos revolve around pride and history. The meaning of the Mexican tattoo depends on the Images and variation on what is being tattooed.

Now that we know of Mexican culture and history, let’s check out some tattoo ideas that reflect on the Mexican people and their country. You might find the tattoo that you want to ink on your arms among these designs. Without further ado, let’s see the 10 best Mexican tattoo ideas for your next Mexican tattoo.

These Mexican tattoo ideas are a representation of Mexican society and Mexican culture. This tattoo features the leader of the Mexican revolution, Emilio Zapata. With sharp facial features inked in fine black lines, this tattoo shows a detailed, realistic portrait of Zapata. The stylish moustache and the attire give it a complete look. He was an iconic figure in Mexican history and is a common tattoo inspiration for Mexican people. This tattoo is placed on the leg but is also suitable for the arms and shoulders. Since the tattoo is of medium size, it doesn’t need a large canvas.

Who doesn’t love having a unique tattoo? This Mexican tattoo is not just different because of its color but also because of what it represents. It looks almost as if a piece of cloth has been glued to the arms. The black background with red flowers are in the shape of Mexico’s map. Such Mexican tattoo designs are beautiful and stand as a symbol to the celebration of the rich history of embroidery culture in Mexico. The artwork is mixed with radiant colors like red and pink which stand out from the skin. This mix of color and embroidery makes the tattooed arm so beautiful. If you want embroidery work on your arms with a Mexican tattoo design, this Mexico tattoo is what you need. Because of the floral design, this is a common design choice among women.

Here is another tattoo if you found the embroidery culture of Mexico interesting. This Mexican Heritage tattoo is also done in radiant colors like blue, red, green, yellow, and pink. The imagery is that of a bird flying. The feathers of the bird are done through different colours. These are beautiful tattoos for women. The imagery and pattern is bright and delightful to look at. These designs are often preferred by women for the elegant, lively design.

Tattoos with thread stitching and patches are quite common in Mexican culture. Mexican pride tattoos that reflect their rich history and pride are worn by many Mexican people in personal styles. The bird in the tattoo is a hummingbird, a symbol of freedom. Placed on the forearm, this tattoo has a calming effect. The If you want to mix a little embroidery in your tattoo, this radiant tattoo is a great idea and is among some of the best Mexican tattoos out there.

Chicano art is part of Mexican culture and among some of the popular Mexican tattoos. Inked in this tattoo is a realistic image of a beautiful woman. The woman is holding a black rose in her hand and the rest of the tattoo is in grey colour. This Chicano-style inspired tattoo could be the next Mexican tattoo for you. This tattoo is quite appealing and a bold design of tattoos for women.

A black panther can stand as a symbol for many things. Courage, beauty, grace, protection, death, ability to know the dark are some of the meanings of a Mexican black panther tattoo. The dark color of the animal stands as a reminder of death. The panther’s golden eyes are fierce and match the leaves in the background. The panther’s exposed, sharp teeth show the viciousness and strength of the animal. If you want your Mexican tattoo design to have a powerful symbol and display ferocity, this type of tattoo is apt for that.

This cute little tattoo will steal your heart. The rabbit wrapped around by a wolf is a treat to the eyes. If you love animal tattoos, this Mexican tattoo will be your next personal favorite. The fox has many symbolic connotations for the Mexican people. Sometimes they are perceived to be cunning, and other times revered as gods. The ink style and colours used in the tattoo make it look quite realistic. It makes for a lovely forearm tattoo.

If you are a fan of cartoons, then you might be familiar with the show “Spongebob Squarepants”. The famous cartoon character, Squidward from the SpongeBob cartoon is shown as wearing a Mexican hat. His face and hat are drawn in circular black lines. This Mexican tattoo art also has a red lightning flashed on the face of the character. The face has a dry expression, indicating that he’s not so impressed with the world around. If you want a tattoo for the sarcastic, savage side of you, then you can explore this tattoo!

Oh well, how can we talk about Mexican tattoos without mentioning Aztecs? This Aztec tattoo is done in a sugar skulls style. The image in this tattoo is of the xochipilli. Xochipilli tattoos are religious symbols of Mexicans and makes for a beautiful Mexican tribal tattoo. Xochipilli is the god of love, art, music, and flowers among Aztecs. He is depicted here in grey ink, with aqua blue designs in his crown, surrounded by flowing, golden mushrooms. Such Aztec tattoos are bound to look stunning placed anywhere on the body. If you want to mix Mexican culture and history through religion, these types of Aztec tattoos are worth going through. This would make a suitable tattoo for your legs or arms.

Another Chicano art idea for your next Mexico tattoo design. The tattoo includes two masked faces showing only an open mouth and eyes looking upwards. The ink style of the tattoo is black shading and white ink used for the eyes and smoke. Covering the entire arm from wrist to shoulder, this is one of the unique Mexican tattoo designs. The tattoo that represents the day of the dead signifies Mexican pride. This Mexican sleeve tattoo creates a haunting look and is bound to grab attention wherever you go!

This Aztec tattoo has the Coatlicue goddess as the main image in the center. This goddess is the symbol of earth as both creator and destroyer. She is one of the most feared goddesses in Aztecs in this colorful tattoo, the goddess is scary to look at but there are also other images around the main tattoo that create a dazzling, yet fearful look. This tattoo includes a sugar skull tattoo and a snake surrounding the tattooed goddess. The sugar skulls are seen around the neck of the woman and on top of the head. The snake is seen wrapped in braided hair. There are four snakes in the tattoo. The goddess is holding a heart in her hand. The reference to la Catrina Skeleton combined with the Mexican skull tattoo design creates a powerful design. This colorful tattoo is wildly popular among Aztec tattoos.

If you are looking for more references for Mexico tattoos, you may check: