10 Best Lucifer Tattoo Ideas You Have To See To Believe! 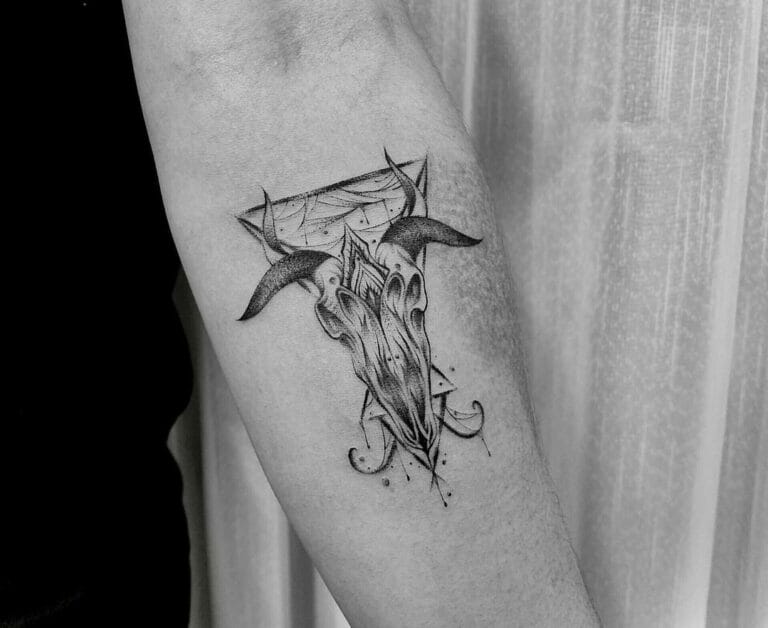 We have seen that signs and symbols are used for making great tattoos, but Lucifer tattoos are the coolest ones. Find the best devil tattoos here.

Whether they’re from ancient texts or recent history, people are busy getting those tattoos done. In this post, you’ll find different lucifer tattoo designs and their meanings.

Christians believe that the Devil was once a beautiful angel and his name was Lucifer. But he had defied God, leading him to fall from grace. The assumption of him being a fallen angel is often based on the book of Isaiah in the Bible. It is quoted that how could Lucifer fall from heaven as he is the son of the morning.

Lucifer only has the power to open and close magical connections with the Earth and Hell. His power can only be used to either summon or banish demons. He has the power to see the future, has a high perception and knowledge of time. He has no power to control the animal’s soul.

Lucifer or Satan was actually an angel of God who revolted against God and His power. He wanted to become God himself. Thus he is often termed as ‘Fallen Angel’ and represented in various art forms. Having a Lucifer image tattooed symbolizes the ultimate form of revolt.

The fallen angel tattoo is the most popular form of lucifer tattoos. A Lucifer angel tattoo design is basically a secretly religious symbol. Angels are considered anthropomorphic which means it is made to create an impact on men; some of them have Winged forms which reflect that it is designed to convey the word of God to mankind.

The Fallen Angel Tattoo is an imagery of a naked human body with wings. They usually have a fallen posture, which indicates sadness and internal pain. Angels are considered as the messengers of God and when it is a fallen angel, then it means that they are the figures who are expelled from heaven in order of punishment. Thus they come down to earth too and are forced to stay with the mortals and try to be one among them. A fallen angel style of lucifer tattoos may have images of angels looking up or down or could be sitting on their knees.

A sigil is a symbol that represents magic. It is thought to be a pictorial signature of a deity. Earlier they were considered as the occult signs which represented various demons and angels who were summoned by the witches. Nowadays, this symbol refers to a practitioner’s desired result.

The Sigil of Lucifer, meaning a Satanic symbol, is a tattoo that contains an “X” which represents the power in this physical plane, and the inverted triangle indicates water and the “V” at the bottom represents duality. The whole symbol looks familiar to the goblet which symbolizes creation. In order to represent Lucifer, the Sigil of Lucifer was created.

He has got different names like Samael or The Lightbringer. He had served as the King of Hell for eternity, but later he decided that he required a change of scene. He is popular through his other names like the Devil or Satan.

As the Devil, Lucifer is a symbol for confusion, and a wild, unruly spirit, who is cursed with all the wickedness and worst aspects of the human condition. Pictures of Satan with red color, having horns, cloven hooves, and a tail are literally used in order to demonize fallen Lucifer’s image.

The tattoo that is on the arm of Constantine represents the alchemical symbol of the Red King. The Red King indicated protection. The image of it is a fire triangle that has three radiating arrows below. Those arrows indicate the ‘Perfect Red King’ or the ‘Sulfur of the Philosophers’.

It is usually considered that the Devil had first shown up in the Bible. In the book of Genesis, a devil in the form of a serpent, who had convinced Eve as well as Adam to have the apple which was forbidden fruit. The fruit was in the “tree of the knowledge” at the Garden of Eden.

Since then, Satan used to speak about his lies through the serpent to Eve. Thus the snake was associated with sin. The serpent symbolizes evil power and chaos.

The name Lucifer has the same meaning as the devil. In Christian tradition, the devil was known as Lucifer, it was used as the proper name, until it fell from grace. Lucifer is synonymous with Satan in popular culture. He is the leader of the devil and the enemy of God.

In ‘Paradise Lost,’ written by Milton, he tells the story of how Satan had led Adam and Eve out of the Garden of Eden. He also narrates how Satan had convinced one-third of all the angels in heaven to join him, and rebel against God. It indicates the attempt which was taken in order to understand the fallen world.

It represents how Lucifer was banished from heaven as he defied God. The tattoo represents the struggle faced by him due to the loss of paradise. People select these tattoos in order to show they have lost something which was close to their heart.

Fallen angel Lucifer tattoos have incredible and intricate designs. These are sometimes colorful, sometimes black in color, and sometimes stippled. They are made of various sizes and on various parts of the body like the back, chest, arm, and sleeves. This tattoo depicts the fight with the God of Paradise. There are numerous lucifer tattoo ideas available nowadays.

It is considered as the Cross of Satan. The Leviathan cross is also known as the ‘Satan cross’. It has an infinity sign at the bottom and at the top, there is a double-cross. This tattoo symbolizes protection and balance between man and woman.

If you are looking for more ideas for Lucifer tattoos, you may also check for: