10 Best Lens Of Truth Tattoo Ideas That Will Blow Your Mind! 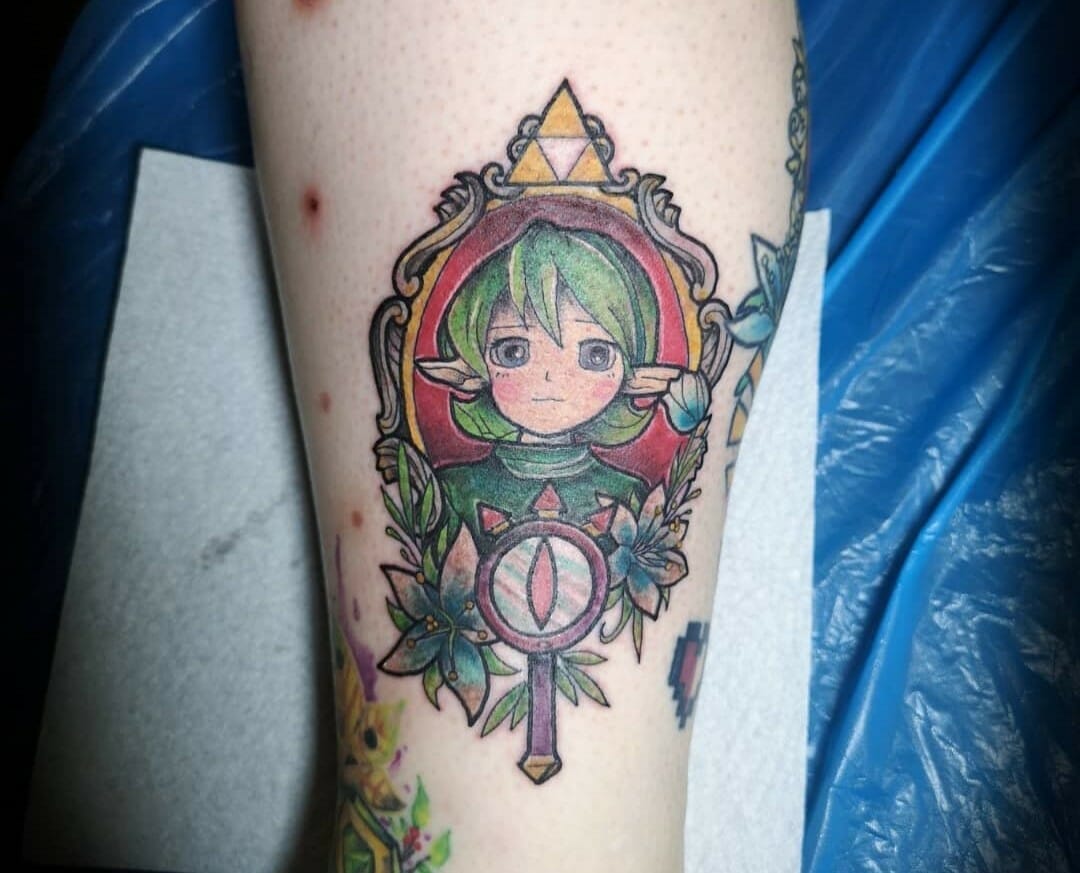 The Lens of Truth is an eye symbol that has been associated with the Legend of Zelda.

It appears in the Legend of Zelda, Ocarina of Time to help your character see things that might not be visible to the naked eye.

The Legend of Zelda is a popular video game and fans like to get the “Lens of Truth” tattoo design as it represents their love for the game. In the legend of Zelda, the original game, the lens of truth can be found at the bottom of the well. In Majora mask, the lens of truth can be found in the Lone Peak Shrine. This tattoo design is like a truth tattoo, it’s a symbol that you know which way your life is heading towards. The Sheikah tribe are introduced in the game as the people who inhabit the forest where the Lens of Truth can be found. The wind waker is considered a shrine for the tribe. The Sheikah Eye is known to ward off evil and seek out the truth.

Check out our awesome list of the Lens of Truth inspired tattoo designs below!

The lens of truth is different in each game of the Legend of Zelda franchise, but they serve the same purpose. This is to expose things that may not be visible to the naked eye. Placed on the upper-thigh, this lens of truth tattoo is inked in thick black lines. Gamers often get tattoos that have inspired them or had an influence on their life. If you are a big fan of the Legend of Zelda franchise, the Lens of Truth can be added to your tattoo collection.

The tattoo artist has taken a realistic approach for the eye symbol for this lens of truth tattoo design. Sometimes the tattoo artist can make an eye symbol or any symbol in their way. The pupil has been made to look like a real eye unlike the other designs, this design has been made in a different way than the game. The eye symbol is a representation that nothing is hidden and that everything will come to light at the right time.

The Sheikah symbol is the Lens of Truth that the character has to seek in the game. It does take time to look for the symbol in the gameplay. The lens is inked in a rich red colour and is surrounded with a spider web. The purple frame and golden design add a nice touch to this detailed tattoo. In the past games, the Lens of Truth was made as a simple symbol, but over the years as the game has been improved with better graphics.

If you are looking for a small, colourful Lens of Truth tattoo, take a look at this one! This lens of truth tattoo has a fiery red background with an eye at the center. On top of the frame, there are three red bulbs that stand out like the devil’s horns. This design is small enough to fit on the wrist or ankle.

To have your tattoo designed in greyscale or colour is up to you. You should discuss with your tattoo artist what colour scheme you would like. This is a classic example of what the person must have interpreted a classic symbol in a videogame and given their twist to it.

Simple The Lens Of Truth Tattoo

This design has been inspired by the early version of the Legend of Zelda game : Ocarina of Time. It is a simple design of the lens of truth inked in bright purple and pink. This tattoo is neatly inked with minimal detail which adds to the cartoonish appeal of it.

Sometimes people prefer their tattoo to have a simple black and white design. This is a realistic depiction of the Lens of Truth, where the frame has a wooden texture. The design is quite detailed and large, taking up the entire lower leg.

Floral Design Of The Lens Of Truth Tattoo

If you are looking for the botanical version of a lens of truth tattoo, then you can consider this one. The traditional lens of truth is has a golden handle with designs carved into it and a red gemstone. Inside the lens of truth, there is a realistic golden eye with long lashes. A branch of leaves surrounds the entire tattoo design, as if wrapped around the lens.

If you want to honour your favourite video game with a work of art that has been inspired by the game, then getting a video game inspired tattoo is the way to go. If you are a fan of the Legend of Zelda, you can flaunt a Lens of Truth and showcase your quest for the hidden truth. Here is a list of tattoo design ideas that you can check out.