10 Best Laker Tattoo Ideas That Will Blow Your Mind! 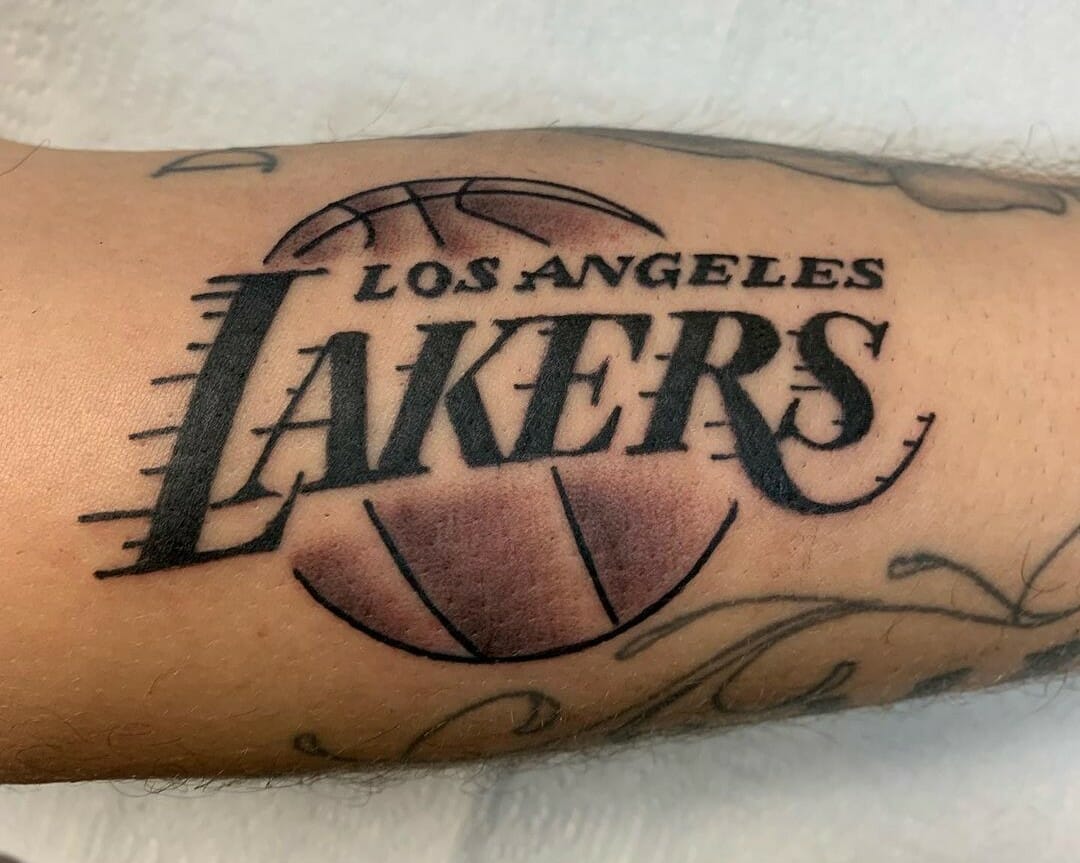 Are you a huge Los Angeles Lakers fan? Well, then you’ve got to see the laker tattoo designs that we’ve picked out for you.

Los Angeles Lakers are one of the most famous American Basketball teams of all times.

Basketball lovers have their favourites like Kobe bryant, Dwight Howard, Lebron James, etc. These star players are the reason behind the huge lakers fan following.

Fans like Snoop Dogg and many other celebrities and artists like Justin Bieber, The Weekend, etc., are huge supporters of the lakers. The Los Angeles Lakers are very popular among the tattoo world. Fans get these tattoos in order to support the lakers team and in tribute to their favourite players. Let’s check these tattoos out.

Therefore, this Los Angeles Lakers tattoo pays tribute to the basketball champion Kobe Bryant. In this tattoo, the tattoo artist has kept it very minimal by placing the tattoo the thumb finger, however, the detailing and execution of the tattoo is remarkable.

The portrait of Kobe Bryant has been drawn very realistically along with his jersey that says number 24 and lakers on it. After drawing the portrait, the tattoo artist has shaded out the outlines using black ink and has diffused it towards the skin which gives more emphasis to the portrait. A very clever idea.

Another very special Lakers fans tattoo that pays tribute to Kobe Bryant and is this one. In this tattoo, Kobe Bryant‘s basketball jumpshot position has been captured.

This is another very realistic tattoo, since the details, the facial features, the entire body has been drawn with utmost perfection. Simple details like the elbow pad, the tattoos on the right arm, the basketball, the crunching of the jersey, the sole of the shoe, etc. has been paid sincere attention which makes this tattoo incredible.

In his Kobe Bryant basketball tattoo, what is this used the perfect symbolic colours has the Lakers team which is purple and gold. The Lakers jersey is purple  with the jersey number written in gold. In this tattoo, the tattoo artist has highlighted the name Black mamba which was the nickname of Kobe Bryant. A beautiful full-size tattoo for lakers fans that looks great in the leg and that has been executed splendidly with perfect colours and good detailings.

This is a very old school design in which the tattoo artist has just used classic black ink to complete the entire tattoo. This tattoo is once again, of the legend, Kobe Bryant in his young age. It is a very iconic tattoo as the tattoo artist has chosen to capture an image in which the scenario was such, that he had just won a basketball match and right after winning it he was sitting at the court contemplating about his life as he was not in great terms with his father which is why in this portrait Kobe looks a little gloomy.

This is a huge Lakers basketball tattoo although it is not quite complex as the others. In this tattoo, the tattoo artist has added small elements that are special to the Lakers.  We have the Staples center which is the largest stadium of Los Angeles where the Lakers usually play.

Then we have a basketball which is over written by a text that says ‘Los Lakers’. In the final element, we have the basketball trophy which is called ‘Larry O’Brien Trophy’ which looks stunning. Overall this entire tattoo has been made using black, brown and red ink to make sure that various gradients are highlighted perfectly and the tattoo artist has chosen a great spot to exhibit it.

This is one of the most heartfelt tribute towards Kobe Bryant and his daughter Gigi. They both passed away on the helicopter crash together. This is a sweet picture that that that what is has captured with a lot of emotions. The figures are looking very realistic and that at what distance done a great job in sharing each and every element perfect hues.

This lakers tattoo right here is of another successful Lakers basketball player and his name is LeBron James. In this tattoo, the tattoo artist has captured his might and has portrayed him as a king of the court that has won the Larry O’Brien Trophy.

The tattoo artist has drawn the entire stadium with the audience and James who is trying to make a score. We also have details like the LA sign and the very top we have James’ face that has been crowned using a bright golden ink.

This is one of the most iconic lakers logo tattoo. In this tattoo, the tattoo artist has drawn a large size of the logo using jet black ink that looks amazing. The logo has a capital L and a basketball. The tattoo artist has used star signs which looks like blings to outlined the entire tattoo. The tattoo artist could have kept it simple but this classic touch of a textured design makes it more tasteful.

This is another iconic winning moment and a Kobe Bryant tribute tattoo that the tattoo artist has captured. The entire tattoo looks like a picture frame that has been tattooed on the back of the leg. In the tattoo we see that Kobe Bryant is midair, making a jump shot to make his goal and the entire crowd is cheering for him.

This tattoo right here is a masterpiece. Although it is a simple Kobe Bryant’s portrait tattoo, but the fact that it has been positioned at the back of the head makes it more bold and stunning. The tattoo artist has also added Kobe Bryant’s jersey numbers which are 8 and 24 beside his face which makes it more aesthetic. The portrait looks very realistic.

Still in search for your perfect lakers tattoo design? Here are some recommendations for you: