10 Best Japanese Skulls Tattoo Ideas That Will Blow Your Mind! 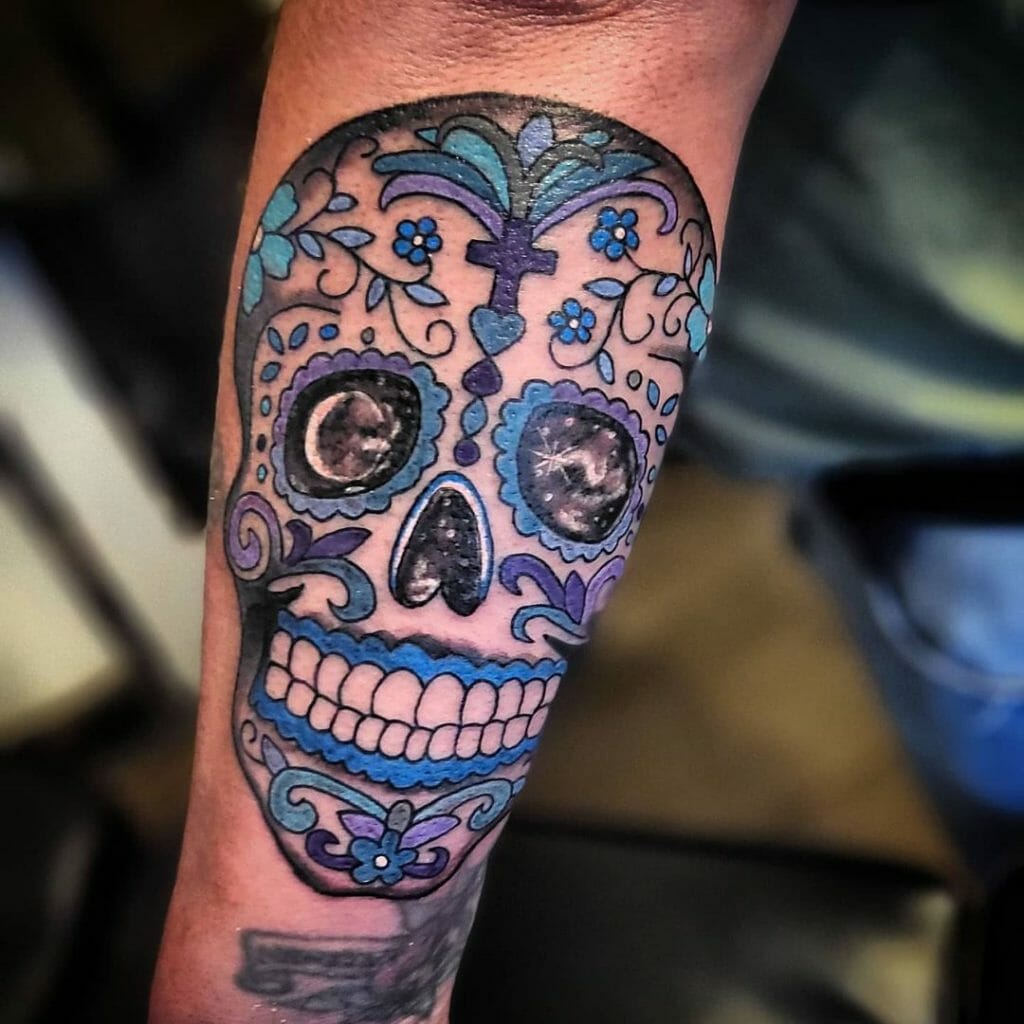 Japanese skulls tattoos have significant meanings and getting one could be a huge step. We’re here to help you decide which could be the best option for you!

Over the years, Japanese tattoos have gained popularity and have been a favoured tattoo choice for many.

A lot of people do not truly understand the meaning of getting a skull tattoo. Even if they do understand it, most of them automatically relate it to negativity.

There is an in-depth meaning to the skull tattoo that is more than just fear, anger, and death. Originally, it was actually conceived as neither of those things. It actually means “great change” and “celebration of life”. During ancient times, Japanese society saw the skull as a symbol of “new life” or “embracing a new life”. It was also seen as a symbol to honor and show respect for people who passed. However, it is possible that because of this meaning, many people started associating the skull with death because that is the greatest change a person can ever experience. Several people, especially those who have conservative backgrounds, are not aware of the true meaning behind the skull tattoo. Their ideas force them to perceive the worst. Once they do understand, their views might of the skull tattoo may change because it is a great form of symbolism.

The Cherry blossom, also known as the Sakura has great significance in Japan. It represents a time of renewal and optimism. These flowers usually blossom during the end of winter and before the beginning of spring. Japan is filled with cherry blossoms which makes the nation look beautiful. Due to their quick blooming season, they also signify the fleeting nature of life. They last for only about two weeks. This tattoo that has a skull and cherry blossoms surrounding it also means something similar. The skill represents embracing a new life and the flowers signify the quick transience of life. Not only does the flower add beauty to the tattoo, but it also connects it to the spiritual world. The tattoo artist has done a great job at representing both meanings beautifully. This could be a perfect tattoo for you!

The snake, also known as “hebi” can represent many elements in Japanese culture. On one hand, they are often seen as sharp-toothed creatures that protect the treasures. On the other hand tattooing, snakes could symbolize transformation, rebirth, strength, good luck and the renewal of life. Both hebi and the skull are symbols of rebirth. This tattoo signifies something like that. You will see that the tattoo artist has done a marvellous job at creating the skull and to merge the two different elements, he has made a snake that is coiled around the skull. This could also mean that your changed life or your new beginning could bring you lots of good luck. This could make for a great tattoo for a believer!

Knife Through The Skull

This is a beautiful piece of art that is an inspiration for everyone. The tattoo artist has used several colours of ink so that it looks vibrant and beautiful. The knife through the skull has a very significant meaning. It symbolizes death, bravery, memory or protection. This Japanese tattoo could also represent strength. The strokes on this tattoo are very intricate and the colour palate is very tasteful. Although it is made with bright colors, they look very sober. The client has made this tattoo on their calf, but you can get it done on your thigh or even your shoulder! These are Japanese tattoos that symbolize strength.

This is an interesting design. In the ancient Japanese culture, snails were considered to be the most fertile of all animals and were also considered the Gods of water. It is also considered a slow and steady symbol of nature that reaches its final destination no matter what. The tattoo above shows the skull on a snail. Since the significance of skull is rebirth or embracing new life, this tattoo could mean that no matter what happens, even if the change is slow, at one point you are bound to reach your final destination. The snail will slowly carry you on the right path. This is a little different than the traditional Japanese tattoo but it does represent that your goal should always be “moving forward”

A samurai is a member of the Japanese warrior class. Samurai, in ancient Japanese meant soldier or warrior. For more than 800 years, the Samurai have fought with bravery, have taught bravery, honor and loyalty to the society that still remains a significant part of the Japanese culture even today. They are the symbols of respect, discipline and ethical behavior. This can be considered as one of the most popular Japanese tattoo designs. This Japanese tattoo is a true honor and tribute to the great soldiers that once shaped the country of Japan with the strategic warfare and conduct. A Samurai tattoo is a great tattoo design as a tribute to the heritage of Japan.

A skull tattoo does not always have to signify death. It means a new life, a change that you want to bring about in yourself, good fortune that you long for. It also has a different meaning. It symbolizes freedom. The people who get skull tattoo that are covered in flames want to show to the world that they want to break free from the societal norms. A flaming skull shows the strong willpower of the owner of the tattoo. If you are someone who feels a bit different from society or someone who loves to take risks, this tattoo is perfect for you!

A geisha tattoo is very popular among the Japanese. Its origin lies in ancient Japanese culture. A geisha tattoo is a symbol of beauty and mystery. Traditionally, it is made in vibrant colours and larger designs, usually on the forearm, leg, back and other places with larger surface area. A geisha tattoo signifies a beautiful perfect woman who is artistic. This tattoo, however, has a skull behind the face and a skull means new beginning. This could mean that you want a new begging or are willing to embrace a new beginning that is going to be perfect for you. It will bring good health and fortune to you.

A Japanese skull tattoo is traditionally called “Zugaikotsu”. These Japanese style tattoos are meant to convey someone’s pride in their culture, heritage and beliefs. They are meaningful tattoo symbols. The Japanese tattoo skulls identify itself with death, life and the experience that comes with dealing with the death of someone close. The overall concept of this tattoo is “change”. There could be several tattoo ideas for you to use, but the twin skull idea is different and unique. It could mean something deeply personal, like the death of two people close to you, or one death that has forced you to start a new. These could make for some cool tattoo designs!

Like in a previous design, you must have noticed a Samurai tattoo, this one however is a bit different. In this tattoo design, the Samurai skull is surrounded by small pink flowers or the Sakura flower that are vastly popular in Japan. In this Japanese flower tattoo design, the Samurai skull is wearing a helmet that inspires fear and gives tribute to a fallen warrior. In earlier times, Samurai used to ink themselves with tattoos like this as a tribute to one of them. The traditional Nara black ink is used synonymously with Samurai skull tattoos with hues of blue and green.

This is another variation of the snake in the skull tattoo. This Japanese tattoo with skulls represents death and both the spiritual and physical destruction of a person. Together, the merging of skull and snake can mean the cycle of life and death. Japanese tattoo with skull represent so many various meanings and give so much inspiration that you can choose one that is best suited for you! These could make for great Japanese sleeve tattoo.

The Japanese traditional tattoo with skulls are beautiful tattoo designs that are a means to show respect to people who have passed, celebrate their lives and learn from their deaths. They have strong traditional ties with a variety of amazing designs. You can choose from the multitude of designs and select the one that is suited best for your taste! Cold colors, especially hues of blue, green and yellow look amazing on these designs! If you are looking for a traditional Japanese tattoo that connects you to your roots and traditions, you can choose from the variety of designs here and become the owner of a beautiful tattoo!