101 Best Igy6 Tattoo Ideas You Have To See To Believe! 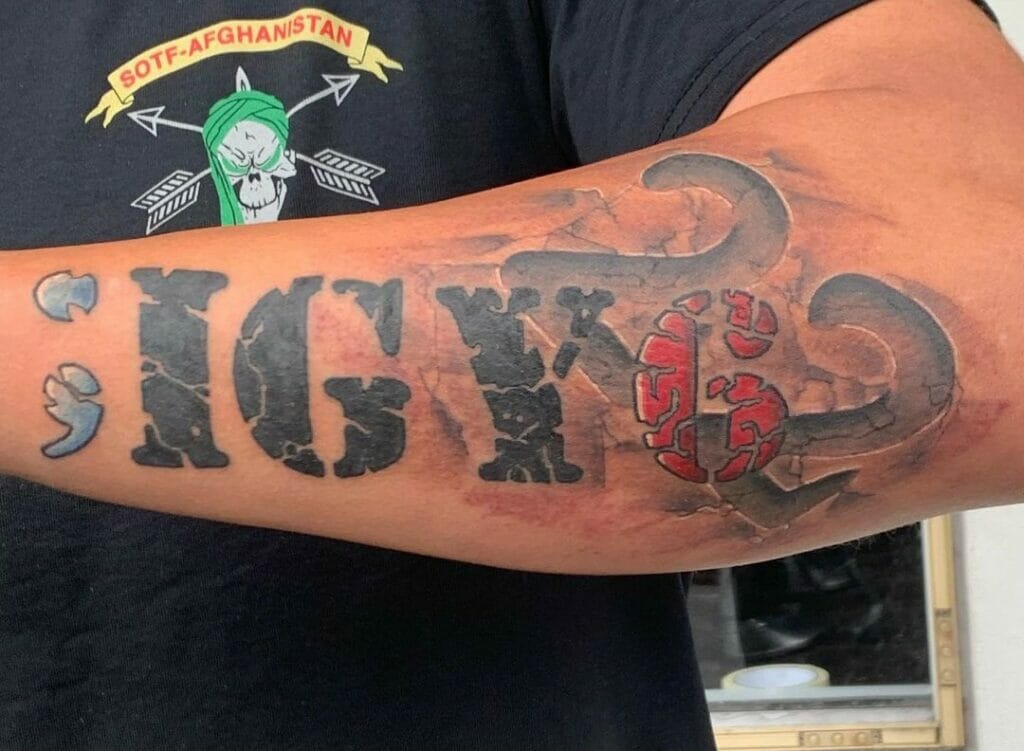 Looking to get an igy6 tattoo and wondering what the IGY6 tattoo means? Read below for an awesome list of IGY6 tattoos and find answers to your questions!

What does igy6 tattoo meaning? IGY6 tattoo stands for, ‘I got your 6 (back).’

In our lives, we run into a lot of issues and feel lost at a point in our lives. That’s when we need someone backing us up.

The IGY6 tattoo was popularised by the military. Did you know that over 22 veterans commit suicide each day or indulge in self-harm? IGY6 tattoos are for military veterans who find it difficult to return to civilian life after service in the military and struggling to put their past behind them and re-adapt to the world. Depression, anxiety, and PTSD are complications many veterans deal with. The colours of the IGY6 tattoo carry a profound meaning. In IGY6 tattoo, teal is for PTSD awareness; black is for the heavy hearts that many of these veterans carry, those who suffer from PTSD and have lost loved ones to suicide because of PTSD. In the IGY6 tattoo, red is a symbol of the blood that has been shed. IGY6 tattoo conveys that you are not the only one suffering from PTSD and mental health issues; other veterans feel the same pain and challenges as well. They got your back; you can have theirs. Even if you are not a veteran or related to the military, you could still get this tattoo. The IGY6 tattoo also has a semicolon which is a symbol for mental health solidarity. IGY6 stands for ‘I got your six (back)’ and is a way to show the true meaning of life to those who are looking for such a message in their lives.

You can raise PTSD awareness, mental health issues, and your own emotions through IGY6 tattoos which stands for ‘I got your 6 (back)’. Read below to find some popular representations of IGY6 tattoos and understand what an IGY6 tattoo means.

The artist has inked the IGY6 tattoo to raise awareness for post-traumatic stress disorder, an extension of the Project Semicolon. Instead of the usual colours for IGY6, the tattoo artist has given his own twist to the colour combination. The semicolon which is a symbol of the Project Semicolon is usually black has been inked with blue here, and the IGY part of the tattoo has no colours, which is generally inked in black. ‘6’ still carries the usual red colour scheme for IGY6 tattoos. You can add your own twist to this IGY6 tattoo by adding something else which can honour the veterans and raise suicide awareness. You add a butterfly with a semicolon IGY6 tattoo which will add a deeper meaning – freedom or metamorphosis.

Do you want to pay tribute to veterans and their mental health? This IGY6 tattoo is a way to show your support to the veterans. The number 22 inked in red represents the estimated number of suicides committed by veterans every day who are suffering from PTSD, depression, and anxiety. The battlefield cross inked by the artist honours the fallen soldiers. You can get this tattoo inked on your arm or leg. This tattoo can show your solidarity towards suicide survivors.

I Got Your Back Tattoo

I got your six, the phrase originally used by fighter pilots as slang to show that they have got their partner’s back. The meaning of the phrase has not changed; however, local tattoo shops are stepping in to show their support for veterans struggling with mental health issues. In this traditional IGY6 tattoo, the teal semicolon represents PTSD awareness; the semicolon belongs to Project Semicolon representing mental health awareness against depression, suicide, addiction, and self-injury. Black of IGY is for the heaviness carried by someone who suffers or lost a loved one due to PTSD, and red of ‘6’ represents the bloodshed. Consider getting this tattoo on your arm.

This is a light take on the IGY6 tattoo designs. The artist has inked a blue shark that is being ridden by a black cat holding a flag in its hand. On the tail of the shark, we can see IGY6 inked, which means the cat has got the shark’s back covered. It is an interesting and fun take on IGY6 tattoos. You can switch the colours of cat and shark according to your own preference to give it your own twist. It’s best to get this tattoo on a larger surface like the chest or back.

It’s a classic IGY6 22 tattoo; however, there is a great emphasis on the number 22 in the background of this IGY6 22 tattoo. The IGY6 tattoo is amongst the most popular tattoos out there. The estimated statistics indicate that every day, about 22 veterans commit suicide due to PTSD, depression, and other mental health issues. When the number 22 is added to the IGY6 tattoo, it shows your support to veterans and anyone who is suffering from these mental issues as well. The 22 is a tough reminder as to how important mental health is. Below the IGY6, there is another semicolon with the tail of an arrow. You can integrate this tattoo design with another army IGY6 tattoo, which will be another way to portray your support.

Lighthouses have always been a symbol of guidance. The artist has inked a lighthouse with the words IGY6 written on it. In classic literature, the lighthouse symbolizes strength, individuality, and death. Lighthouses show ships the right way, especially during storms. IGY6, combined with lighthouses, means that we should not give up in challenging situations and continue our way against storms and oceans because, at the end of the day, it will get better. Other details in this IGY6 tattoo include strong ocean waters and beautifully inked flowers around the whole design. Even in storms, there is peace.

The tattoo artist celebrates the liberation of Norwegians from Germans and honours the fallen soldiers by inking the IGY6 tattoo on the wrist. It was these veterans who had gone through the period of war and suffered from the real-world consequences after the end of the war. The IGY6 tattoo design here is clean and straightforward. If you are looking to add more designs to honour the veterans, consider adding a skull and the number 22.

This tattoo is set for veterans. This is a military IGY6 tattoo with a scope sign on the number 6 in the tattoo. The addition of a scope shows your support for the veterans out there in the world suffering from mental health conditions. These army IGY6 tattoos show allegiance to fellow soldiers and let them know that there is always another soldier who is ready to support them. The scope on number 6 indicates that whatever be the situation, your friend will be watching your back. Just like a sniper, ensure the teammates are safe, from a long distance.

IGY6 tattoos speak strongly for the military and its veterans. It is a tattoo meant to show solidarity to not only veterans but also suicide victims and people suffering from mental health issues. Check out our suggestions below if you are looking for more variants or ideas for IGY6 tattoo designs.

What is the meaning of an igy6 tattoo?

There is no one specific meaning of an igy6 tattoo. However, the most common interpretation of this type of tattoo is that it represents a person’s individual journey and growth. Additionally, igy6 tattoos can also be seen as a way to commemorate major life events or accomplishments. No matter what the personal significance may be, igy6 tattoos are always unique and hold a special meaning for those who wear them.

What does the IGY6 tattoo represent?

An IGY6 tattoo can represent a number of different things. Most commonly, it is seen as a symbol of personal growth and journey. It can also be used to commemorate major life events or accomplishments. No matter what the specific meaning is, an IGY6 tattoo is always unique and holds a special significance for those who wear it.

How do I take care of my igy6 tattoo?

It is important to take proper care of your igy6 tattoo in order to ensure that it heals properly and lasts for a long time. After getting the tattoo, be sure to clean it several times a day with antibacterial soap and water. Additionally, apply a thin layer of Tattoo Goo or a similar lotion to keep the area moisturized. Finally, avoid exposure to the sun or any other type of UV light as this can cause the tattoo to fade.

How much does an igy6 tattoo cost?

The cost of an igy6 tattoo will vary depending on the size, complexity, and placement of the tattoo. Additionally, the artist’s skill and experience level will also affect the price. Generally speaking, however, igy6 tattoos tend to be on the cheaper side when compared to other types of tattoos.