10 Best Galaxy Tattoo Ideas You Have To See To Believe! 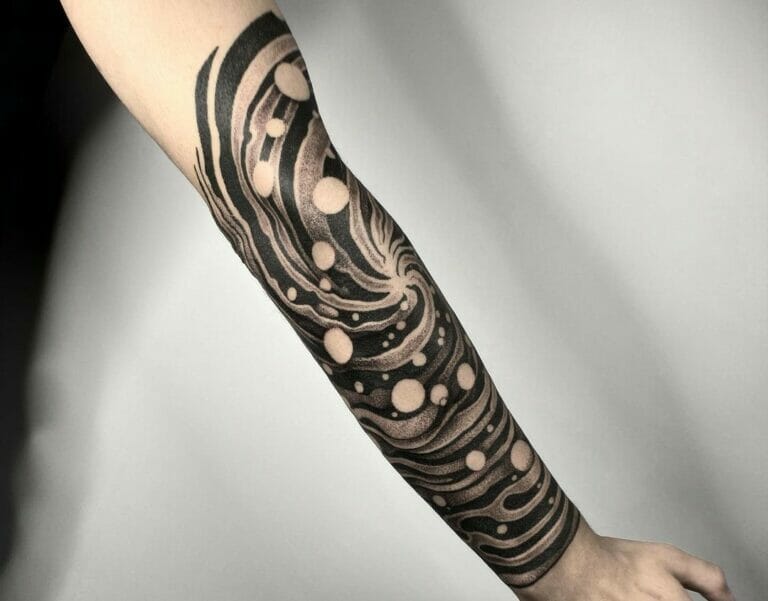 For cosmic enthusiasts who have been endlessly searching for galaxy tattoos, your search ends here! Here are some of the best tattoo ideas put together by us.

Outer space has always been sort of an unknown territory that has thrilled mankind and its people!

The numerous unanswered questions about the solar system, galaxies, stars, planets and cosmos have increased the air of uncertainty around outer space. But of all the known and lesser-known things present in space, gazing at a galaxy of stars has been a relevant hobby of many people. Our Earth residing in the Solar system is part of the galaxy named the Milky Way. Likewise, there is a myriad of galaxies namely, Andromeda Galaxy, Large Magellanic Galaxy, Whirlpool Galaxy, Pinwheel Galaxy etc.

Thus the cosmophiles who never get tired of discussing galaxies and stars, it is high time you get yourself inked with a galaxy tattoo. For those of you who have always been sceptical about how it would turn out, there are endless galaxy tattoo designs to choose from. Some of the best ones have been compiled by us here!

This tattoo here is a very detailed galaxy tattoo drawn with a great deal of imagination. The astronaut is drawn as if he is resting on a crescent moon and enjoying a puff at the same time. The astronaut sand the crescent moon inked using the same colours is distinguished by the red borders on the suit. Different shades of black and grey used have given this galaxy chest tattoo a wholesome look. However, that is not all. What makes this space galaxy tattoo different from the rest is the smoke coming out from the astronaut’s cigarette. The smoke has been inked using a shade of violet and blue and the planet Saturn has been drawn inside the smoke. This helps the tattoo give off a dreamlike effect and really stretches one’s imagination far and wide.

This galaxy tattoo on your arm will give off a surreal feel and surely stand out among other ordinary galaxy tattoos. Inked using various shades of red and blue on an underlying black background, this tattoo has elements combined in it that one would not normally expect in galaxy tattoos. Try not to confuse it with the regular galaxy tattoos as this tattoo here includes a strange yet unique geometrical effect given off by the square boxes inked along with planets and stars. The tattoo artist’s imaginative capabilities are well understood by the whirlpool inked in the centre. A shade of red with blue spots have covered the whirlpool which gives it a divine look.