101 Best Fleur De Lis Tattoo Ideas You Have To See To Believe! 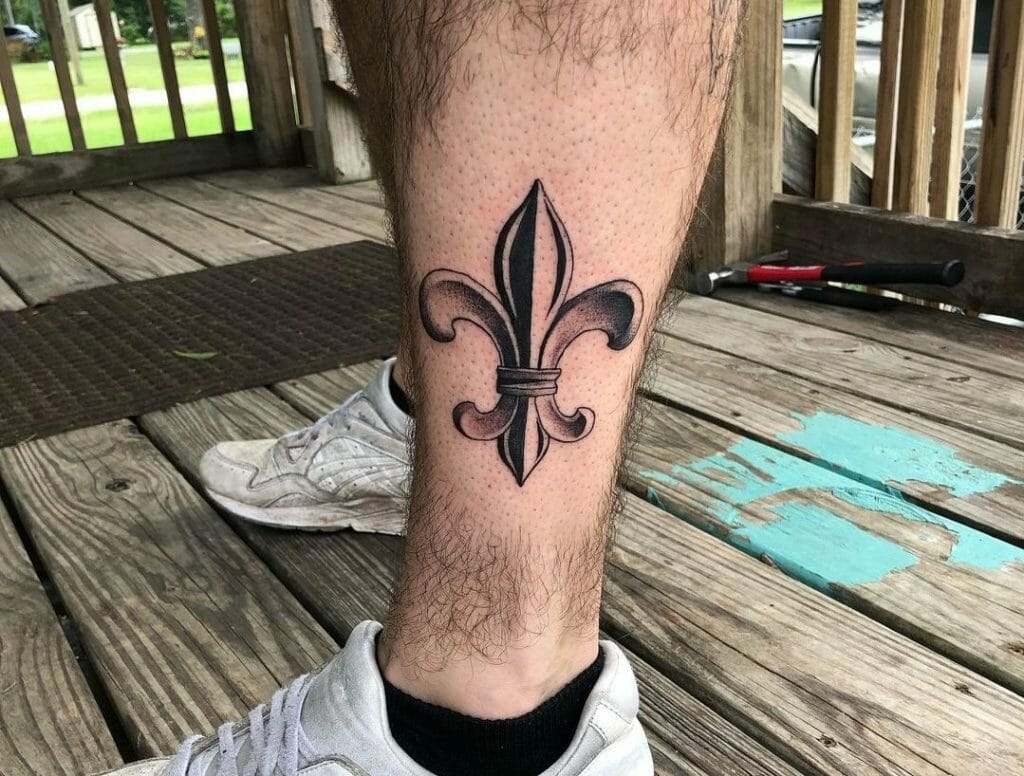 Fleur de lis is a symbol that has its roots steeped in history.

It is also pronounced as fleur-de-lys or flor-de-lis. The symbol has become quite popular worldwide.

If you search for the significance of the symbol in history, you will find it in French royalty, Christianity, Greek, Roman, Hindu, and more cultures around the world. It often represents catholic saints. The fleur de lis symbols look like three petals of a lily flower tied together at the base. The fleur de lis meaning lies in its history. The symbol has different meanings ranging from purity, honour, life, and enlightenment to slavery and torture. However, now the negative connotations have faded a lot. Understanding the story behind this popular design is the key to choose the best one, so keep reading the content below to know which fleur de lis tattoos would be best for you.

Whether people choose to ink a large or small tattoo art is up to them, but both can be gorgeous. Many people don’t like to cover a large part of their body with tattoos and small simple ones, sometimes minimalistic ones may be perfect for them. The tattoo designs may be small but don’t think that they fail to express your emotions. They possess the same meaning and beauty as any large tattoos of that design, so you may get a great simple colour-filled small tattoo of the fleur de lis, like the picture above. You may go for a fine line minimalistic small tattoo as well.

The picture above shows four sides of a cross tattoo bearing the fleur de lis. There are lots of stories related to the fleur de lis history. One story says that an angel gave the French King Clovis I a holy golden lily as a sign that he was purified when he converted to Christianity. The king later united all the Frankish tribes under his rule. Lily flowers represent chastity and purity in Christianity, so naturally they have been connected with the Virgin Mary. Other than Virgin Mary, the three petals of the fleur de lis also represent the three persons of the Holy Trinity. This connection to religion is the reason why fleur de lis cross tattoos are common.

Watercolour tattoo style is comparatively a new style, but it has taken the world by storm. You can add the colours in these tattoos in any manner, like in the background of your tattoo design, giving it an artistic vibe, like the picture above with the beautiful red, blue and yellow watercolour in the background. Even when the watercolour is introduced in the tattoo element itself, the fading technique can awe everyone. There is a downside to this style that it fades a little quicker than general black and grey shades. However, it’s pretty evident from the picture that inking this style of tattoo is definitely worth it.

People get tattoos for many reasons. The tattoo element might have some meanings that is related to some close events of their life, for the deep meanings of the tattoo element, or maybe just for the tattoo designs being trendy. Another reason can be for the ornamental purpose of the tattoo and fleur de lis tattoos can serve that purpose excellently as evident from the picture above. In the picture, the wearer is donning a fleur de lis back tattoo with some ornamental chains hanging from it like a chandelier and there’s a beautiful background of blue and purple watercolour that’s enhancing its charm. You can also go for an ornamental fleur de lis wrist tattoo or ankle tattoo.

Fleur de lis has a huge significance in history, more specifically it’s dipped in history of the French royalty. The exact origin of the symbol has been impossible to figure out as it has been seen in many old relics from many ages back. It can be found in St. Peter’s basilica, the shield of the French King Louis VI, and Joan of Arc’s banner. However, the most significant one we know is, it can be found in the former royal arms of France till the 1700s. The picture above is of a beautiful golden fleur de lia tattoo similar to the former royal arms of France, so it’s historical significance is pretty obvious.

Fleur de lis has been connected with compass, more specifically, the compass rose for years. It was first used as the mark of the north by Pedro Reinel. It quickly became a popular tradition and is still used in compass roses today. Many scouting organizations, like the Boy Scouts of America, use this symbol as their emblem for this reason. The picture above is of a great compass tattoo with the fleur de lis pointing north. The words ‘some just have to chase the sun’ from the lyrics of the English song ‘Wild Child’ are written below. The words match the tattoo design pretty perfectly.

‘The Originals’ was an American TV series that first aired in 2013. The story of the ‘The Originals’ was based on New Orleans. Similar to real life in the city, the symbol, ‘fleur de lis’ played a great part in the show. It can be found in the poster of the show, used in the homes of the main protagonists of the show, and more. The picture above is a tattoo of ‘always and forever’, a vow taken by the main protagonists. A large part of the show revolves around this vow, ‘always and forever’ and a small fleur de lis can be seen below.

The fleur de lis symbol is in the soul of the New Orleans city. It came to become this owing to the French influence. It’s the emblem of the city and it can also be seen on the flag of the city. If you ever visit the city, you will probably see it on the buildings, used in the designs of the fences, even in the streets, everywhere. Hence, you can easily understand why that the crest of the professional American football team of the city, the New Orleans Saints would hold the fleur de lis symbol. If you live in the city, or just a fan of the team, you can get a tattoo of the team crest in gold with black borders like the picture above.

Now that you know what does a fleur de lis tattoo symbolize and the best fleur de lis tattoos from the categories and images above, you can ink your favourite from the ones that you love. However, before you look for a place to tattoo, we have some more suggestions – you can choose a fleur de lis design that has a connection to France. We can surely say that you will love how it increases the beauty when you include it in your full body tattoo.

What is the meaning of a fleur de lis tattoo?

A fleur de lis tattoo is an iconic symbol with a deep historical meaning. The fleur de lis has been used for centuries as a royal emblem, representing purity and light. It’s most often associated with French royalty, but it can also be found in other European cultures. Fleur de lis tattoos are usually seen as a sign of strength, courage, and resilience. Some people also get this tattoo to symbolize loyalty and faithfulness. No matter the reason for your tattoo, it’s sure to be an elegant addition to your body art collection.

Where is the best place to get a fleur de lis tattoo?

The best place to get a fleur de lis tattoo is at a reputable, professional tattoo parlor. It’s essential to find an experienced artist who has experience in creating intricate designs like the fleur de lis. You should also make sure that the studio is clean and safe. Before you make your appointment, look through the artist’s portfolio and read reviews to make sure you feel comfortable with them.

How much does a fleur de lis tattoo cost?

The cost of a fleur de lis tattoo can vary depending on the size, complexity, and placement of the design. For example, a small fleur de lis tattoo on your wrist may cost around $50-$100, while a larger piece could go for up to $400 or more. It’s also important to factor in the cost of any touch-ups that may be needed down the line. To get the best estimate, make sure to consult with your tattoo artist before you commit.

How big should a fleur de lis tattoo be?

The size of your fleur de lis tattoo is up to you, but it’s important to remember that a detailed design like this will look best when it’s larger. A small fleur de lis can easily get lost in the mix of other body art, so make sure you choose an appropriate size for the area where you want your tattoo. Your artist can help you determine the best size for your tattoo based on the placement and scale of the design.

What color should a fleur de lis tattoo be?

The classic fleur de lis is usually seen as a black and grey design, but many people choose to add vibrant colors like red, blue, and purple to their tattoos. You can also play around with color combinations to make your tattoo even more unique. Ultimately, the choice is up to you – so don’t be afraid to experiment and come up with something that represents you.