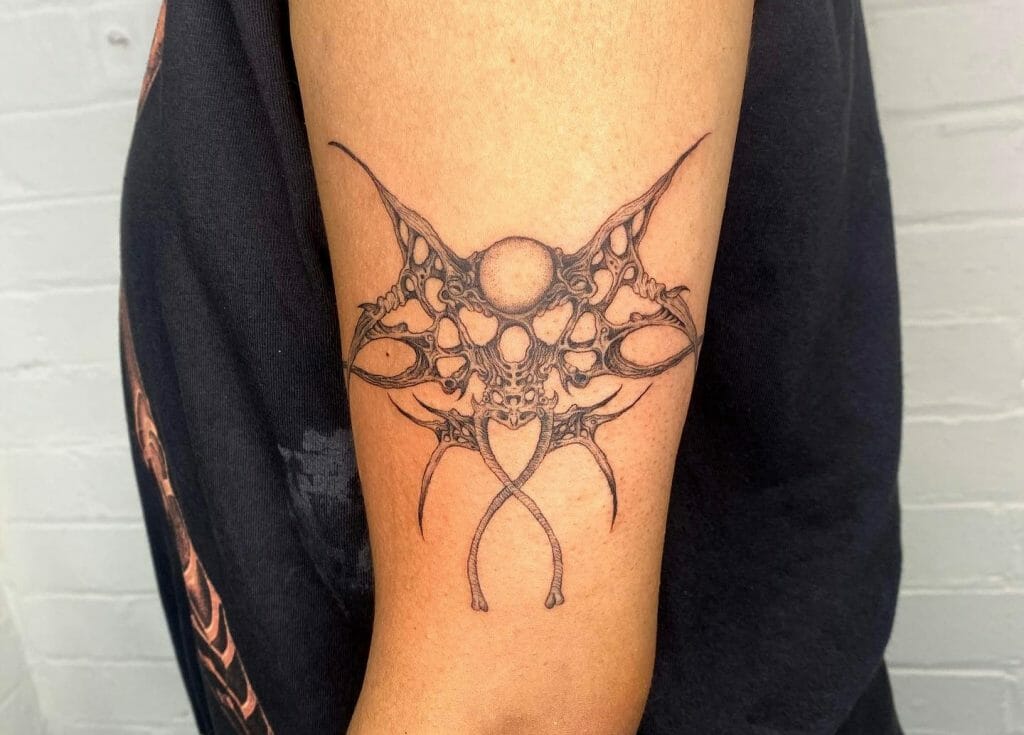 If a cultural group and their tattoo pique your interest then let’s have a look at such brilliant masterpiece female simple tribal tattoo designs.

The meaning of tribal tattoos varies depending on culture and design.

Many tell the tale of the wearer’s ancestors as well as their accomplishments. They can also be used to represent safeguards, power, and strength.

Tribal tattoos have multiple interpretations cultural context from which they are derived. They can be huge and detailed, covering a large portion of the body, or compact and straightforward. The significance remains the same regardless of size. A slight indentation is appealing to women who want to easily conceal their body art. You are not restricted in terms of placement, so you can choose something subtle like the inner forearm or make a bold declaration with a face or neck inking. Choose wisely. A traditional ethnic design is a way to honor your lineage and feel a connection to your heritage.

Polynesia has over 1000 islands, so many of their tribal-style tattoos allow for some creative freedom in terms of what you get. This tattoo is pleasing to the eye because it is traditionally intense on black ink with a combination of negative space. Placement is essential and has great significance in Polynesian culture, so do your research before purchasing one.

These Polynesian tribal design tattoos are beautifully made into tribal leg tattoos and it is the best tribal tattoos. This Polynesian tattoo shows different cultures, the tribal pattern shows the flow of waves and there is a beautiful flower drawn along with the same tattoo. The Polynesian tattoo inspiration is from the movement of the waves, this awesome tattoo idea can also be used to make an arm tattoo.

Although Samoa is classified as Polynesian, it has its own distinct flavor. Samoan tribal tattoos can have a variety of sentimental meanings, depending on the individual receiving the piece. Each sign can have various meanings, ensuring that your tattoo is unique. These tattoos are frequently an accumulation of basic strokes combined to create one seriously cool piece of artwork.

The tattoos and designs of the Samoan islands represent society, power, status, respect, and honor, and are only to be worn by Samoans. Displaying their symbols and designs is an act of disrespect for someone who has no cultural impact or heritage background.

The Tattoo Of The Native American Tribes

Animals are frequently depicted in Native American tribal tattoos. Wolves and totem poles are two fantastic symbols of morality that appear frequently in this style. Dream catchers are a popular theme in Native American tribal tattoo ideas, and they look great in any tattoo. Dream catchers and totem poles look so cool and represent protection and warding off evil spirits.

Each pattern and tribal pieces have symbolic meanings. The tribal tattoo for women was a differing religious ceremony all-over Native American society the complex tribal tattoo design was done depending on the tribe. To name a few, this holy ceremony was used to safeguard, guard, heal, and convey status and accomplishments.

The way the tattoo artist made these many tribal tattoos gives an image as if the tattoo itself moved and adjusted itself according to the body’s natural curves. It also shows other cultures in the back tattoo. The different patterns, the pretty flower, the straight lines, and the other multiple designs show the various cultures that are put together to form the matching tribal tattoos.

The intricate patterns make the entire back tattoo which is making a bold statement, one of the entire arms is filled with intricate designs. These tattoos could also be used as armband tattoos and these tribal back tattoos are perfect for women and they can change and alter according to their wishes.

Indian tribal tattoos, like those found in Africa, have been used for aesthetic reasons and were regarded as a more remarkable alternative to jewelry and accessories. Traditional simplistic designs, ranging from a series of parallel lines to Indian gods, represented power and strength. This gives you more creative freedom, which is wonderful for larger pieces!

Indian female tribal tattoos are similar to the other tribal tattoos one can even see a tribal lion tattoo with the goddess sitting on it. The beautiful tribal chest tattoo represents the origin from where are ancestors come. The tribal art differs from region to region in India according to the different tribes.

The African Tribal Tattoos For Women

Africa is known as the residence of storytelling, there is more to their tribal tattoos than meets the eye. These pieces, with deeper messages of bravery and courage, represent the wearer’s strength. Although many of these tattoos tell a story, history shows that several tribes had them for purely aesthetic reasons. African tribal style is more heavily shaded and much more of a design element than others.

Hawaiian tattoos are frequently regarded as a gentler strategy for the various tribe’s tattoo game. Given how much the ocean influences their culture, it’s only natural that their tattoos reflect that. With recurring visuals of water animals, this tattoo style is ideal for the type of guy who enjoys being around water as well as the outdoors.

As the name suggests Hawaiian the tattoo inspiration is from the aquatic marine life, we can see the small detailings of the fishes in the tattoo. If you view the tattoo carefully you will be able to see the fishes traveling across the bridge like patterns. These patterns and designs differ from person to person so before getting the tattoo one should not simply copy but even know the meanings.

The Tribal Designs With The Tribal Sword Tattoos For Women

This is a Polynesian tribal tattoo with a sword as the main picture. We can even spot a yin and yang tattoo on the sword proving that this tattoo is made with the combination of two different cultures and tribes. The dying and yang symbol means that in every good there is a bad and in every bad thing, there is a good meaning nothing is completely good or bad. Everything has a negative side as well as a positive side if we have reasons to hate a thing then if we find we may even find some positive aspects in them.

These tribal tattoo patterns together from different tribes have been made together in such a way that it portrays a story of their own. Sword is a symbol of warrior and bravery which is seen or which is depicted in the image. In place of the swords, one can even add butterfly tribal tattoos.

Tribal markings can reveal a lot about the wearer’s marital status, social hierarchy, and accomplishments. They should be inked to honor your culture and ancestors and worn with pride. There are design dictates from which to choose, and the significance of one chosen imagery will be determined by the culture that inspired you. Take into account a sleeve tattoo if you want something large and detailed.

The elegance of sleeve designs is that they are extremely creative and frequently tell a story. A full sleeve will contain your entire leg and include images that are meaningful to you. Sleeves are time-consuming and costly to make. However, the end result is well worth it, particularly for a tattoo with a lot of meaning and this body art will be worth it.

The Small Tattoo Design For Women

Tribal tattoos have multiple interpretations depending on the culture from which they are derived. They can be large and detailed, covering a large portion of the body, or small and straightforward. Regardless of the size, the importance remains the same. A small tattoo is appealing to men who want to easily conceal their body art. You are also not restricted in terms of placement, so you can choose something subtle like the inner wrist or make a bold declaration with a neck or face inking. Choose wisely. A small tribal design is a way to honor your forefathers and feel connected to your heritage.

These tattoos can be made anywhere in the body and they can be altered or changed according to one’s will. But these tattoos should not be copied or imitated because each tattoo has a significant meaning and it differs from one person to another. One can even add shark teeth showing the culture and tradition of a different place or a tribe. Small tribal tattoos have a lot of varieties and can be made accordingly one can even mix the tribal tattoos of two different places it is completely fine to do so till they know the cultural and traditional background of both the tribes and don’t make it just because it looks cool.

We couldn’t get enough of the simple tribal women’s tattoos. So we have a few more tattoo ideas to think about: