10 Best Eagle Skull Tattoo Ideas That Will Blow Your Mind! 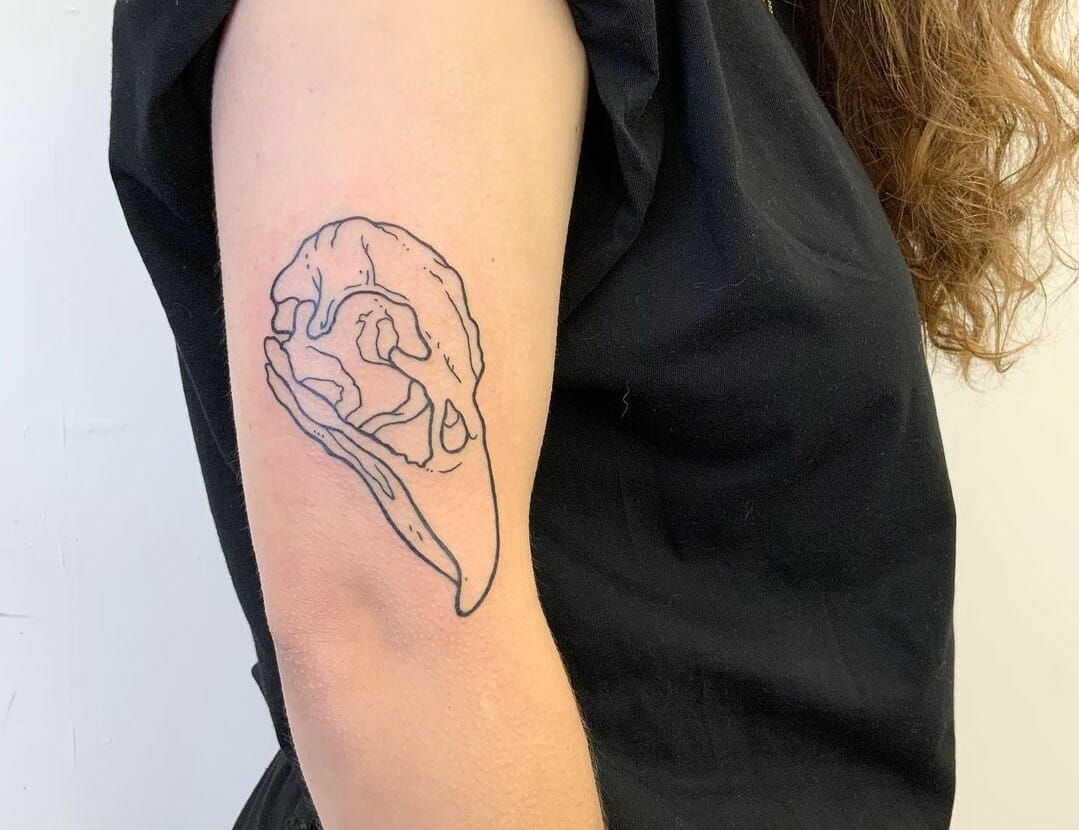 Eagle skull tattoos have many different meanings and versions.

Eagle tattoo designs can be of symbols of eagles or even feathers that mean good luck, vision, freedom, power, religion, or related to God. Skulls also represent courage, fearless nature other than death. The designs can be of a skull of eagle and snake tattoo or flying eagle birds tattoo with a skull with the words ‘fly higher’ and more. Many people get them on one or the other hand because arms can be the best body part to show the tattoo to the world. Read on to explore more about these tattoos.

Skull and skeleton tattoo designs have some meanings of death and everything related to it. However, they also indicate that the wearer does not fear death and they have overcome hard times. Additionally they also represent strength, protection, and fearlessness. Eagle tattoo meanings tell us about power, strength, and more. That’s why you can express strength through an eagle bird skull tattoo design even other than death. The picture above shows a full eagle skeleton tattoo drawn on one of the arms of the wearer. The beautiful tattoo design is entirely drawn in thin lines and intricate shading in black ink. The tattoo artist has used some white ink in the tattoo to give it a little 3D effect.

Black and grey tattoos have been the first method of tattooing and it still remains one of the most sought after styles to this day. In terms of skull and skeleton tattoo designs, black and grey ink work the best as well as evident from the picture above. It’s a simple yet detailed tattoo of an eagle bird skull drawn on one of the arms of the wearer. The slight shading work only in a few places is making the skull tattoo design look perfect. The depth in the eye socket, the blackness of the beak, and everything in the tattoo has been drawn in black and grey ink with extreme care.

Body art tattoo designs are rare and they can be quite beautiful. It takes the tattoo artist a lot of time to complete a body art tattoo, but they get a lot of freedom and space to work with their imagination. The picture above shows a large body art tattoo that’s covering the entire back of the wearer. The tattoo design is of a flying eagle holding a skull on its talons. The eyes of the skull are glowing a fiery red and yellow colour, two swords can be seen behind the skull, and there’s a vintage long scroll paper with the words ‘carpe diem’ written below the skull. The words ‘carpet diem’ literally means ‘seize the day’.

Tribal tattoos are primarily worn by people of certain cultures, like Native Americans have a meaning that tell stories and heritage of their culture. Usually these tattoos are made up of geometric patterns like mandala tattoos. The other form of tribal tattoos that anyone can wear are tattoos of other elements of Native American culture, like dreamcatchers, headdresses, or skulls with accessories of a feather or more, like the picture above. It’s a tribal eagle tattoo design of an eagle headdress on an eagle skull and the feathers on the headdress are probably a eagle feather tattoo design as well. The blue, red, brown, and more colours used in the tattoo design are quite simple and shading is not done in a very complex manner either.

Skull tattoos can have a pretty symbolic meaning even other than death, in terms of expressing strength, bravery, and lack of fear from death. Other designs of a snake tattoo, a spider, and some other bird species, like crow birds, or raven birds have a similar meaning or symbolism other than freedom, power, and more. Hence, a combination of these designs can be pretty perfect. The picture above is of a simple eagle bird skull tattoo design with fine thin lines and striped-lined shading work. There’s a black widow spider crawling on the top of the skull. The shading work on the spider has been done quite heavily to make the spider stand out from the eagle bird skull. Black widow spider tattoos usually the meaning of the strength of a woman.

Realistic tattoos can be pieces of masterpiece art on a person’s skin. It takes a tattoo artist a lot of effort and time to draw such beautiful designs, but it’s surely worth it. Recently many artists have mastered drawing realistic tattoos in colour, but black and grey ink realistic tattoos remain ever so elegant, as evident from the picture above. It shows a beautiful eagle head tattoo design and below the head is a human skull etched on one of the arms of the wearer. The blending work of the eagle and the top of the skull has been done with quite excellence. The realistic details of both the skull and eagle tattoos in black ink are surely something to admire.

The two top special military forces of the Aztec Army were the Jaguar Warriors and the Eagle Warriors. According to pictures, they always wore eagle feather headdresses, held weapons, and a shield in hand. It’s quite understandable that eagle skulls and eagle tattoo designs in general held a high significance to them. The picture above is of an Aztec eagle warrior tattoo design on one of the arms of the wearer. The warrior is holding a macuahuitl or an Aztec blade in his hand and wearing an eagle feather headdress. The tattoo is drawn up in solid black ink. The design is made up of geometric patterns in the exact manner of native tattoo designs.

If you’ve found your favourite design then get tattooed and if you haven’t, then don’t sign off yet. Here are a few more suggestions –

Eagle skulls with tattoos of other birds, especially the ones that have similar meaning to skulls or eagle bird tattoos meaning.

Eagle skull and snake tattoo which is quite popular. This skull of eagle and snake tattoo represents mortality, vengeance, and more such notions. These snake and eagle tattoo designs are usually best in traditional style.